"If you've ever wondered if God is real, check below!" 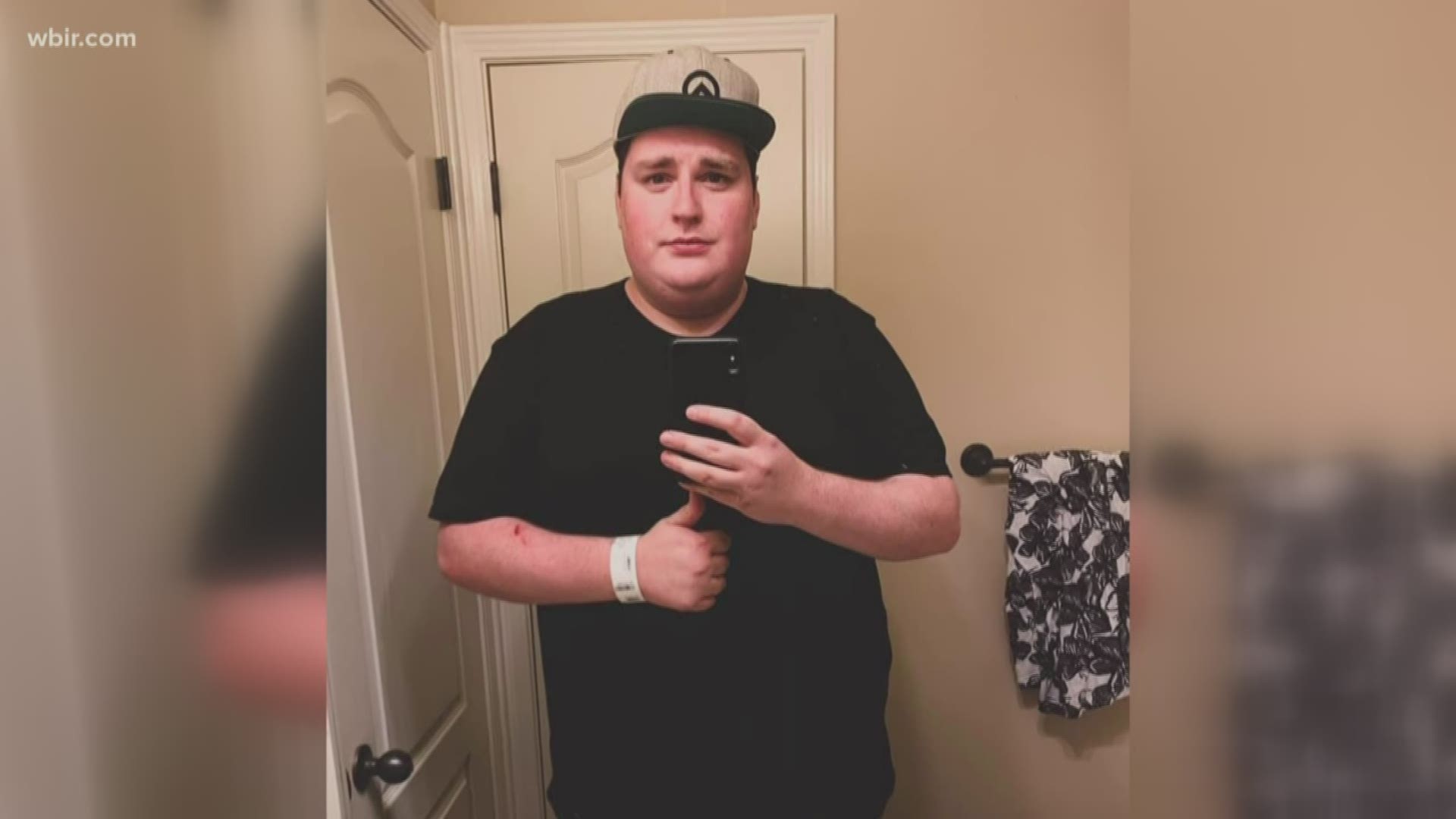 HARLAN COUNTY, Ky. — Jordan Smith has someone watching over him.

The Harlan, Kentucky native and Season 9 champion of NBC's 'The Voice' said he survived a scary-looking rollover crash on Tuesday, crawling out of the wreckage with just a scratch on his arm.

He wrote in a tweet Thursday that he'd won the car through 'The Voice'.

"Also, my trunk popped open and spread all my clothes, shoes, and Only Love CDs all over the interstate. Worst. Scavenger hunt. Ever."

The only thing that remained in place in the car: A Bible in the back window. Smith said he experienced what could only be described as divine protection. 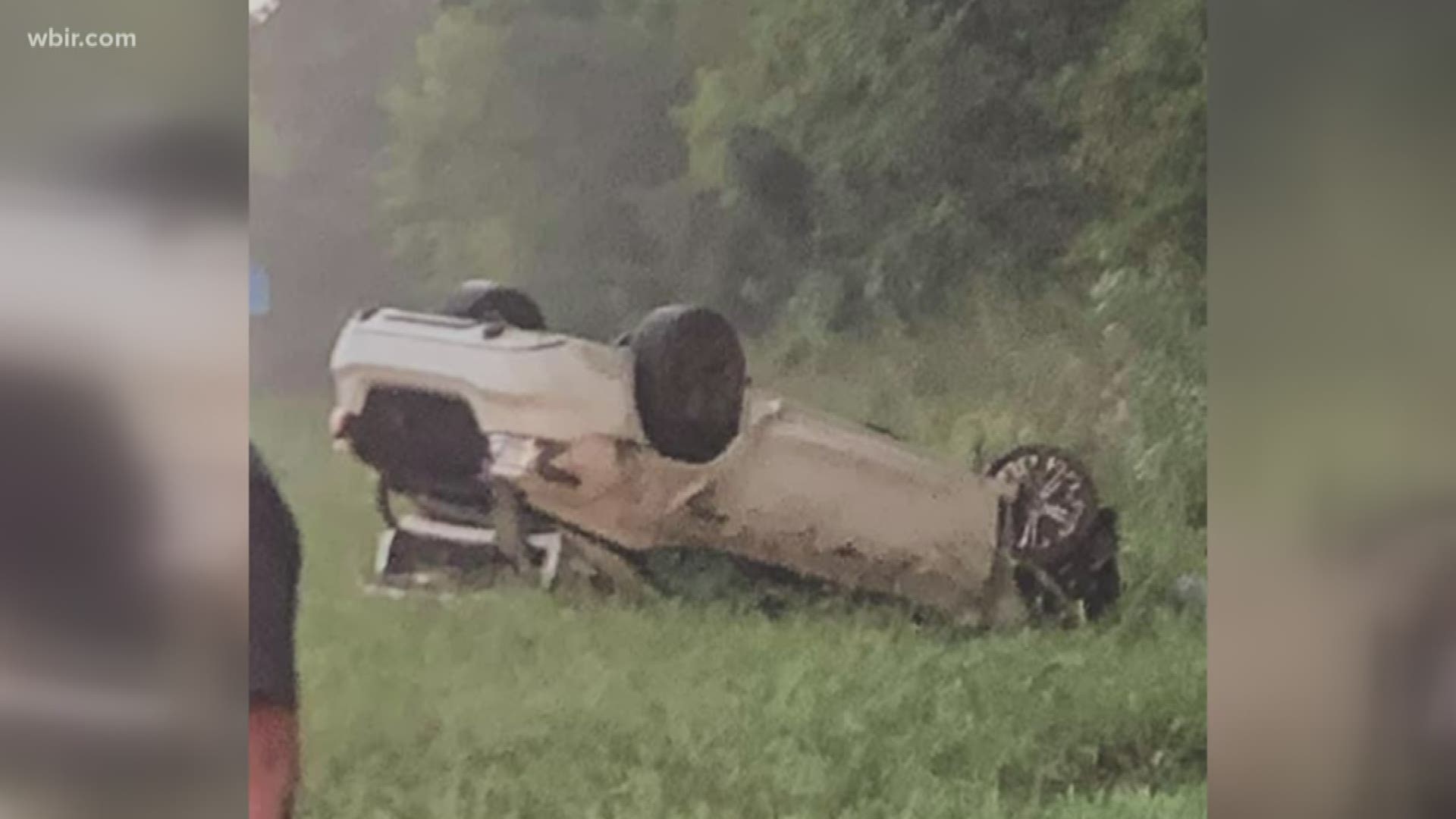 "I was driving my car headed towards Nashville," he said. "It had been stormy and rainy and I had been taking extra precaution, I hadn’t been driving very fast. I had just come out of a really bad storm and there was some water on the road. I was in the passing lane going 65 to 68 and hit some water, and lost control hydroplaned."

He said he fishtailed for a moment and thought he could get back into the flow of traffic but immediately veered off the road and into a ditch, into the embankment and flipped.

"Was so scary but to be honest, as soon as I saw myself going into the grass, I don’t know if I closed my eyes or not," he said. "The next thing I knew I was hanging upside down in my car."

He said it all happened so quickly and he didn't have time to think.

"All I could think of saying was ‘Jesus’. I remember thinking about you know, seeing in movies you see car accidents all the time. Someone hits their head on the window. I knew I was going to hit my head, I knew it was coming. My head did go to the left but it hit the airbags, no soreness on my head, no spots. I remember thinking ‘if you can get through this, I think you'll be okay. I didn’t know what was happening."

He said his phone fell in front of him onto the roof of the car. He unbuckled his seatbelt, called 911 and opened the door and climbed out.

Smith said he wiggled his fingers and toes and said "I'm okay, I don't know how but I knew I was okay in that moment."

He said he does have a small scrape on his arm where the airbag hit his shoulders and his neck is sore from landing upside down.

"The most important thing is I had my seatbelt on. You always, always always have to wear your seatbelt."

He credited his faith, too.

When he went back the next day, he said everything was disheveled.

"My faith kept me grounded. When it saw that it reminded me that everything can be going wrong and in chaos, I don’t have to be afraid. I can feel peace and be grounded in that moment."

As far as music goes, he couldn't say much about what he's working on now.

"I’m in the middle of working on a new project right now. Under wraps but music is one of my number one responsibility. I have a new project on the way and look forward to sharing with everybody coming soon in the future. Big changes happening with me. I can’t wait to share with everybody."

Smith said he plans to watch the new season and looks forward to new talent and seeing Gwen Stefani back on the screen.

"I’ll miss seeing my coach Adam but the Voice is such an amazing show it will continue to inspire even without him."