Nineteen people died after an EF-4 tornado ripped through the Cookeville area. A year later, the community is still healing as they reflect on the tragedy. 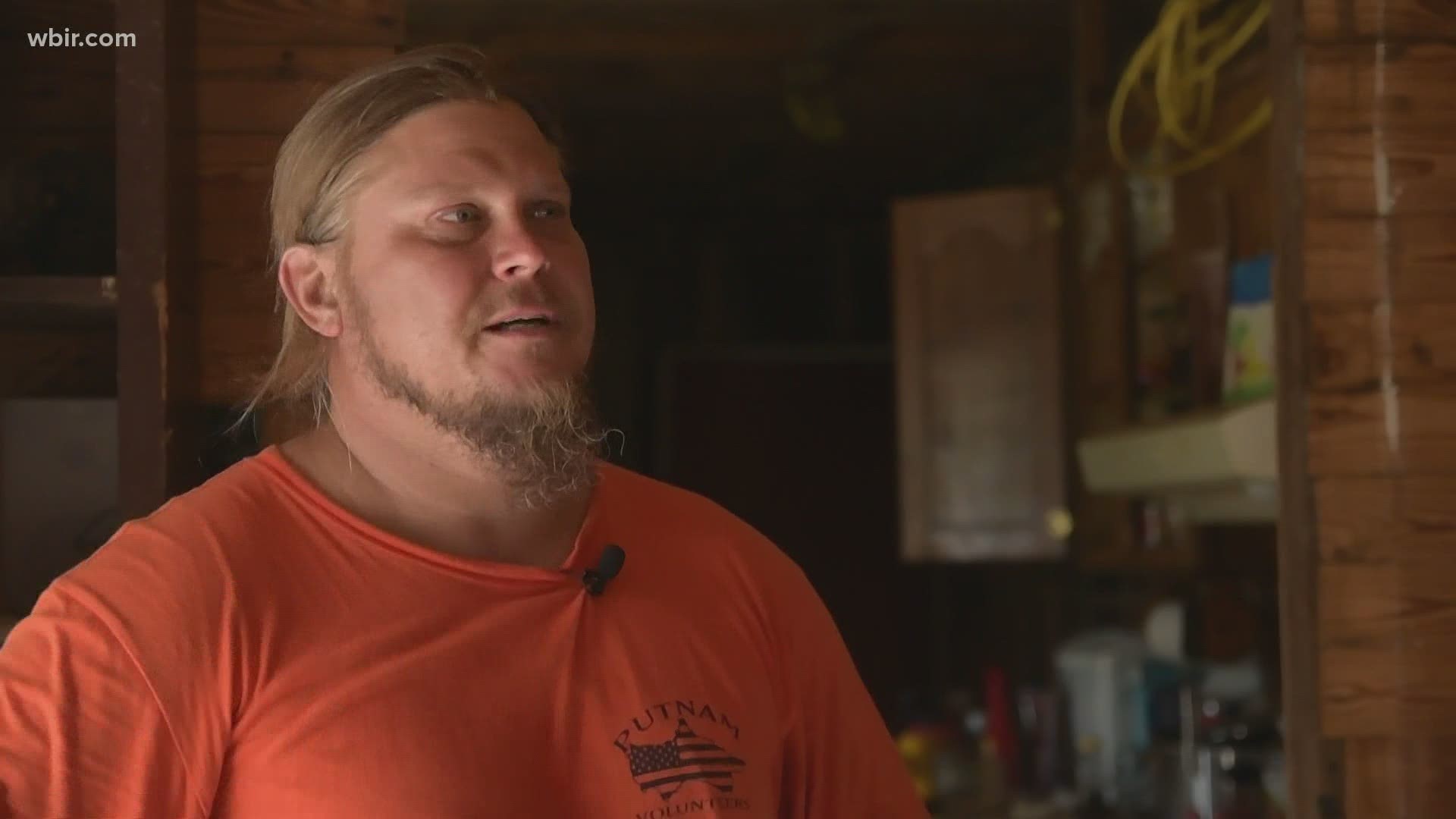 COOKEVILLE, Tenn. — Deanna Sliger Oslund still remembers waking up to a panicked dog in the middle of the night. It was March 3, 2020 and her house was shaking.

“It was just kind of like the Twilight Zone,” Oslund said. “We could hear people screaming. The houses and trees were in the road. It was pretty traumatic.”

To the left of Oslund’s Putnam County home, there are few signs remaining of the EF-4 tornado that killed 19 people in the Cookeville area.

To the immediate right, there are driveways that lead to nowhere. Piles of gravel. Empty lots where houses once stood tall.

Credit: Deanna Sliger Oslund
"We just prayed a blessing over their house for peace and safety," Oslund said. "Just so everyone would know that we're surrounded, we're protected."

“The tornado line goes right along my fence line and just wiped out all of those houses,” Oslund said. “We had to get all new vinyl windows, a roof, shutters, gutters, fence our sheds.”

The past year has been nothing short of difficult for those who survived Cookeville. But Oslund said the community came together to heal and offer support.

“The tornado was a tragedy, but it brought our town closer,” she said. “I’d like people to think of Cookeville as resilient, as volunteers.”

"It's been incredibly difficult ... so we just cling to faith,” Rev. John Nichols told 10News in September. "We trust that God can bring the light into the darkest night, that our faith is built on something that's real.”

That’s exactly what the Mynatt family did when their 2-year-old daughter Harper was hospitalized for a traumatic brain injury.

After spending a month in the hospital, she’s fully recovered.

“She is a happy, funny, thriving almost 3-year-old, and the miracle of her life is something we thank God for every single day,” her mother Jill Mynatt said. “Besides the scar on her head, you would never know anything had happened to her.”

Others are still struggling to process the tragedy of last March.

Jon Letts lost the love of his life, Leisha ‘Liz’ Rittenberry, in the deadly twister.

“She was the best thing that could ever happen to me,” he said. “We completed each other. She meant more to me than life itself.”

Letts and Rittenberry should have gotten married last October. Instead, Letts built a memorial for her in his living room.

“I still have a lot of guilt, because we were in the exact same bed next to each other and somehow I made it out and she didn’t,” he said. “I’ve pretty much been lost. I’ve just felt so alone.”

Melissa Nelson said her daughter was an amazing young lady with a goofy attitude. She misses Leisha every day.

“She could’ve changed the world just with the way she was,” Nelson said. “She went all out of her way to always try and make others happy … and a lot of people miss her.”