The parade had to be canceled due to inclement weather, and it's the first time the city can recall that happening in recent memory. 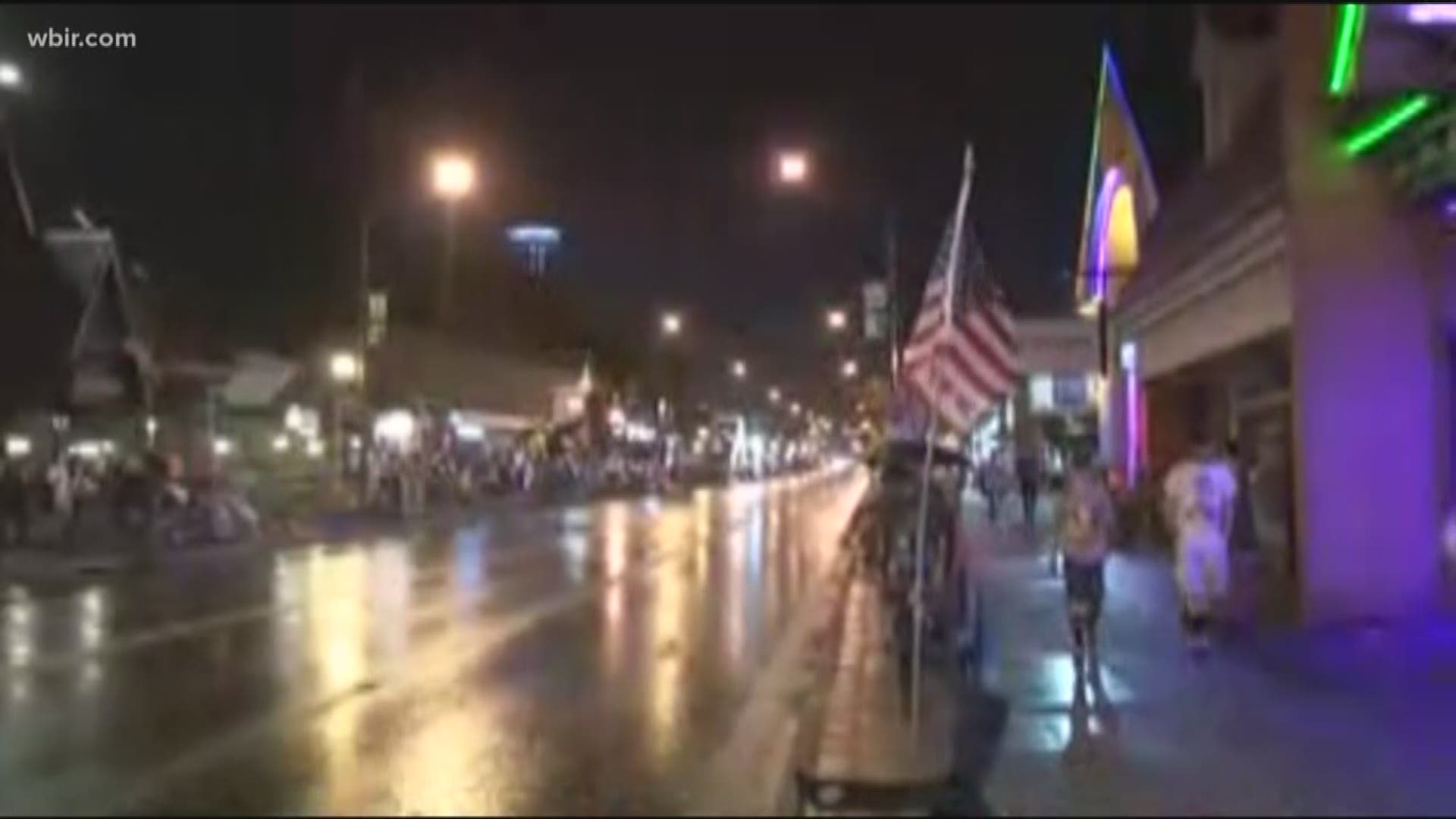 GATLINBURG, Tenn. — UPDATE (11:15 p.m.): Because of severe storms and inclement weather, the City of Gatlinburg made the tough decision to cancel the 44th annual Fourth of July Midnight Parade for people’s safety.

That's coming from Marci Claude with the City of Gatlinburg.

"We greatly appreciate everyone for coming out to celebrate the observance of the holiday. We hope that everyone will return tomorrow for more holiday celebrations," she said.

Claude said she can't recall the parade ever being canceled in recent memory.

A Severe Thunderstorm Warning had been issued around 10:45 p.m. as a line of pop-up storms began moving through Knox, Blount and Sevier counties. Those storms later began moving into the Gatlinburg area, and brought lots of lightning and heavy rain.

The Gatlinburg midnight Fourth of July parade is one of the first Independence Day parades that kicks off in the country. People come from all around to see the light up floats, performers, and entertainment in the dark.

The key to getting a good spot and making sure you don't miss the spectacle is to arrive early.

Marci Claude with the City of Gatlinburg explained how it's better to make the trek downtown sooner rather than later.

"Set your chairs out on the sidewalk a little bit early and mark your territory and have your spot all set aside so that way you won't get caught up in that last minute traffic with people trying to get in."

If you don't want to fight the crowd, we've got good news for you! WBIR will be streaming the parade live on WBIR.com and on the WBIR Facebook page.

There are some road closures to be aware of so you don't get caught in traffic and miss the parade. The City of Gatlinburg's website says:

In preparation for the parade, the Gatlinburg Police Department will close two southbound lanes of Highway 321/East Parkway from Food City to Little House of Pancakes at 6:45 p.m. on Wednesday, July 3.

Immediately prior to the parade, all traffic on Highway 321/East Parkway, northbound and southbound, will be stopped at 11:15 p.m. until the parade passes. Additionally, all northbound traffic on Hwy 441 will be re-routed from the National Park to the Gatlinburg Bypass at 11:30 p.m.

All traffic will be stopped throughout the parade route at 11:40 p.m. and will not resume until the end of the parade."

The parade is free and family friendly.

The city has been prepping all year for the 44th annual parade. It steps off right at midnight and is expected to last until 2 a.m.

Floats from places like Ripley's Aquarium, Dolly Parton's Stampede, and Anakeesta will go through downtown Gatlinburg. Claude teased that the floats are very impressive this year.

Claude also encouraged visitors to check out Gatlinburg's Independence Day events and celebrations happening all day on the 4th.