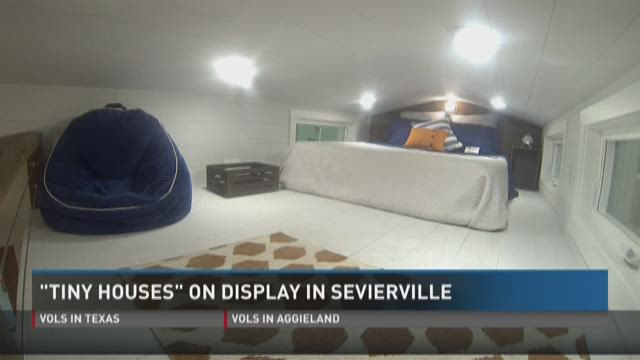 A simplified lifestyle is a growing cultural trend.

Not just with millennials, but baby boomers on their way to retirement as well. One of the ways people are looking to make that change is the place they call home.

The "tiny house" movement has been trending over the last few years, and Friday the Tiny House Roadshow landed at the Sevierville Convention Center.

"I think the simplicity of getting rid of all the burdens in life that bog us down every day, the big houses to clean, the big mortgage payments, this movement is about simplifying a life and having more freedom,” said contractor Ben Kennedy.

"We built our first one to donate to flood victims of South Carolina, that’s what really got us started and after that we got inquiries from all over the United States,” said Kennedy.

"People are starting to second guess getting locked into a 30-year mortgage, people have second guessed having a 2,000-square-foot house,” said Kennedy. "Our culture is all about things, and we've learned you don’t have to have things to be happy.”

Because this movement is still so new, builders and buyers have hit some roadblocks. Many cities and counties don't allow tiny homes or have unclear regulations on them.

"Building officials are a little weary of tiny houses because there's nothing that controls how they are built or who builds them and that’s something that needs to change and will be changing over time,” said Kennedy.

In Knoxville, the square footage of your home limits how many people can live there.

Kennedy believes the homes could be a good option for housing for the homeless and veterans.

The Tiny House Roadshow continues in Sevierville Saturday and Sunday starting at 9 a.m.