Tips for staying safe on the water during the summer

Experts are encouraging boaters to take extra precautions before hitting the waters. 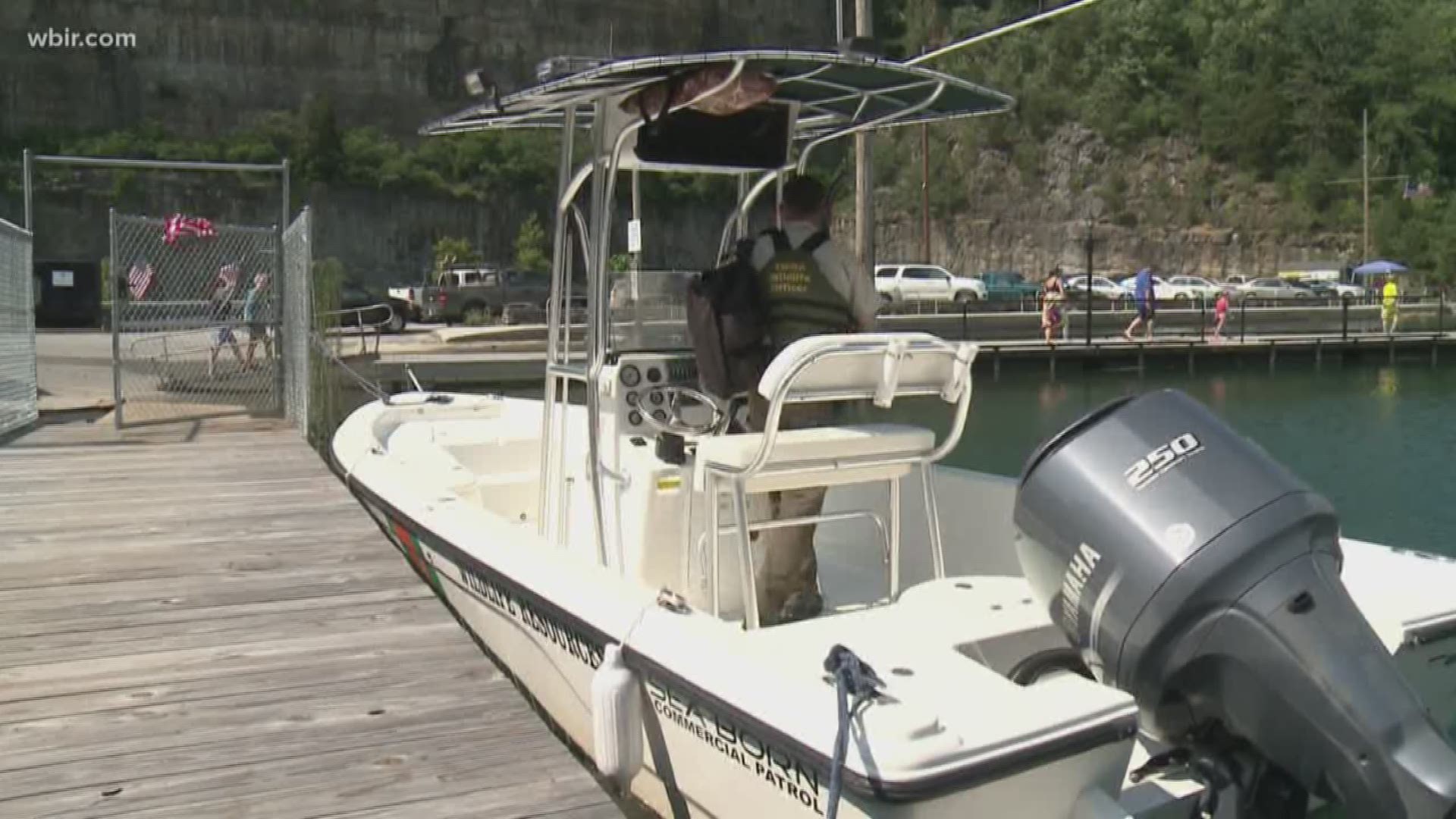 With the Fourth of July holiday week in full swing, the Tennessee Wildlife Resources Agency said it is expecting large crowds of people to be out and about on the water.

"It's the busiest boating week of the year," TWRA spokesman Matt Cameron said.

In the past three days, there have been three serious boating incidents in East Tennessee that hospitalized four people, according to Cameron.

RELATED: TWRA: 4-year-old seriously injured after being struck by a propeller on Douglas Lake

"You just have to be aware of your surroundings at all times to avoid putting yourself in a dangerous situation," he said.

"It's very easy just to get out there and think you can jump on a boat and go, and you probably can," Farmer said. "But the more education you've got, the more relaxed you can be, the more prepared for any sort of eventuality."

He said one thing boaters should look out for while driving is floating objects.

"We have a lot of floating debris in the water and if you hit something that you didn't see, you can damage your prop or even damage the engine or the boat itself," he said.

However, not all of the dangers can be physically seen. Farmer said the combination of sunlight, being out on the water and the motion of the boat can cause what's called 'boater's fatigue.'

"It impairs your reaction time," he said. "Sometimes, things can come at you pretty quick, so you need all the reaction time you can get."

Other things Farmer advised boaters to be cautious of is not boating under the influence of drugs or alcohol, being courteous with their wake and wearing personal flotation devices.

The TWRA is giving similar advice to those looking to enjoy the Fourth of July afloat. Cameron said he would also advise anyone looking to swim from a boat to purchase an anchor to prevent any incidents.

"Anchoring a boat that you're swimming from is probably going to be the best way to prevent a boat separating from your swimmers," he said. "Pick up an anchor and enough line to secure the size of boat that you'll be using."

If you don't have an anchor or someone accidentally goes overboard, he said people should follow the reach, throw, row and go method.

First, try to reach the swimmer with a paddle or something they can grab onto. If the distance is too large, try throwing a flotation device. If that still doesn't work, try rowing your boat closer to the swimmer. Do not turn on the engine, as that causes a number of accidents every year.

If you must go in the water to save the other swimmer, put on your own life vest first to ensure your safety. Then, bring another life vest to help the swimmer make it back to the boat.

And if all else fails, Cameron said you can simply call 9-1-1 to get the help you need. The TWRA said boating accidents have caused two fatalities in Tennessee so far this year.

23 people died from boating accidents in Tennessee in 2018.