Numerous allegations against Food City were made in the state's 208-page complaint. 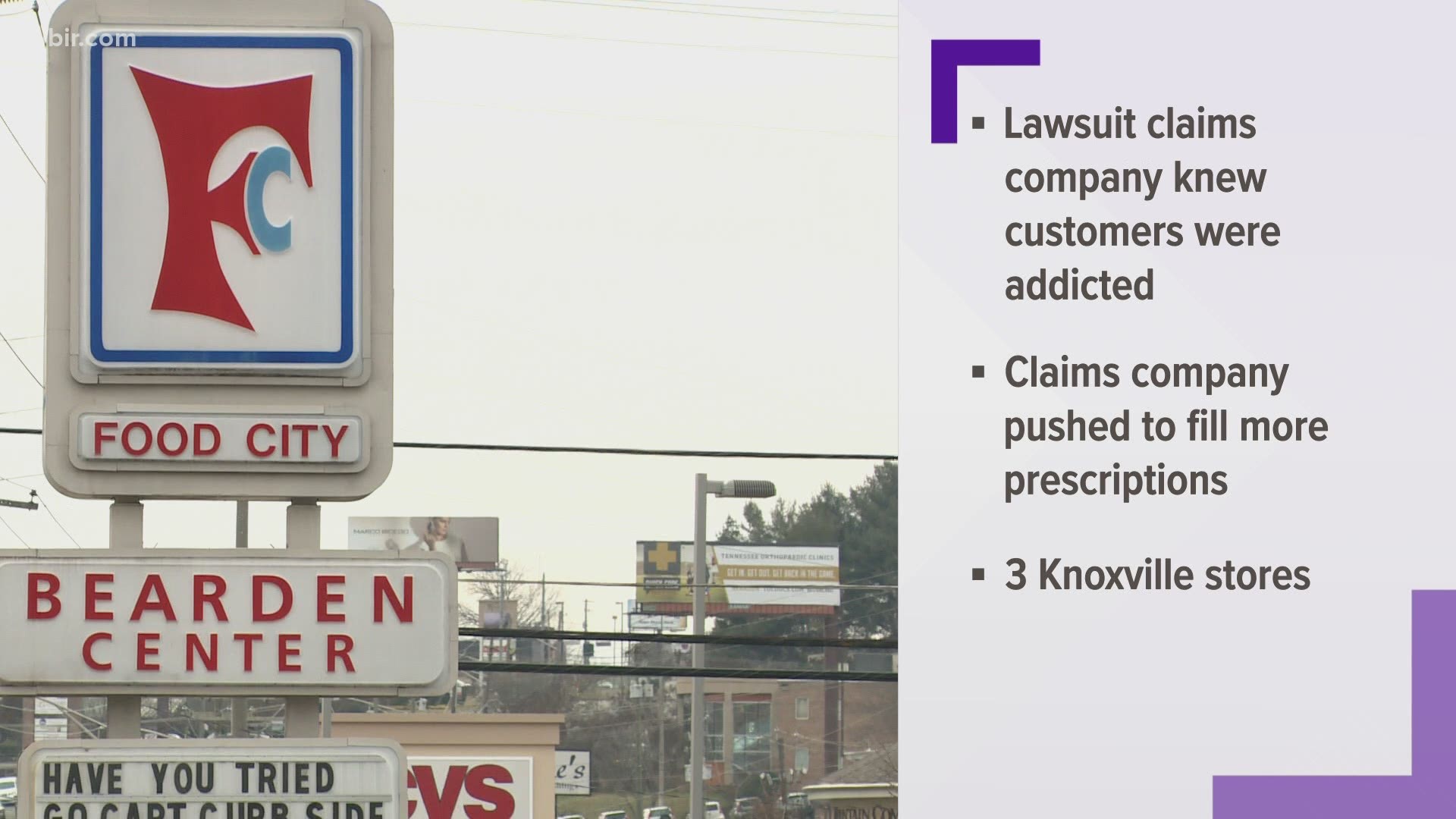 In a statement to our NBC affiliate WCYB, Food City said it "vehemently disagrees with the allegations contained in the lawsuit and will vigorously defend itself through the litigation process."

“Food City made a lot of money from filling opioid prescriptions," Slatery said. "In itself that’s not a problem. The problem is how they did it. The company knew its customers were addicted. It knew the pill mills writing the prescriptions were some of the worst actors at any level of the opioid crisis. But Food City did virtually nothing that would disturb that income stream. It stoked the market with the most diverted and abused opioids, pushed its pharmacists to sell more and more, and ignored the most alarming evidence - overdoses and illegal sales taking place right outside the pharmacy door.”

Numerous allegations against Food City were made in the state's 208-page complaint.

The complaint alleged the company also "illegally and secretly transferred numerous opioids among Food City pharmacies to ensure a steady supply and get around supplier thresholds."

Food City denied wrongdoing in a statement sent to WBIR.

"The lawsuit’s allegations are grossly incorrect and unfair regarding Food City’s approach to serving its pharmacy customers. K-VA-T recognized during the relevant time period that a few of its pharmacies dispensed a high volume of pain management prescriptions.  Therefore, the company contracted with independent auditors and experts in pharmacy best practices to assure that its dispensing practices were compliant with all state and federal regulations."

K-VA-T added that it cooperated with the attorney general prior to the filing of the complaint and that attempts to resolve this matter were rejected.

"It is particularly troubling that the Attorney General chose this particular time amid the already challenging COVID-19 burdens to attack a local business that the State of Tennessee has deemed essential - a company that is an employer of thousands of Tennesseans during the worst economic environment in recent history," the company added in its statement.