More than 170 troops spent over a month in the U.S. Virgin Islands helping with hurricane relief efforts. 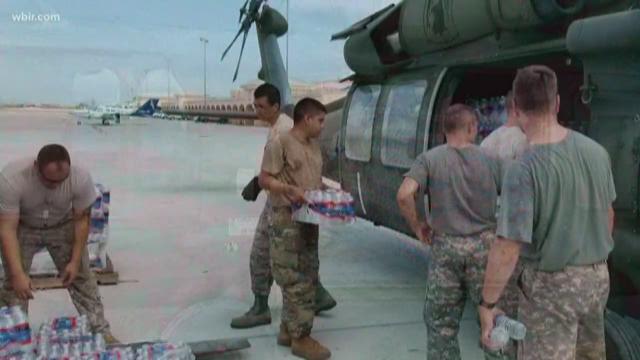 More than 170 Tennessee Army National Guard troops are back home after spending over a month in the U.S. Virgin Islands aiding with hurricane relief efforts.

The troops based in St. Croix helped fly water and supplies to remote areas and flew power generators all across the island.

"It was pretty bad when we first got there," said Patrick Wade, Battalion Commander 1-230th Assault Helicopter Battalions. "All the leaves were blown off, the vegetation was all blown off the island. Everything was brown, the roads were pretty much impassable with telephone poles."

The troops deployed in late September and stayed until the end of October. They lived on a FEMA ship while they were there.

"By the time we left we saw a lot of improvements with the roads being cleared and things starting to get back to normal," said Wade. "Being the Volunteer state, we get that name for a reason. So it was a good opportunity for us to go down and help them."

More than 140 military police officers were also deployed. They aided local police to help keep order while power was out.

"We worked intersections directing traffic, we did a lot of curfew enforcement due to the lack of power," said Jason Stockton, Executive Officer 117th Military Police Battalion based in Athens, TN. "There was very little disturbances, no looting, no increased crime."

Seven Tennessee troops and four helicopters from the Tennessee Army National Guard remain in the Virgin Islands aiding in the recovery process. They are expected to return home soon.