OR pilot dies when Knoxville-bound plane crashes in Alabama 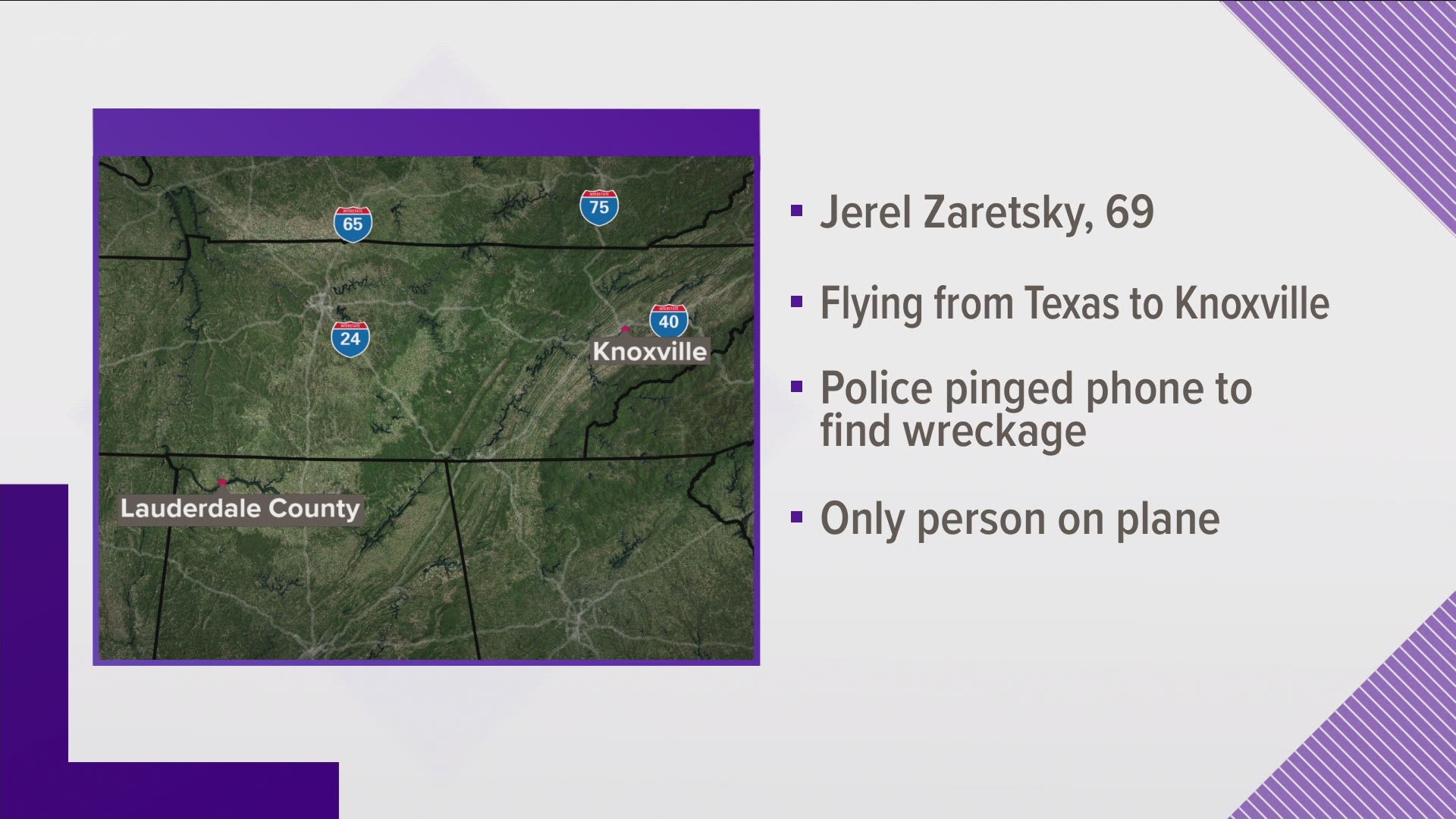 The pilot was identified as Jerel Zaretsky, 69. He was flying from Texas to Knoxville at the time, according to media reports.

Lauderdale County, Ala., authorities were alerted about 8:30 p.m. that a plane might have crashed. Zaretsky was supposed to have been in the area near the Tennessee line about 4 p.m.

Zaretsky's family alerted Oak Ridge police that his plane had disappeared from around 2 p.m. Wednesday after leaving Mississippi about an hour earlier, according to the city of Oak Ridge.

Deputies then headed out to search. Numerous agencies joined the search as well as a helicopter.

Wreckage was spotted about 11:30 p.m. Wednesday in woods about a half mile from the nearest dirt road near a wildlife management area. Zaretsky's body was removed from the scene.

Zaretsky was by himself on the plane.