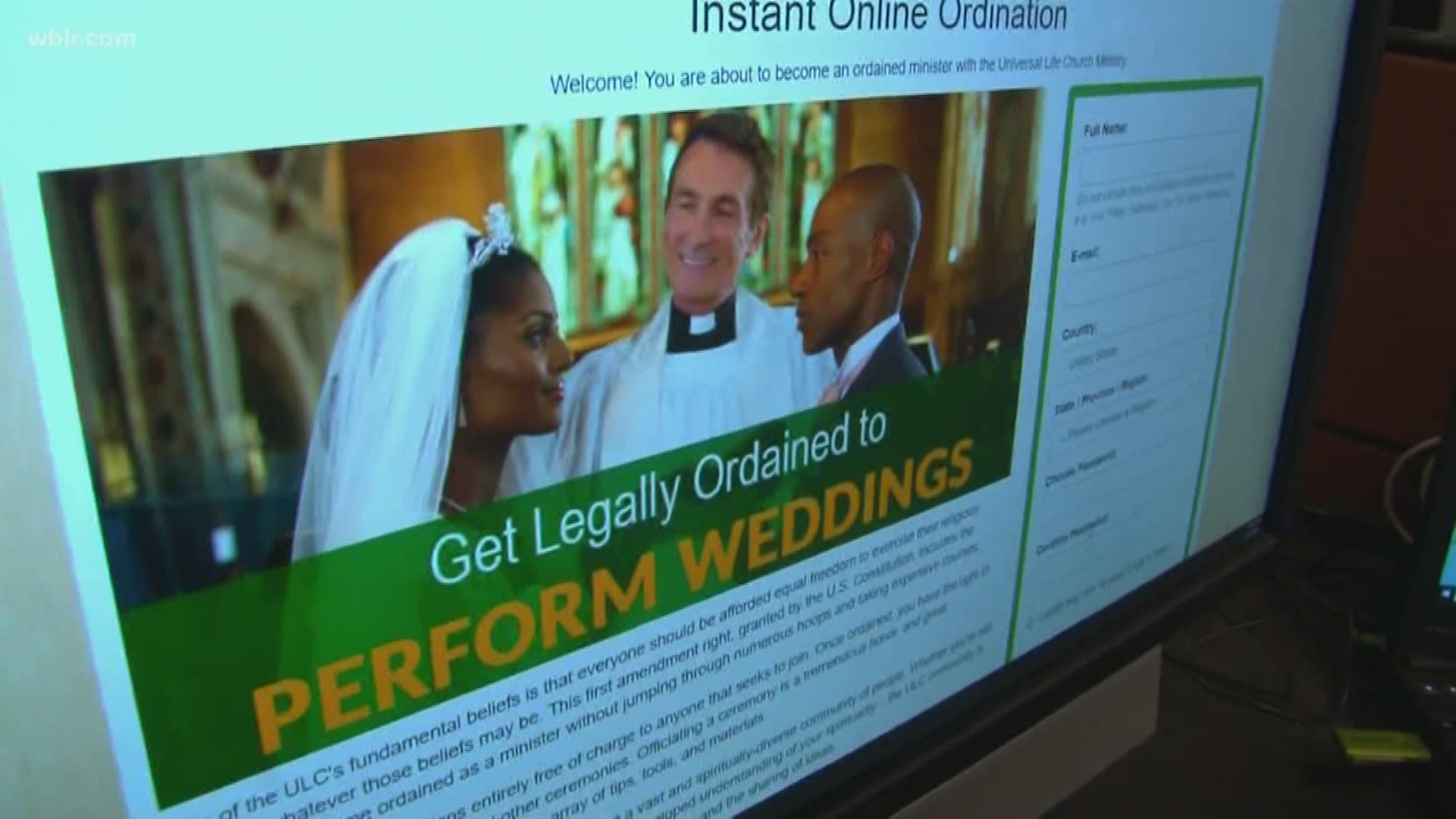 It's your wedding day, and the happy couple has a choice of any ordained minister to officiate the wedding.

"It's a happy event for most people, and something everyone enjoys being a part of," said Knox County Clerk Sherry Witt.

But in Tennessee, that's changing soon.

"As of July 1st...an internet-ordained minister will no longer have the authority to solemnize weddings," Witt said.

Witt said the law prevents ministers who were ordained online to officiate weddings.

She says it adds members of the Tennessee General Assembly to the list of other government officials who are allowed to.

Witt says it doesn't change much for her at the office, however.

"As the clerk, my duty is to ensure the correct paperwork is submitted to the state," Witt said. "I am not allowed to question anyone's authority to marry."

Lt. Governor Randy McNally says he voted against the law.

"When it came up in the Senate, I did not vote for it because I felt like it should be a minister that officiates at a wedding, not just a public official," McNally said.

He says he's turned down offers to officiate weddings for that reason.

Witt says the courthouse is available to have your marriage solemnized by someone who's allowed to do so in Tennessee.

"There is actually a pastor that comes to the courthouse two or three days a week and will solemnize a marriage as well," Witt said. "And we have a lot--we see a lot of them up there."

Witt suggests calling your county clerk's office before you go get your marriage license.

That way, you know exactly what paperwork you'll need, and it'll go smoothly.