A video posted on Facebook by Amanda Adams shows a crowd of people scatter as the bear darts across the road near China Bazaar on the Parkway. 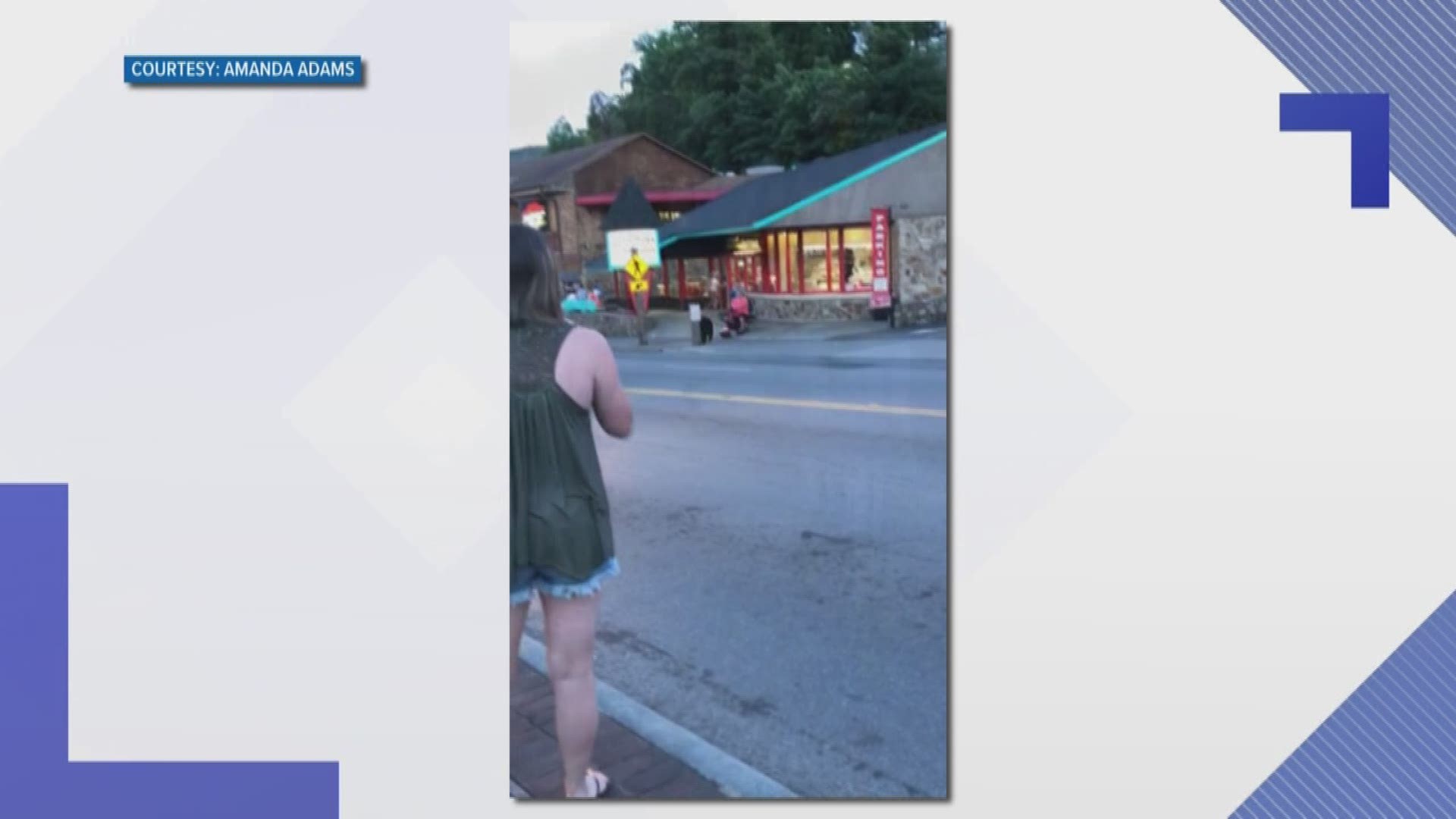 Tourists were run off the road and sidewalks of Downtown Gatlinburg Thursday night after a black bear decided it had to cross.

A video posted on Facebook by Amanda Adams shows a crowd of people scatter as the bear darts across the road near China Bazaar on the Parkway.

In her post, she wrote "I just had a heart attack y’all. A bear was running around gatlinburg !"

Adams was in town visiting from Branch, Mississippi.

You can see in the video the bear leaves the area running towards the Pizza Hut.

The Tennessee Wildlife Resources Agency says there have been many bear sightings recently in East Tennessee.

TWRA Spokesperson Matt Cameron says the bear moved through Gatlinburg and kept on going. Cameron says there are several bears that live within the city limits in Gatlinburg, and it isn't unusual to see one wander through town once in a while.

- Never feed or approach bears.
- Do not store food, garbage or recyclables in areas accessible to bears.
- Remove bird feeders where bears are active.
- Feed outdoor pets a portion size that will be completely consumed during each meal and securely store pet foods.
- Keep grills and smokers clean and stored in a secure area when not in use.
- Talk to family and neighbors when bear activity is occurring in your area.