The building was evacuated while crews put out the massive fire. There were no injuries. 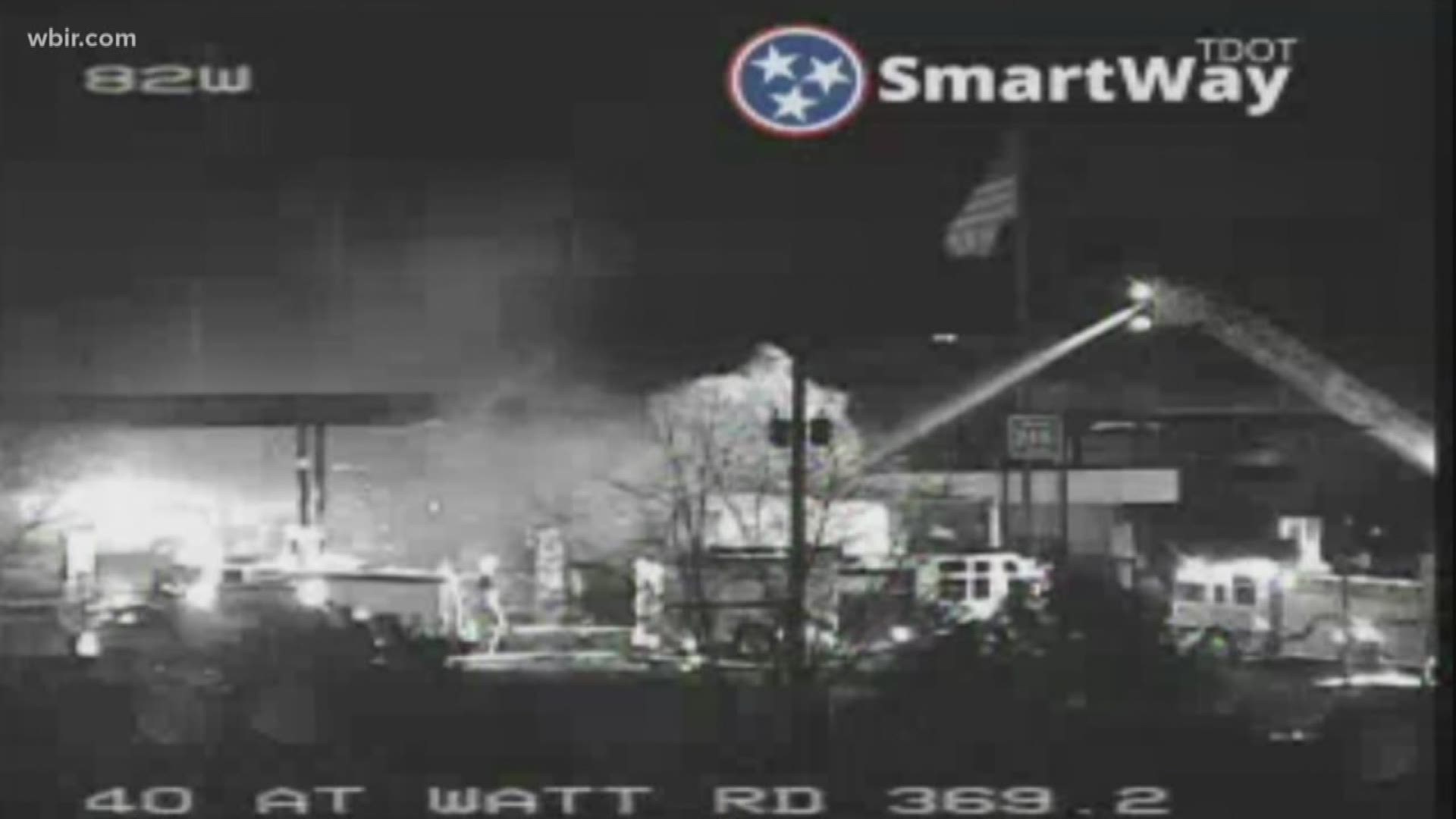 Rural Metro Fire responded to a massive truck fire at a gas station in West Knox County early Tuesday morning. By 5 a.m., the flames were extinguished and the cause of the fire was under investigation. No injuries were reported.

Jeff Bagwell with Rural Metro said firefighters responded to a call about a tractor-trailer that was on fire at around 1 a.m., Dec. 2. The flames were by the fuel station at Petro Stopping Center on North Watt Road.

Rural Metro used foam to control the fire before transitioning to water and extinguishing it, authorities said. The fuel shutoff for the station was activated before responders arrived, helping prevent fuel from igniting. The building was also evacuated.

According to authorities, the trailer was filled with foam mattresses. Both the tractor and the trailer were destroyed, but the building and overhang did not have serious damage.