The new law will make it possible to buy crop insurance for hemp, erasing some of the risk for farmers who want to expand into the new market, and allow hemp to be moved across state lines, expanding options for exports and sales. 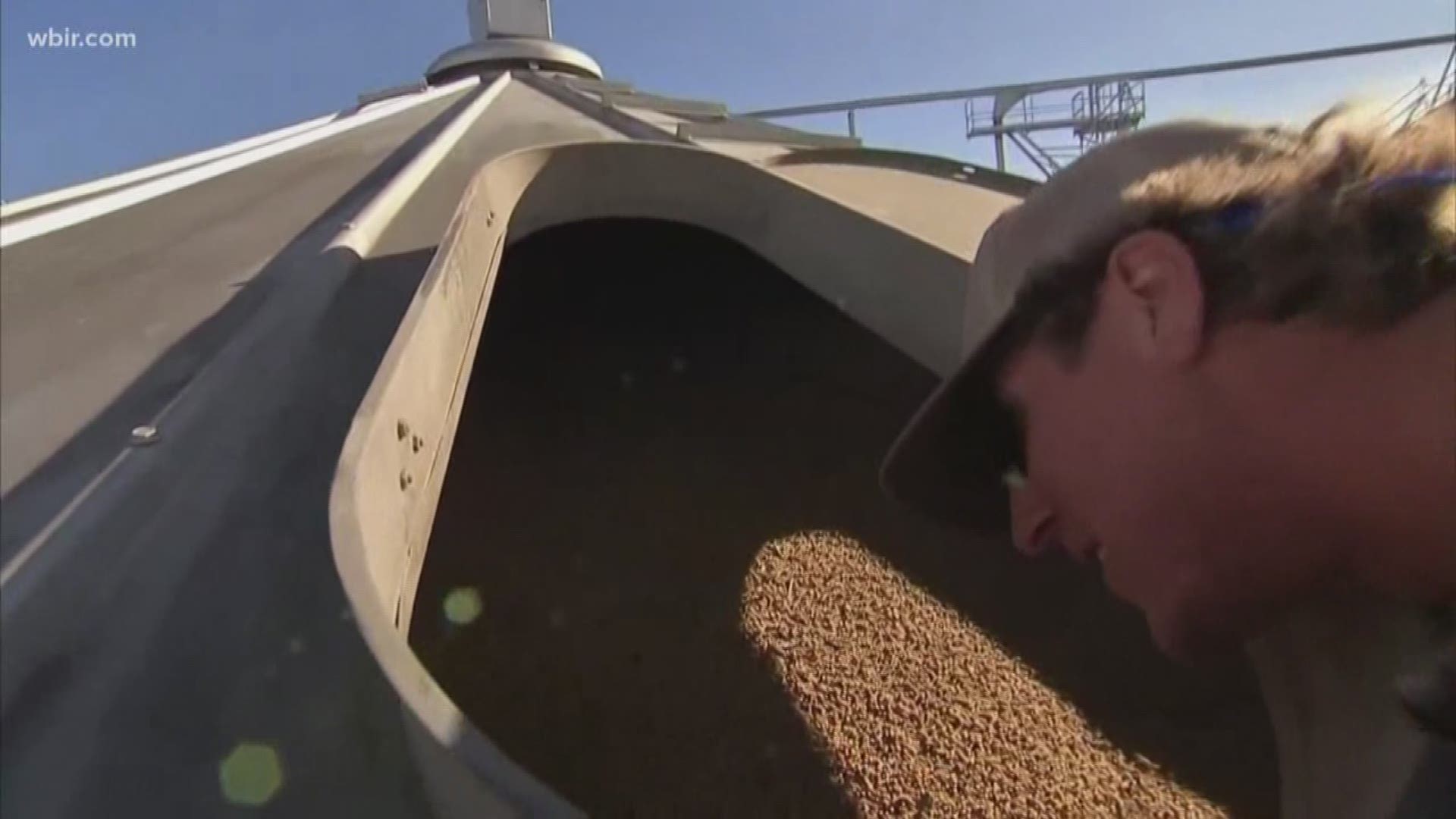 The new law will make it possible to buy crop insurance for hemp, erasing some of the risk for farmers who want to expand into the new market, and allow hemp to be moved across state lines, expanding options for exports and sales.

"That would be ginormous," said Billy Wall, who farms 70 acres of hemp in Franklin and owns a hemp processing lab in Murfreesboro. "It would finally put us on equal footing with regular farmers. It would be huge for all of us."

Hemp, which is closely related to marijuana but has no psychoactive effect, has been classified as a controlled substance under federal law for decades. The Farm Bill removes this designation and reclassifies hemp as an agricultural product, legally distancing hemp from pot, which is still illegal to grow in most states.

Trump called the Farm Bill a “tremendous victory for the American farmer” during a scattershot signing ceremony during which the president boasted about recent bipartisan criminal justice reform legislation, called former FBI Director James Comey a "liar" and attacked Democrats for their objection to his proposed border wall.

Moments later, Trump praised the Farm Bill as a rare bi-partisan victory, then congratulated Democratic lawmakers who he said had contributed heavily to the bill.

“I’ll probably have to deny that someday, but I won’t do that because you worked really, really hard," Trump said.

Tennesseans have been able to farm hemp for five years through a closely monitored government pilot program, and the new law doesn’t change that. William Freeman, a spokesman for the Tennessee Department of Agriculture, said anyone who wants to grow hemp is still required to be licensed by the state, but that licensed farmers will now be allowed to take their harvest across state lines. This provides hemp farmers and processors with “new options and increased markets.”

“We expect this change in federal regulation will offer additional opportunities for Tennessee farmers,” Freeman said in an email. “Additionally, Tennessee’s universities will have fewer restrictions and be able to do more research on this plant as an agricultural commodity.”

State records show that most licensed hemp farmers are small hobbyists, farming only a few acres, but commercial-scale hemp farming is rising quickly, in part because the industry is recruiting struggling tobacco farmers. This year, as least seven of the state’s top 10 hemp farmers came from tobacco-growing backgrounds.

Hemp can either be grown as fiber, generally used to make clothing, rope and building materials, or to be harvested for its cannabidiol, or CBD, which is advertised as having broad but often unverified health benefits. Tennessee’s CBD market has exploded in recent years, and CBD oils, lotions and food can now be found for sale in dispensary-like stores throughout the state.

The passage of the Farm Bill is also expected to have ramifications in the sale of CBD products, which until now has had to largely survive without common financial infrastructures like bank loans and credit card services, said attorney Jonathan Miller, an expert on hemp law in Kentucky.

Miller said that most banks and credit card companies have avoided the industry altogether because the legal status of hemp has been in flux for years. Large retailers like Wal-Mart and Target have also waited on the sidelines, interested in selling hemp products but unwilling to take the risk, he said.

“Everybody who has been in the industry before now has taken a risk, and frankly, I think it’s proven to be a wise risk. But this Farm Bill, more than anything, takes away that risk … There is no longer going to the specter of the DEA coming in and arresting people.”

If you're interested in hemp farming, the Tennessee Department of Agriculture has resources for getting started at this link.