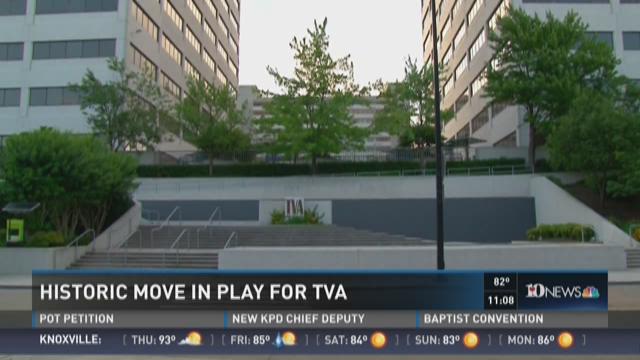 One of the largest power providers in the country says it's seeing renewed interest from buyers looking at a couple of landmark towers in downtown Knoxville.

In April, the Tennessee Valley Authority announced the potential sale of the twin towers that have marked its headquarters for decades.

“We’ve certainly had people reach out to TVA saying that they are interested," spokesperson Jim Hopson said. "But, we’re still very early in the process."

Hopson said TVA first occupied the iconic towers in 1976, but as the company now houses only more than 1,000 employees, operations have changed drastically since then.

“We’re simply looking forward to having a facility that is more appropriate to the size of population that we have working here in the Knoxville area," he said. “If you have too many [office spaces], if they’re too big or outdated, that’s actually costing our rate payers in terms of upkeep and modernization.”

Those same reasons are why commercial property manager Justin Cazana suggests the historic buildings could be a tough sell.

"It's going to be difficult. Those are huge properties," Cazana, who works for Avison Young, said. "You're talking about 600 square feet of office buildings right in the center of downtown Knoxville, and it's not the size necessarily, but the age."

"They’re not as functionally-useful as they first were when they were built, so that’s what a buyer is certainly going to have to take into consideration,” he continued.

But if the towers make it to market, he said developers could re-energize that space overlooking Market Square.

“I think the opportunity is there to take down both buildings, to create a retail environment along part of it and at the same time, develop more condos and apartments on one side and a new office building on the other," Cazana said. "I think upwards of 200,000 or 300,000 square feet of ... office development would really be a boom to downtown, would keep more people downtown, would drive more corporations to come back.”

He said this potential sale is perfect timing for a property-use upgrade.

One potential move for TVA, if the buildings are officially up for sale, is right around the corner from its current location at Summer Place Building.

"Part of the arrangement would be for the new owner to construct a new building for TVA's purposes, and we would lease that facility," Hopson said.

While the sale, move and market prices are still up for debate, Hopson said TVA doesn't want to go far.

"Obviously, TVA wants to stay in downtown," he said. "We really feel important to have a presence here in this vibrant capital of East Tennessee."