TVA said 18 of its 29 dams are spilling in some capacity, including all 9 major dams along the Tennessee River. 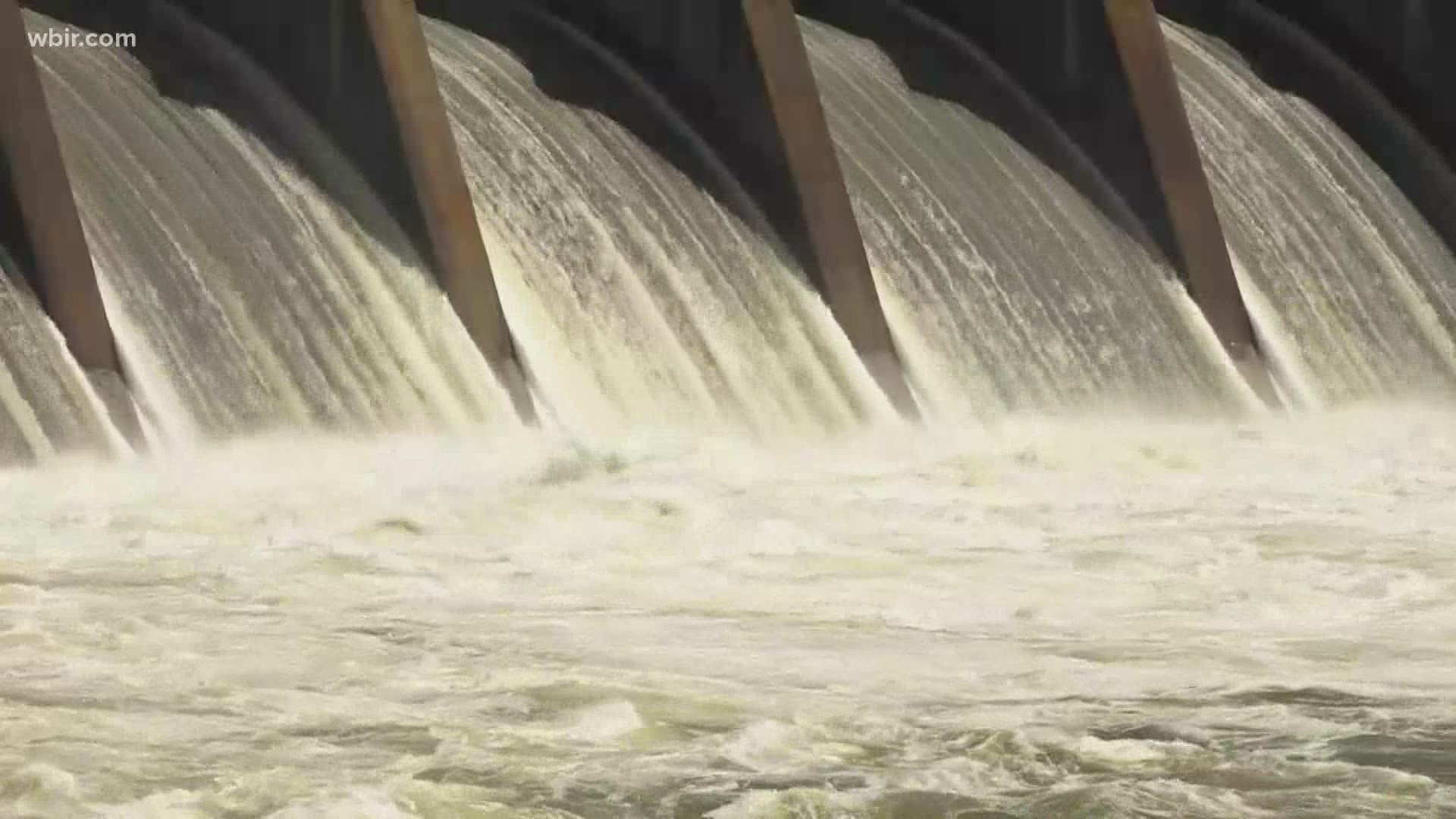 LOUDON COUNTY, Tenn. — All the rain in recent days has TVA working hard as the nine major dams along the Tennessee River system continue to spill water this week.

That means we'll see levels changing over the next few days.

Right now, water levels look high across the area as the dams work to redistribute all the water gathered with the rain over the weekend.

"Just holding back where we could and letting the pool levels rise to protect the downstream interest and flooding in some of the more flood prone areas," said Darrell Guinn, operations support manager with TVA's River Forecast Center.

Guinn said several waterways are at or above summer pool levels, but they won't stay that way long.

"The whole premises of being able to return the reservoirs back to their normal elevation for this time of year is really critical to be able to provide that flood protection," said Guinn.

That's why right now 18 of TVA's 29 dams are spilling in some capacity.

That includes Fort Loudoun Dam, where they're spilling at a rate of 37,000 cubic feet per second.

To give that some perspective, Guinn said a basketball is about the size of one cubic foot.

So imagine 37,000 basketballs pouring over that dam every single second.

That would be enough to stop people from boating too closely, a warning TVA constantly sends when the dams are spilling.

"Those waters are extremely dangerous, and exercise extreme caution if you're in that area, but we advise you to stay out of it," said Guinn.

Another safety concern is debris.

Constant water movement is dredging up everything from trash to tree limbs, which can lurk just under the water's surface and harm people and boats.

Stay aware on and near the water as levels change a lot this week.

Here's some perspective regarding just how much water is spilling out of Fort Loudoun Dam right now, metaphor courtesy of @TVAnews @wbir pic.twitter.com/HaL4vLSY7H