TVA has been working to draw back on its existing coal plants and move ahead with other sources of energy production. 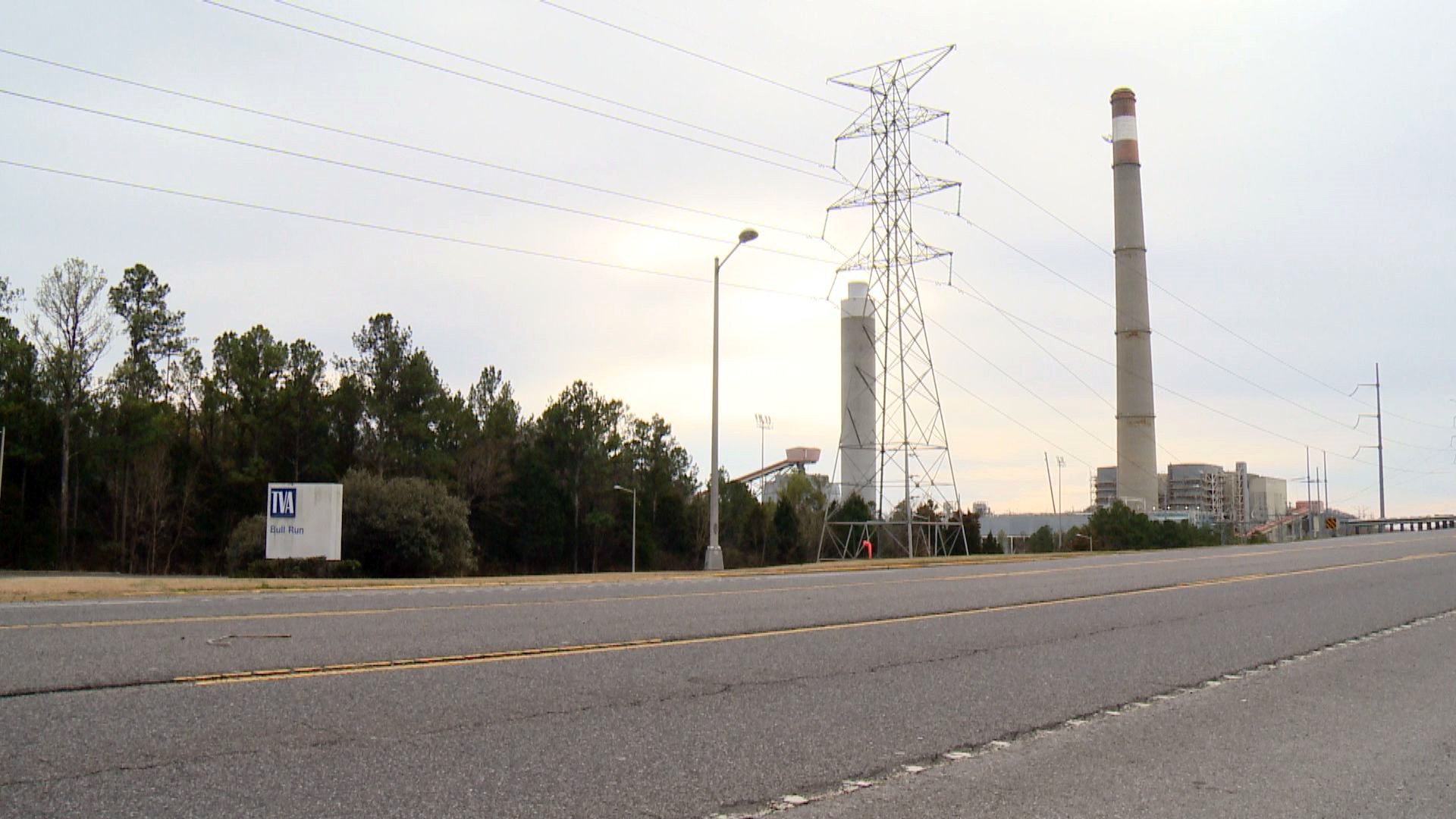 ANDERSON COUNTY, Tenn. — Thursday the TVA Board voted unanimously to retire the Bull Run Fossil Plant in Anderson County by December 2023, despite political pressure from President Trump to continue the operation of coal-power plants. TVA's board also voted to close the Paradise Fossil Plant Unit #3 in Drakesboro, Kentucky, by the end of 2020.

Bull Run is the only single-generator coal-fired power plant in the TVA system. When the generator went into operation in 1967, it was the largest in the world in the volume of steam produced.

TVA has been working to draw back on its existing coal plants and move ahead with other sources of energy production. In recent years, TVA has shut down more than 30 of its 59 coal-fired units, including two Paradise units in recent years.

TVA said the Bull Run plant is too expensive to operate and it is not nimble enough to quickly respond to modern ups-and-downs in power demands.

"We have not been able to use the plant effectively for the last couple of years. It is designed to run at full capacity and has to be turned on several days in advance to get ready for an expected peak [in demand for electricity].  Then if that peak drops off, we have to turn it down quickly. Coal plants are not meant to do that," said TVA spokesperson Scott Brooks.

More than 100 people work at the Bull Run plant. Brooks said many employees will be able to retire and TVA will attempt to help others find new employment.

The Anderson County Commission asked TVA not to close the Bull Run coal-powered facility, or convert it to a more nimble natural gas operation.

Anderson County mayor Terry Frank said now that TVA has made its decision, she wants to ensure the site is used in a way that benefits the region.

Frank said there will likely be a positive reaction to the news from residents near the Bull Run plant.  Had the site continued to operate beyond 2023, TVA was implementing plans to expand its landfill for storage of coal ash.

Environmental groups praised TVA's decision to reduce its use of coal power plants. However, closing the site may also present local environmental problems.

Sarah Self, a spokesperson for the City of Oak Ridge, said city officials are concerned about the possible environmental impact of the closure.

Credit: WBIR
Piles of ash, a byproduct of burning coal for electric power, are stored adjacent to the Bull Run Fossil Plant in Anderson County, Tenn.

"There will be people in the immediate community of Bull Run that will be happy. They were really never happy about expanded ash storage," said Frank.

In its environmental assessment of the impact of the closure, TVA said "because facility buildings, structures, and facilities would remain in place until a decision regarding the reuse of the site was made, there would be a long-term potential for direct discharges of chemicals, hazardous waste, and solid waste, including but not limited to friable asbestos releases, to receiving streams through sump discharges, storm water releases, and directly to adjacent surface waters."

TVA said it would do periodic inspections and maintenance of the facilities to make sure that no contaminants reached the water.

"We will need to make sure that TVA follows through and works with our communities on environmental and socioeconomic impacts related to the closure," said Self.

In a tweet TVA said they will work with impacted employees and communities during the shutdown process.

The TVA has progressively rolled out the changes over the years, saying they needed to adapt to future power demands as well as stricter environmental regulations.

On Monday, President Trump tweeted that TVA should 'give serious consideration to all factors' before voting to close plants like Paradise Unit 3.

Also at Thursday's meeting, the TVA Board of Directors announced Jeffrey Lyash will become President and CEO of the $11 billion federal corporation, effective April 2019.

Lyash, 57, is currently the president and CEO of Ontario Power Generation Inc. (OPG), one of the largest electrical generating companies in Canada

He will succeed William D. Johnson, who has served as TVA’s second President and CEO since 2013. He announced his retirement in November.