Upon arrival, authorities found the driver of the motorcycle lying in the roadway. The motorcycle's passenger was also ejected. 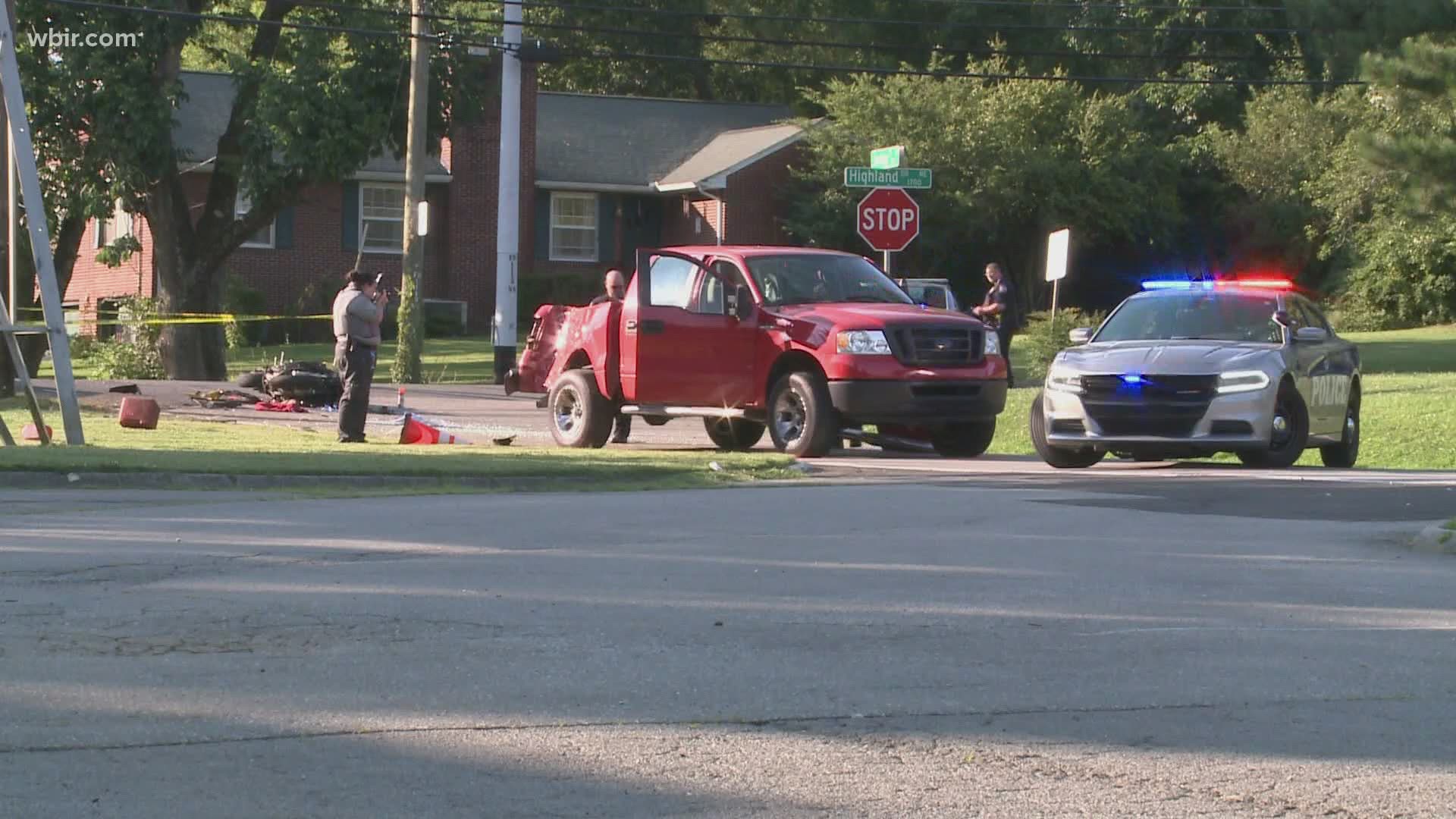 KNOXVILLE, Tenn. — UPDATE July 7, 2020: A spokesperson for the Knoxville Police Dept. reported that both victims from the motorcycle crash are expected to survive their injuries.

The driver and passenger of a motorcycle are at UT Medical Center with life-threatening injuries after colliding with a pickup truck on Monday afternoon.

A little before 5:00 p.m., officers responded to reports of a motorcycle crash at the intersection of Highland Drive and Jenkins Road.

Upon arrival, authorities found the driver of the motorcycle lying in the roadway. The motorcycle's passenger was ejected and landed inside the bed of the pickup truck they crashed into.

Both driver and passenger of the motorcycle were transported to UTER with life-threatening injuries.

The driver and only occupant of the pickup truck were not injured.

The investigation is on-going, but authorities said speed does seem to have been a contributing factor in the crash.

Names will not be released until the investigation is complete.

RELATED: 'He was just getting a phone charger' | 11-year-old boy killed after being struck in the head by a bullet in D.C.