Two years later: Looking back at the Sevier Co. wildfires 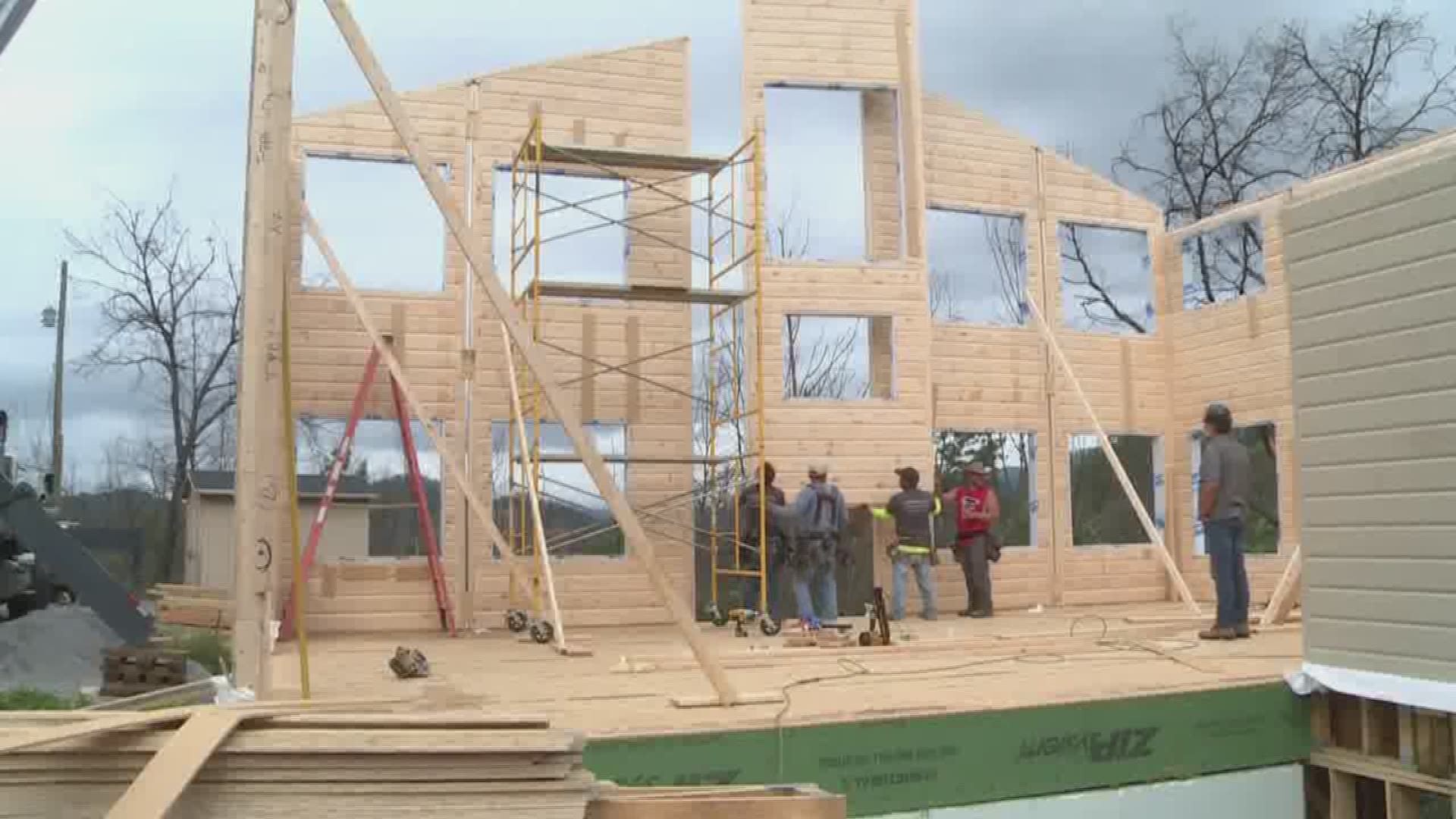 Winds gusting over 60 miles per hour fanned the flames and pushed the fire into Gatlinburg, Pigeon Forge and the surrounding areas. 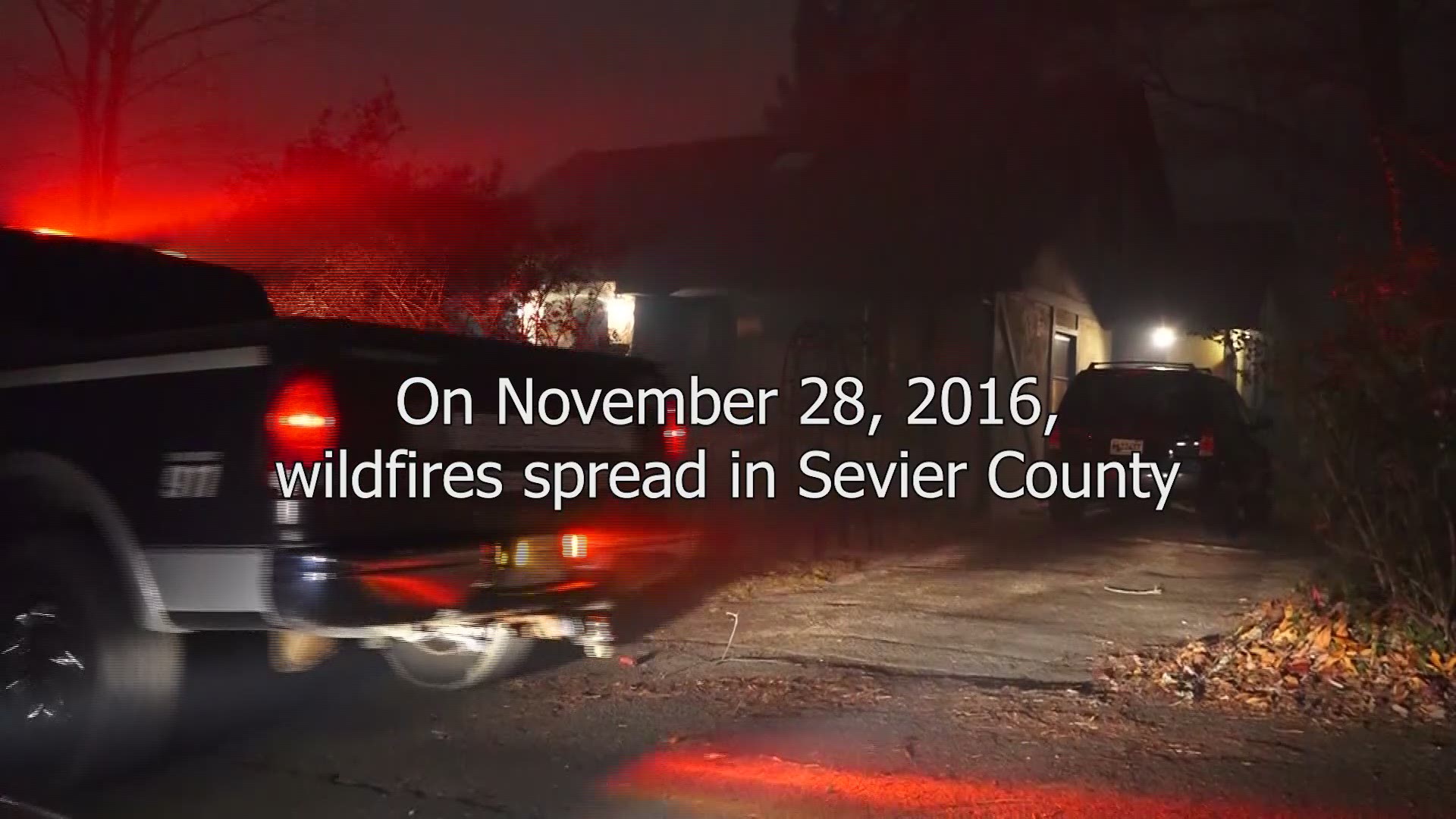 One day later, Nov. 29, organizations deployed cadaver dogs to search for victims, according to documents released by TEMA 18 months after the wildfires.

As many as 14,000 residents and tourists were forced to evacuate. Dozens of shelters opened and people opened up their properties to evacuees.

However, the TEMA documents revealed a struggle to find housing for all the displaced people, especially those with pets.

Fires continued to pop up for weeks after the initial incident report on Nov. 28.

In total, over 17,000 acres of the Great Smoky Mountains National Park burned.

More than 2,400 buildings were damaged or destroyed, including over 2,300 homes and more than 70 businesses, according to the TEMA documents. 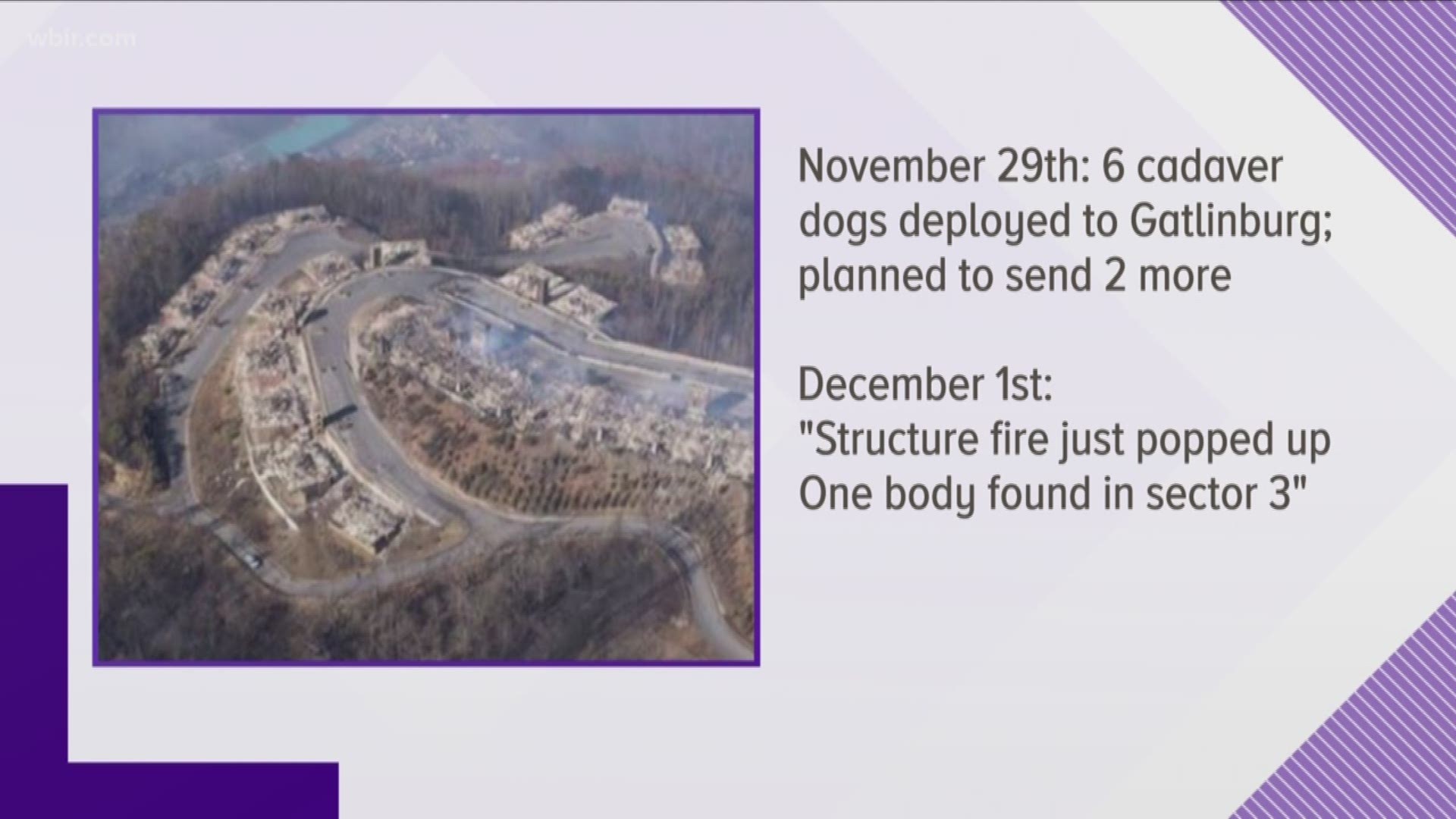 In total, the wildfires caused nearly $1 billion in damage based on roughly 4,200 insurance claims.

Local celebrities stepped in to help the people impacted by the wildfires. More than 900 families received $12.5 million in donations through Dolly Parton's "My People Fund."

On Dec. 7, 2016, two teenaged boys were charged with aggravated arson for setting the fire in the national park. State charges were dropped because investigators could not prove that the fire in the park led to the eventual disaster and deaths in Gatlinburg.

Go to wbir.com/wildfire to see our past coverage and new stories about the area two years later.