The TWRA said that the 15-year-old boy was with a group of nine adults and eleven juveniles. They said he was last seen behind the group on a kayak. 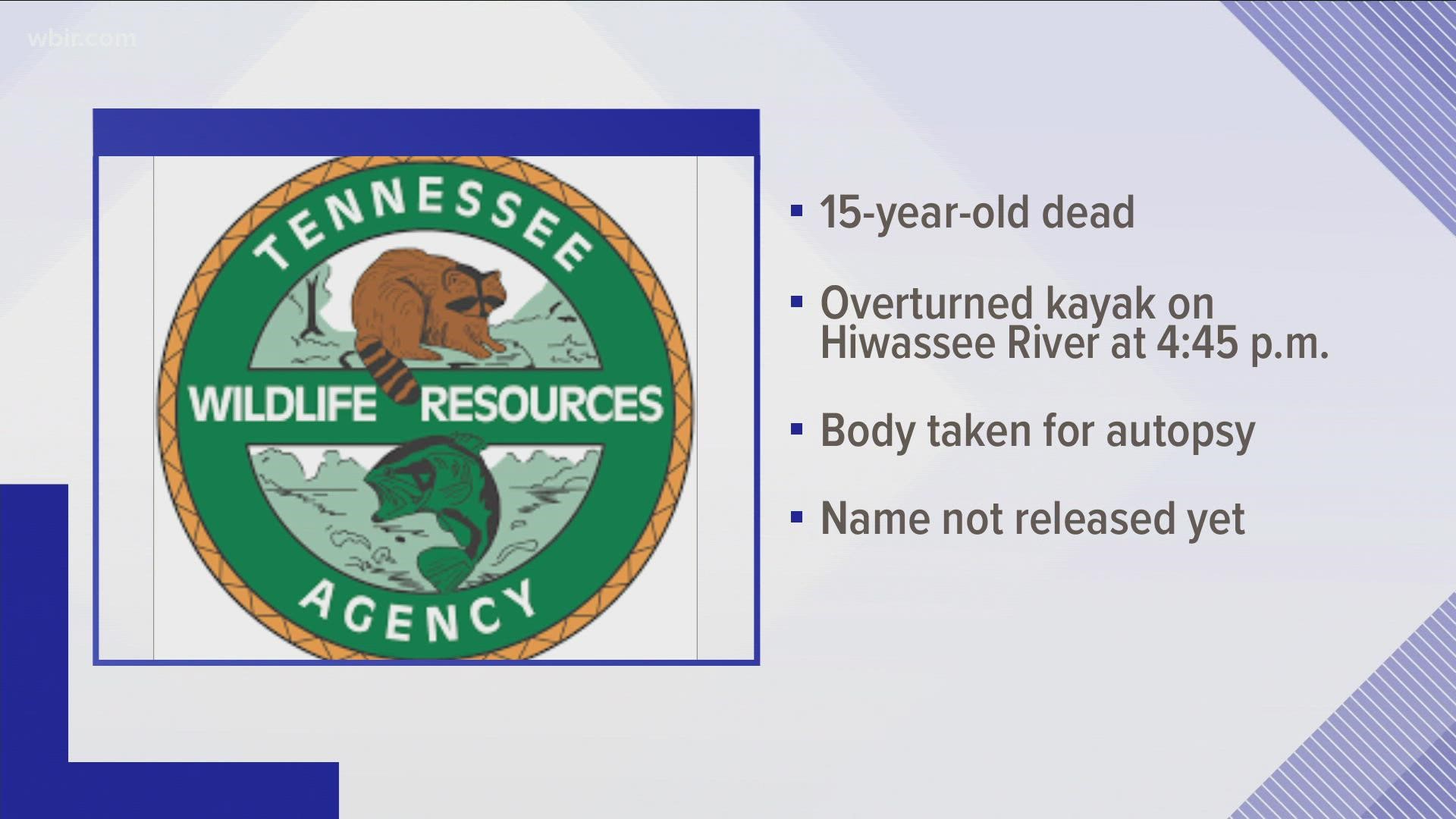 KNOXVILLE, Tenn. — The Tennessee Wildlife Resources Agency said that a 15-year-old boy was found unresponsive in the Hiwassee River Saturday, in the Quinn Springs area. He was later declared deceased at the Starr Regional Hospital.

Authorities said that the boy was last seen towards the back of a group with nine adults and eleven juveniles. They were in kayaks and tubes on a trip along the Hiwassee River, officials said. The boy had been on a sit-on-top kayak.

Authorities said that they are continuing to investigate the incident.

Additional information, such as the cause of the incident and identifying information, was not immediately available. This story will be updated when more information is available.