The Tennessee Wildlife Resource Agency said that that Cameron Hickey, 31, was in intensive care after an ATV accident. 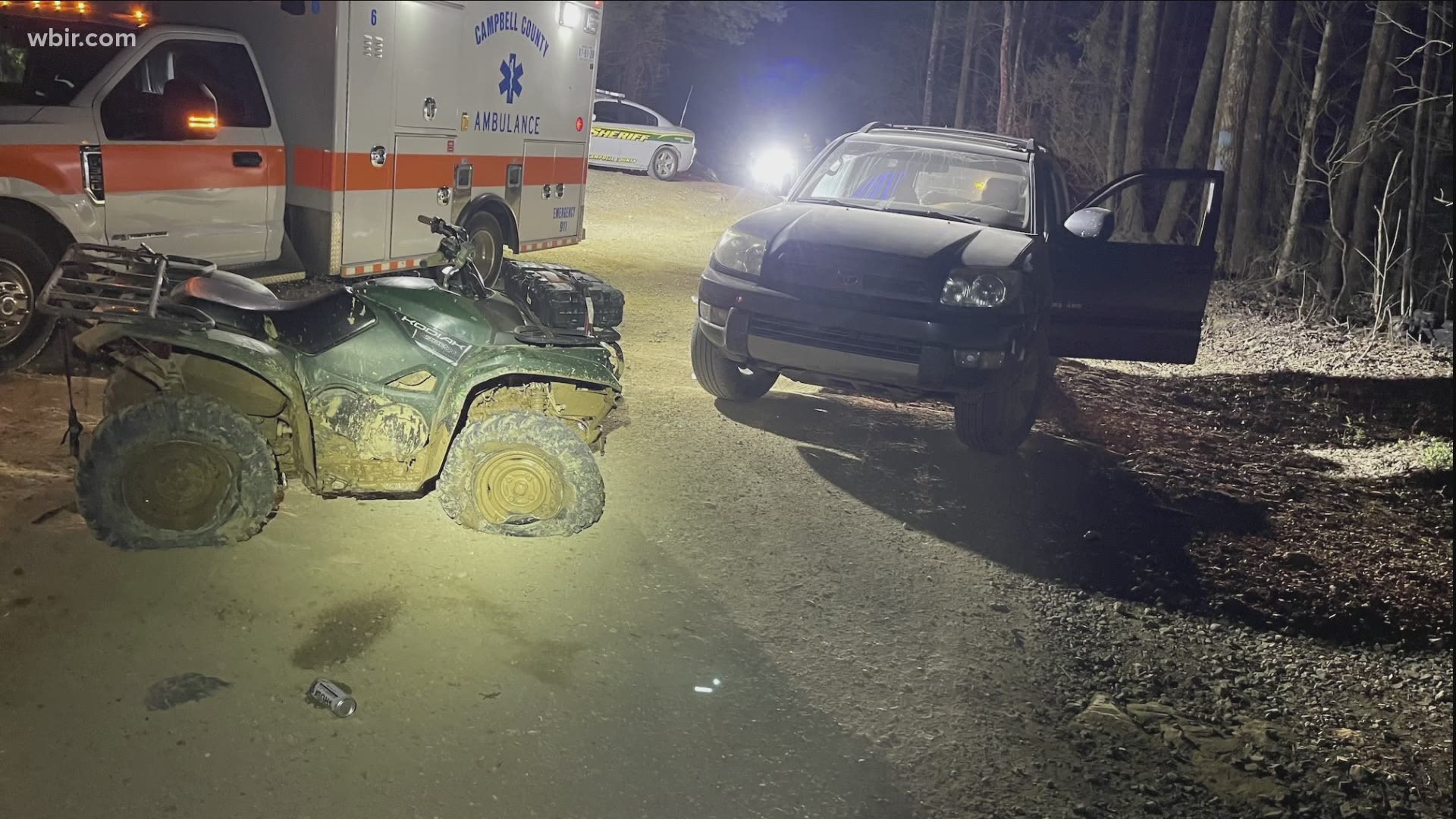 CARYVILLE, Tenn. — A Knoxville man was in intensive care Thursday after an early morning ATV accident, according to the Tennessee Wildlife Resources Agency.

They said that Cameron Hickey, 31, was driving a Yamaha Kodiak 4-wheeler on Flatwoods Road, entering the North Cumberland Wildlife Management Area. They said he was thrown over 80 feet after he hit a rock and lost control of the vehicle.

The crash knocked him unconscious, according to the TWRA. A friend who was following him saw the crash and called 911 for help, according to officials.

Hickey was airlifted to the University of Tennessee Medical Center and was still in intensive care Thursday night, officials said. The TWRA is continuing to investigate the crash.