Officials released the identity of the man early Sunday morning. 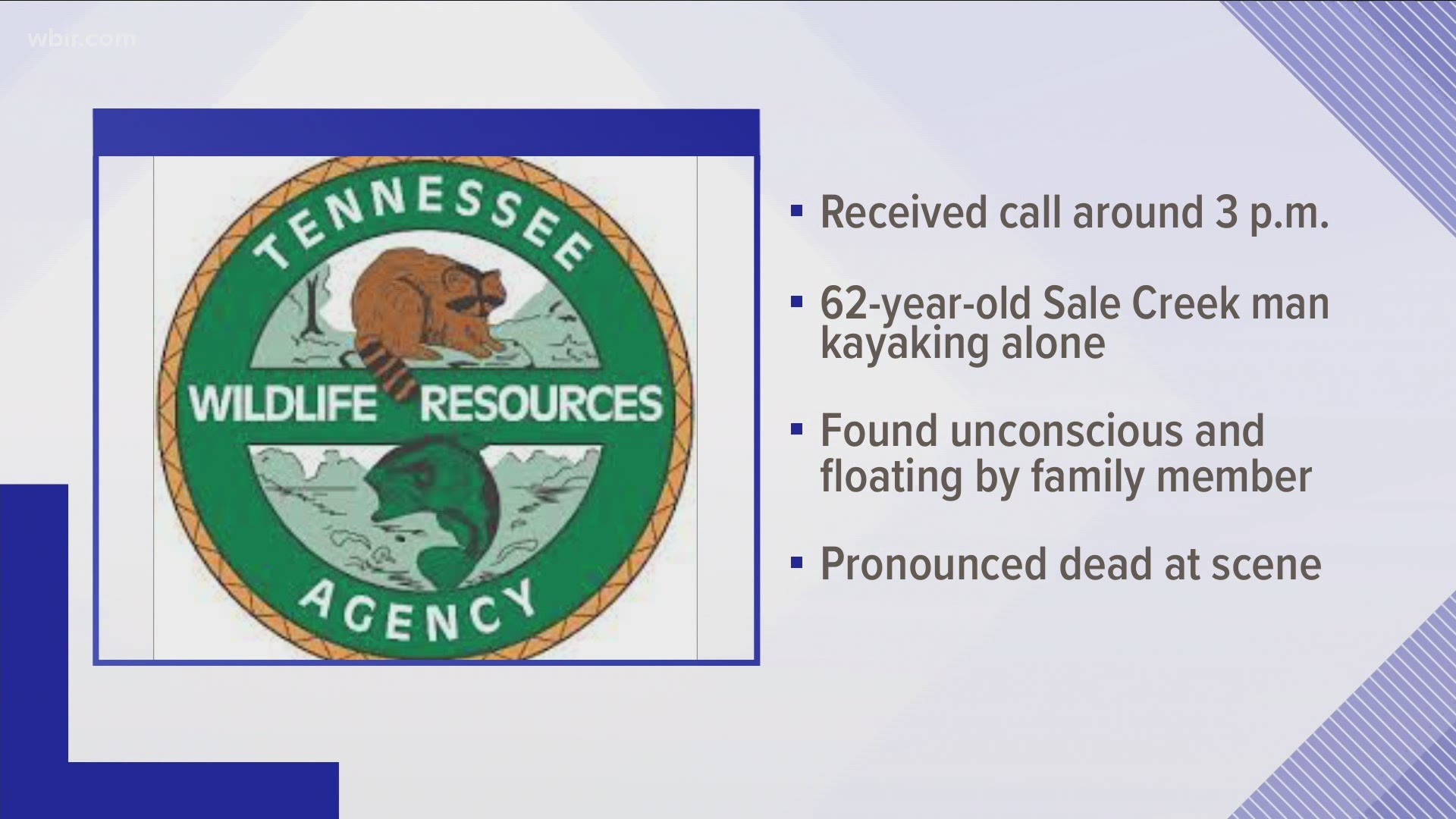 Officials released the identity of the man early Sunday morning.

George Knight, 62, of Sale Creek, was kayaking alone when spotted floating, unconscious in over 10 feet of water, by a family member,  according to a release from officials.  Water temperature in this area is around 68 degrees Fahrenheit.

Knight was pronounced dead at the scene and was transported to the Hamilton County Medical Examiner's Office.

They said officers received a call around 3 p.m. about a man in the water. The Sale Creek Fire Department and Hamilton County Sheriff's Office responded to the call, officials said.

The incident is still under investigation, according to officials.

This story will continue to be updated when more information becomes available.