One injured after construction-related explosion at LMU campus in Harrogate

The blast damaged nearby vehicles and left holes in a nearby building on LMU's main campus on Tuesday. 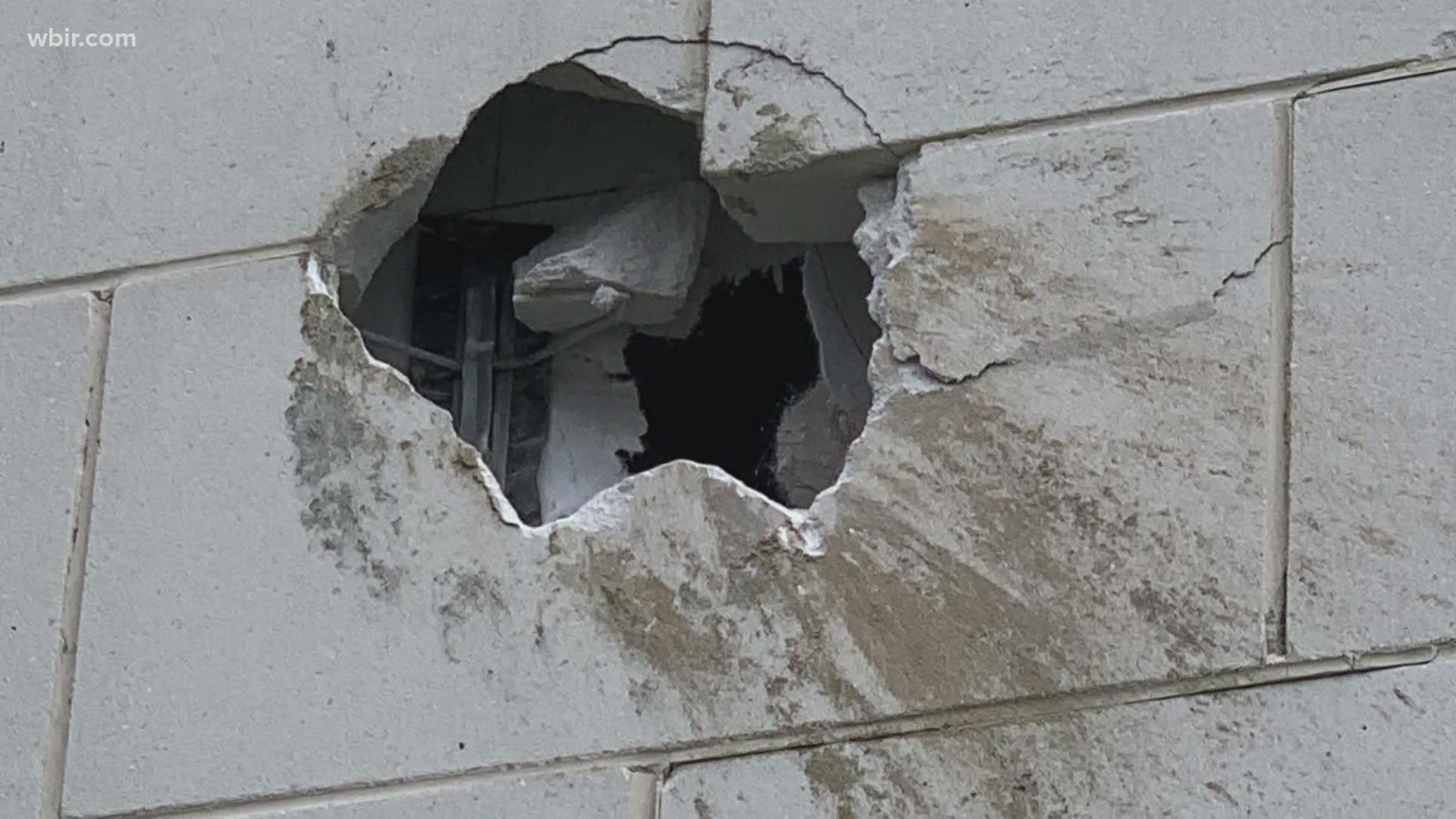 HARROGATE, Tenn. — Update (Sept. 1, 5:30 p.m. ): Officials with WRIL, a local radio station, said that a company working on a new roadway into LMU was blasting near a hillside and something went wrong while construction work was underway.

They also said that there was no warning that blasting was taking place and that the force of the explosion sent debris into vehicles in the parking lot near the site. There was also a hole created by the explosion in the side of a building.

At least one person was injured, a member of the work crews, officials said. They also said they were not been told of any students or staff injured as of Tuesday.

LMU officials released the statement below:

"This afternoon a construction event occurred on the main campus of Lincoln Memorial University in Harrogate, Tennessee. Excavation of a hillside behind the Hamilton Math and Science building caused damage to vehicles parked in the back and side parking lots and portions of the building. The University is addressing the event and assessing the damage. Individuals who were parked in the affected areas and have observed damage to their vehicles should file a report with LMU Campus Police and Security. The Administration recognizes the concern this event has caused for our community. Safety on LMU campuses and communication to LMU community members are top priorities of the University."

PREVIOUS STORY: Officials at Lincoln Memorial University said they were assessing damage Tuesday afternoon after construction on a hillside caused damage to vehicles parked on its main campus in Harrogate.

Officials said anyone who was parked in the affected areas and found damage to their vehicles should file a report with LMU Campus Police and Security.

Specific details about the cause of the incident and the extent of the damage were not immediately available.

This story will be updated as more information is available.