Each mural in the campaign helps to tell the story of UT's presence across the state. 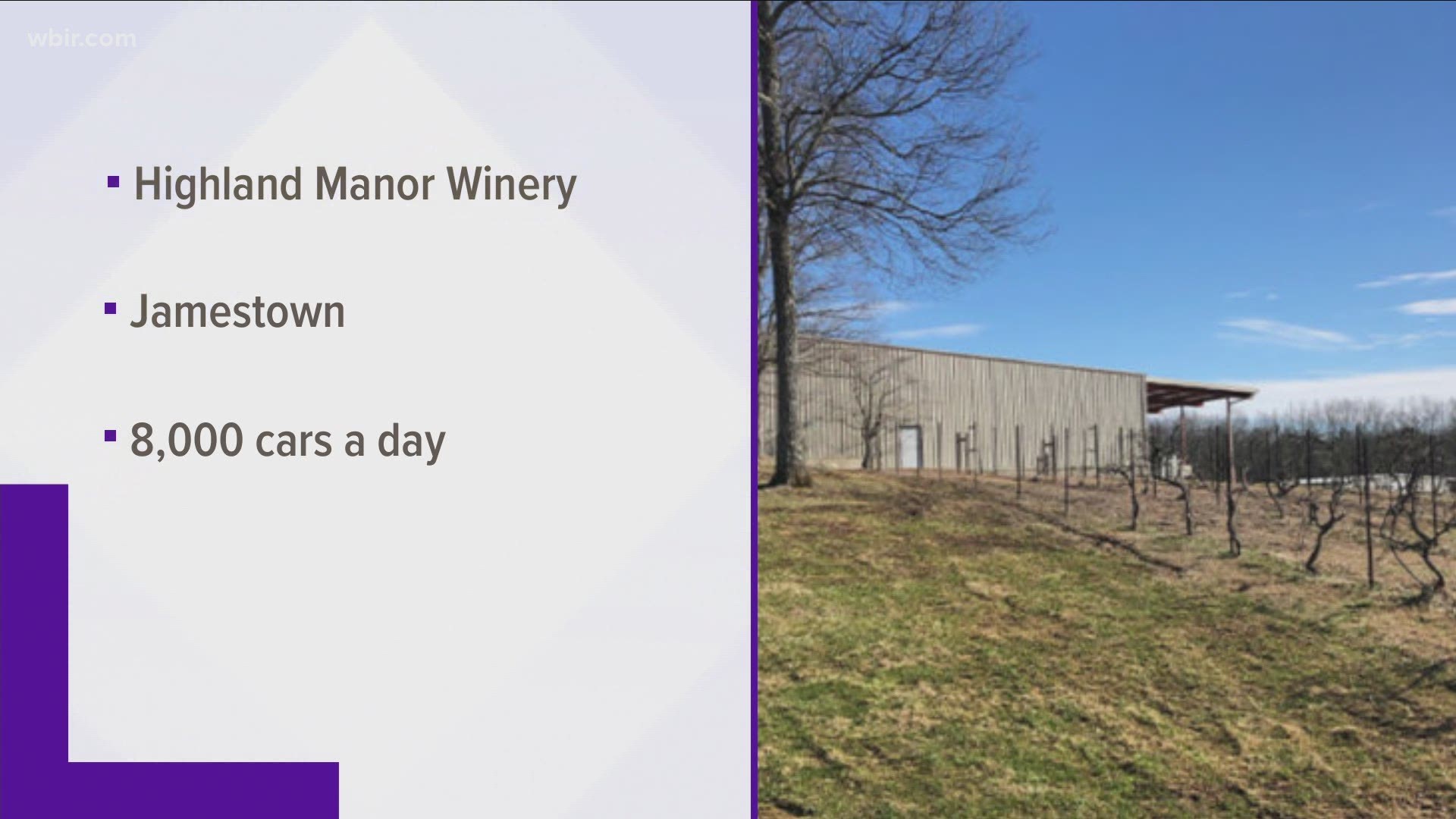 FENTRESS COUNTY, Tenn. — The oldest winery in the state is set to become the site of the 16th mural in the University of Tennessee System's "Everywhere You Look, UT" mural campaign.

The mural will be located on the side of Highland Manor Winery in Fentress County.

Owned and operated by Fred and Rhonda Moody, the UT alums are happy to have a piece of home painted on their business.

“UT was always the school to go to. If you could get in, you went to UT,” Rhonda said in an interview with UT.

In 2016, Fred saw an opportunity when his aunt and uncle decided to sell the winery that they had bought in 1999. Rhonda manages and keeps the winery open and running.

The couple recently started a brewery on the winery property to tap a different audience.

"UT's provided us with a lot of information to make us successful," Fred said.

It was almost predictable that the VFLs applied for their winery to be considered as a mural location.

The winery's mural will be painted by Knoxville-based commercial artist, Curtis Glover.

Glover has had a mural painting business for six years and his work can be seen all over the state.

The "Everywhere you Look, UT" campaign has a goal of getting a mural painted in all 95 Tennessee counties.

Since its launch in 2018, 15 murals have been painted across the state.

A mural, of course, has been painted in Knox county. It is located on the Knox Rail Salvage Water Tower.

To learn more about the UT campaign, each location, and to nominate a location for use, visit: https://everywhere.tennessee.edu/murals/.