According to the report, chronic combined amphetamine (Adderall) and caffeine use is considered the signification condition contributing to his death. 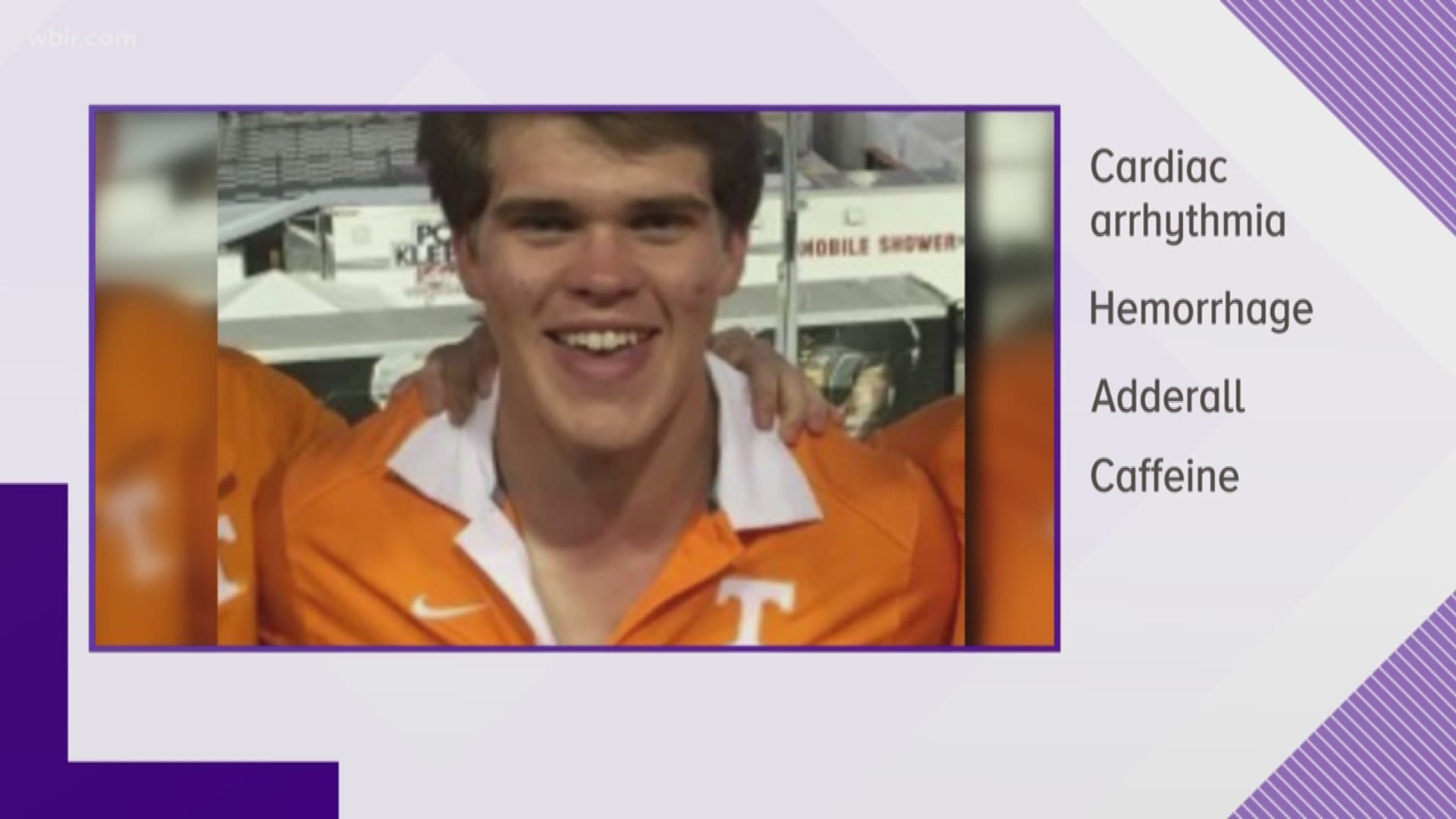 A combination of unprescribed Adderall and caffeine were a "significant" factor in the death of a University of Tennessee student who collapsed during a fraternity boxing tournament last month, according to the autopsy results.

Wray collapsed between rounds during the annual Ace Miller Memorial Boxing Tournament on February 23. He was later pronounced dead at UT Medical Center.

According to the autopsy report, "combined amphetamine and caffeine use is considered (a) significant condition contributing to his death."

The manner of death was determined to be natural.

A version of the report released by the Knox County Regional Forensic Center on Wednesday said, "According to friends and family, Joseph had been taking unprescribed Adderall for some time in order to lose weight and qualify for the match."

The report also referenced "chronic combined amphetamine and caffeine use."

Mileusnic-Polchan amended the report on Wednesday, however, citing "new investigative information provided by the family."

The amended report does not use the word "chronic," and also said, "According to friends and family, Joseph prepared and trained for the popular event rather intensely for several months. He lost a lot of weight in order to qualify for the match."

RELATED: UT students turn to each other for support

The report said Wray drank an energy drink with a large amount of caffeine before the match.

The annual Ace Miller Boxing Weekend tournament was held at the Knoxville Expo Center on Friday, Feb. 23, 2018. The boxing tournament features UT fraternity members, but is not sanctioned by the university.

The rest of the event was canceled after Wray collapsed. The tournament raises money for the Golden Gloves, Knoxville Chapter.

Wray was an aerospace engineering student from Lawrenceburg, Tennessee, and the vice president of UT's chapter of the Chi Phi fraternity.

Medical personnel in the building immediately worked to revive Wray, but their efforts were unsuccessful.