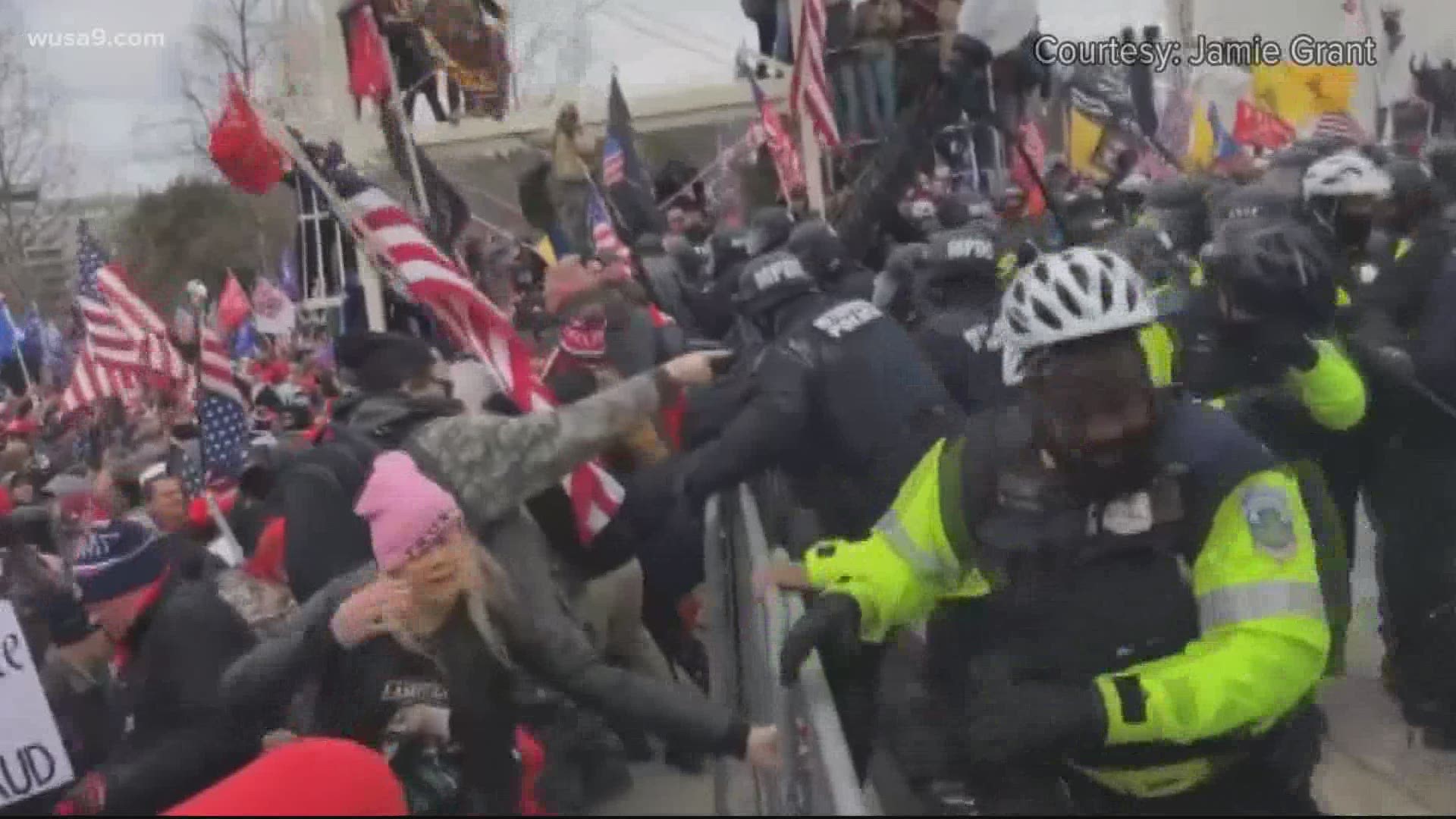 WASHINGTON — Yogananda D. Pittman is now the US Capitol Police (USCP) Acting-Police Chief, according to the updated website for the police department.

Pittman joined the USCP in April 2001 and has been recently serving as USCP Assistant Chief of Police for Protective and Intelligence Operations.

In 2012, Assistant Chief Pittman was one of the first African-American women to attain the rank of Captain, said USCP. In June 2018, she was promoted to Deputy Chief and was named Bureau Commander for the Command and Coordination Bureau.

Credit: WUSA9
Vans of MPD officers arrive at the Capitol around 5 p.m., nearly three hours after police gates had been breached.

Pittman has experience coordinating Presidential Inaugurations and has served leadership roles within USCP that included investigating the disciplinary appeals and grievances against USCP employees.

RELATED: US Capitol Police officer dies after being injured during Capitol riots