The National Weather Service tweeted out information from USGS about a now 3.1 magnitude earthquake shaking homes near Morristown on Sunday. 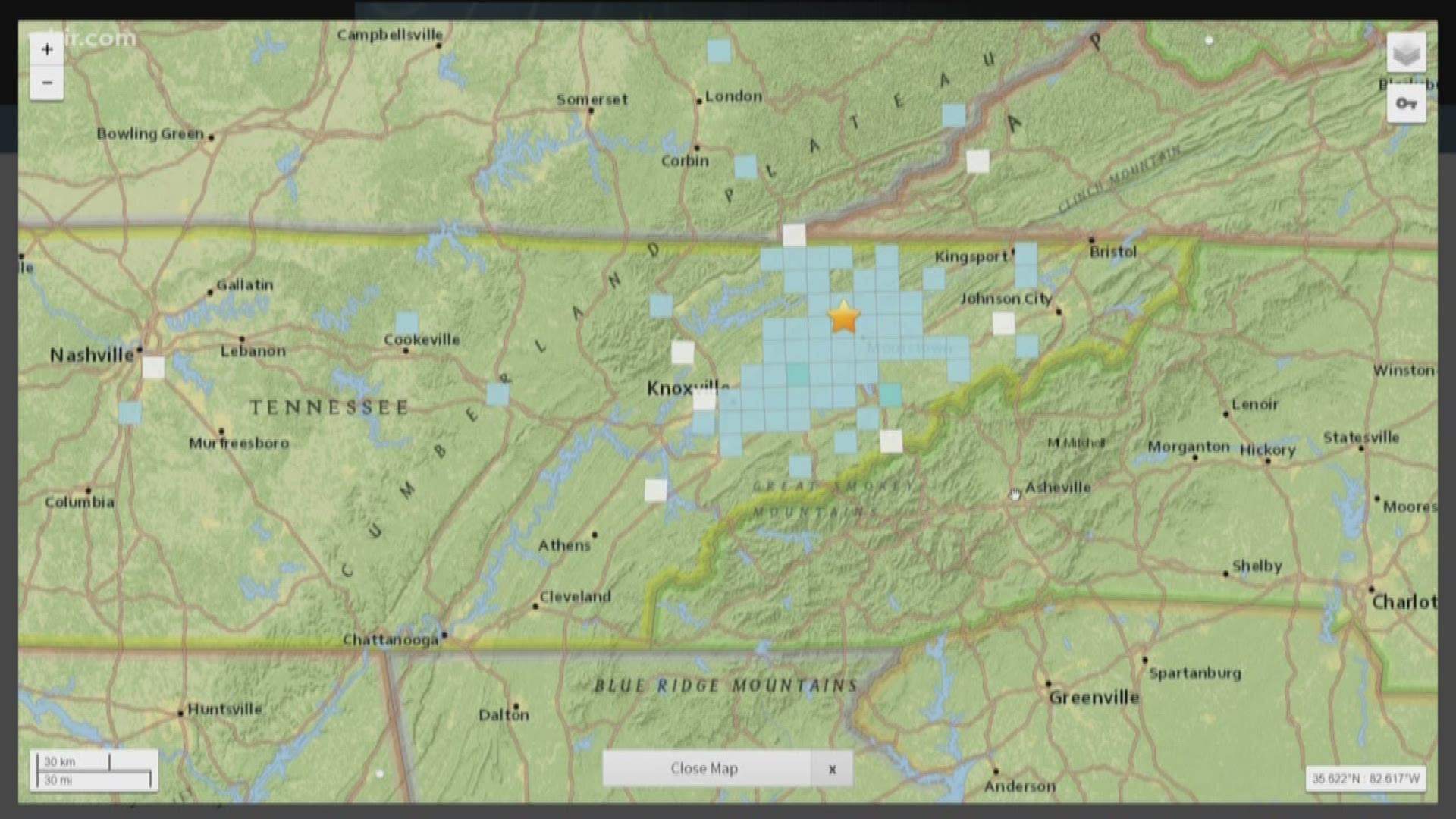 The National Weather Service in Morristown tweeted out information from USGS about a 3.1 magnitude earthquake shaking homes near Morristown on Sunday. It was originally reported as a 2.8 magnitude.

The earthquake happened right around 6:30 p.m. Sunday night. It appears to have happened near the Hamblen County and Grainger County border, north of both Rutledge and Morristown.

Multiple viewers say they felt their homes shake during the quake. Earlier this week on Wednesday, a 2.9 magnitude earthquake rattled the Mascot community.

The small quakes are common in East Tennessee. Many counties across the area have seen at least one minor quake within in the 2-3 magnitude range within the last year.

According to a federal study conducted by the USGS in 2017, East Tennessee has seen a noticeable uptick in small quakes like these and is in an area of increased risk for a Category V intensity earthquake within the Modified Mercalli Intensity scale.

If you felt or heard something in the last few minutes near Morristown TN, USGS reporting 2.8 Magnitude Earthquake.https://t.co/LTQAWpVWR9