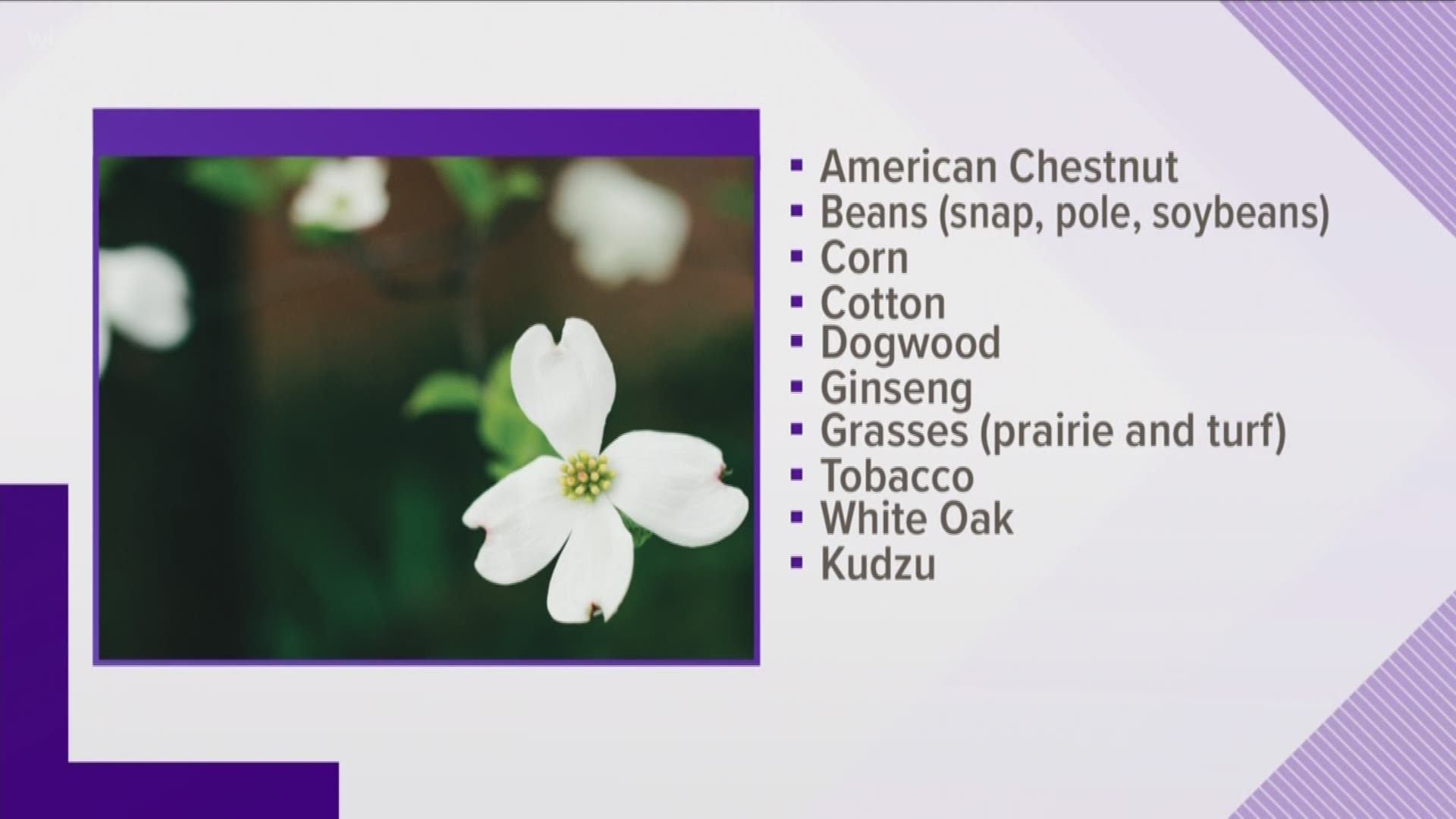 KNOXVILLE, Tenn. — Whether walking through fields of high cotton or "sangin' in the hills," Tennesseans know plants are the state’s lifeblood.

The order of the list is incidental. While monetary value or cost came into play, the project weighed other factors as well, including each selection’s historical influence on the state. Here are a few of the reasons each plant was chosen:

RELATED: Farmer forced to shut down tobacco farm after he says crops were sprayed with herbicides

RELATED: You new here? Those weeds covering everything in sight aren't ivy

Natalie Bumgarner and Andy Pulte of the Department of Plant Sciences at the UT Institute of Agriculture spent much of 2018 developing the list.

More than 600 nominations were submitted, but a panel of other UTIA experts in a range of fields developed the final list of 10 plants that most shaped the history of the state.

“Every plant on this list is important. Some of them I could have guessed," Pulte said. "However, there were a few surprises that could not be ignored, especially with the number of Tennesseans who nominated them.”

Each nomination was evaluated within the context of its contributions to the state’s history and economy, and its value to society spiritually or culturally, or its uses in the landscape or as a food.

The pair intend to use the project to influence future curricula for elementary schools and other initiatives.

The list had to be balanced so both beneficial and negative aspects of nominated plants were considered.

“We did look at popular row crops, but there are invasive plants on the list, and some with complex or negative aspects of their histories,” Bumgarner said.

You can find photos and detailed descriptions of the 10 plants online at tiny.utk.edu/TN10Plants.