UT celebrates 225 years in Knoxville by admiring the past, looking toward the future

The University of Tennessee was founded on September 10, 1794. That's two years before Tennessee even became a state. 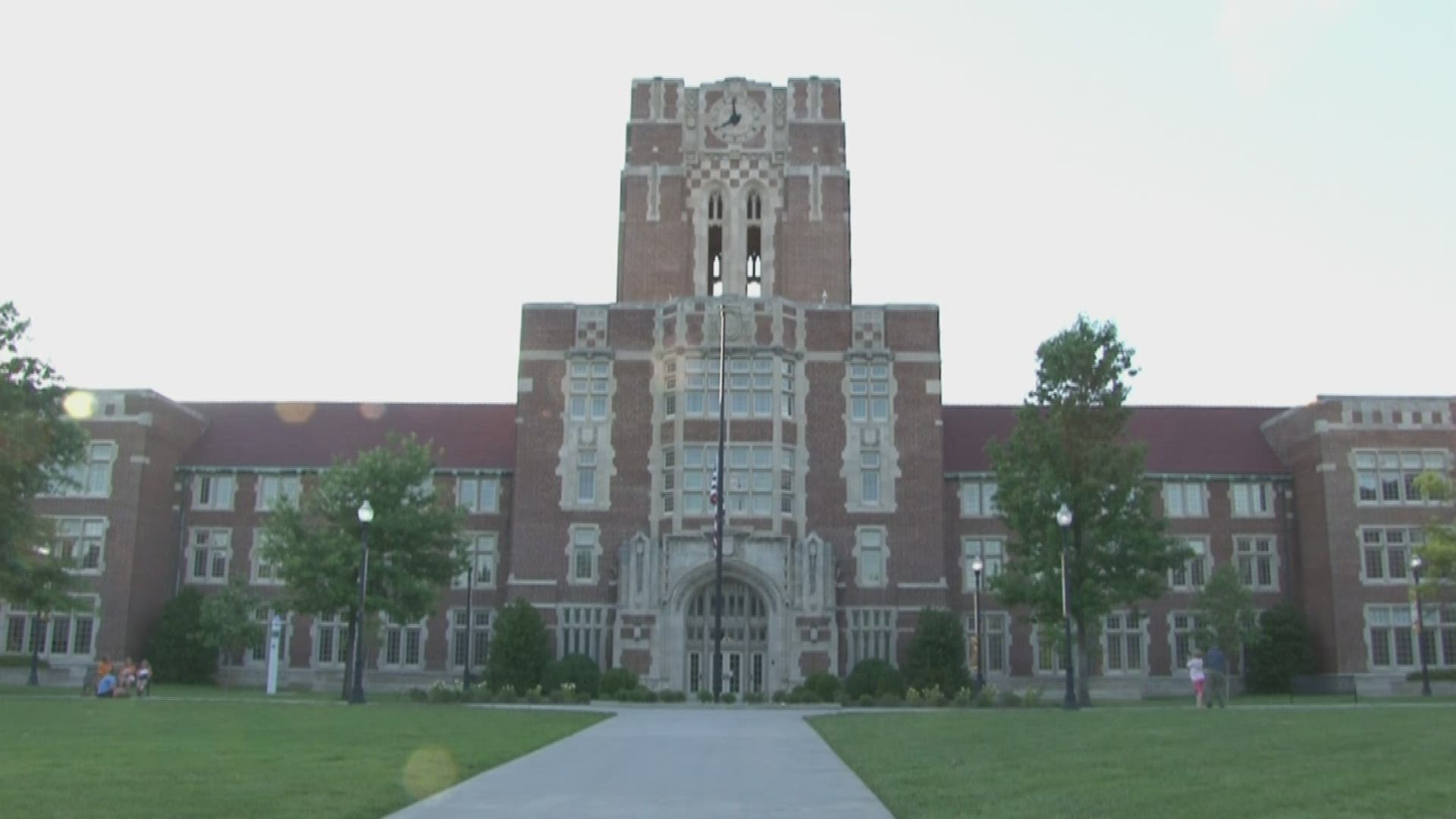 KNOXVILLE, Tenn. — The University of Tennessee turned 225 years old on Tuesday. Big Orange Country celebrated by throwing the school a birthday party and thinking back on the rich history and growth through the years.

UT was founded on September 10, 1794 in Knoxville. That's two years before Tennessee was even a state.

The university's archivist, Alesha Shumar, explained how UT got its humble beginnings.

"It started as Blount College, which would have been on Gay Street," Shumar said. "It was a two-story building. A handful of students, but they had the vision and eventually became the University of Tennessee."

To give some perspective, during the time the school was founded, George Washington was president, the American flag featured 15 stars and 15 stripes and Eli Whitney had just received the patent for the cotton gin.

While a lot has changed in America and on campus in that time, there are some things that will always stay the same.

For sophomore Nabil Jiwani, his view of UT's history is just a snapshot through glass.

"It's cool seeing how far we've progressed as a school," Jiwani noted.

Historical momentos, like yearbooks, magazines and General Neyland and Pat Summit's hand-drawn plays, sit in a case at Hodges Library on campus to remind people where UT's roots grew and how the university branched out since 1794.

Shumar said UT has always been like the torchbearer-- a light leading the way.

"Early on there were only 21 other institutions conferred before the University of Tennessee in the country," Shumar explained.

Over 225 years, the university has changed names, changed school colors, and changed the face of campus.

"There was Old College, East and West College, and South College," Shumar listed. "Now, South College is the last remaining building from that time period and also one of the oldest buildings on campus."

But not everything has been altered.

The checkerboard, running through the T, Smokey and the Volunteer Spirit have been ever-present.

"I think it stands the testament talking about the state of Tennessee and what education means to them," Shumar said.

If UT had a candle on its cake for every year, Jiwani said the school would wish for something big.

UT's birthday is a year-long celebration. The university will be hosting events all year.

The exhibit in the library is open during regular library hours.