A treatment option pioneered at the University of Tennessee Medical Center is gaining national acceptance to help drug-addicted pregnant women. 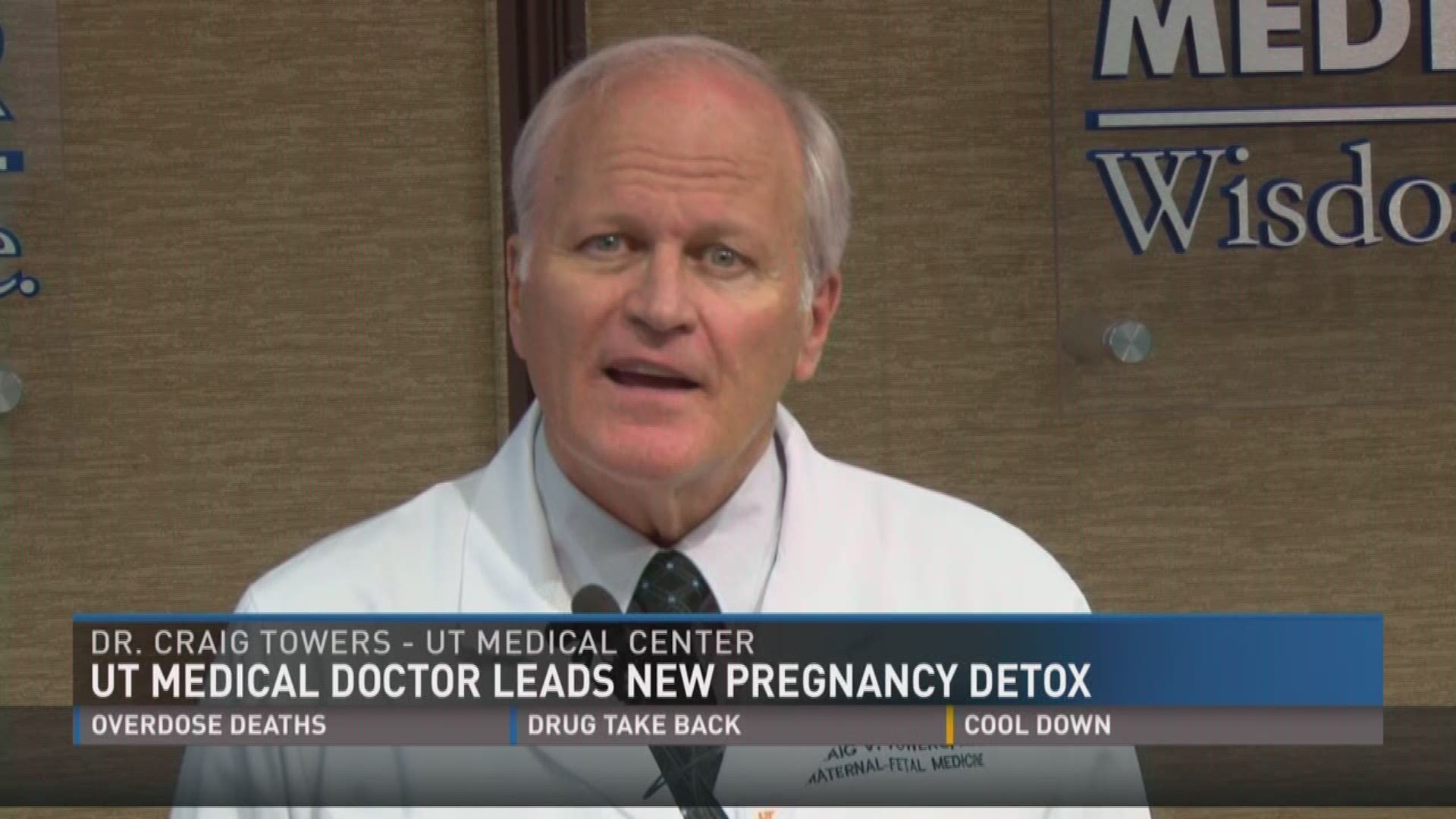 A treatment option pioneered at the University of Tennessee Medical Center is gaining national acceptance to help drug-addicted pregnant women.

Dr. Craig Towers has been performing the research at UTMC. He has treated more than 500 expectant mothers and successfully helped them detox prior to delivery. Their babies were born without Neonatal Abstinence Syndrome.

"I would bet 80 percent of the women want to be off," Towers said. "They say to me when they come to me is I didn't plan on getting pregnant, which is a whole different question, and the second thing they say to me is I don't want to be on these drugs and have my baby suffer from my mistakes."

Previously, Towers said mothers were told it was not safe to detox during pregnancy and that it would harm the baby. The only option for drug-addicted mothers was Methadone or a similar product, he said.

Towers first gets the women stabilized, and then he has a program to slowly detox in three to four months.

"A ton of them will say, 'Well I was told I can't detox cause it will be harmful to my baby,'" Towers said, "and so I clarify that information, and I give them the literature and the proof."

10News spoke to Rhiannon Meadows in March 2016. She was a patient of Towers who successfully went through detox before delivering a healthy baby boy.

"In Virginia, they told me I could go to a Methadone clinic or a Subutex clinic," Meadows said. "I didn't want to do that. I wanted off of it."

Towers said his research shows patients also need a behavioral health component to be successful. They need someone to check in with them to decrease the rate of relapse.

The research done by Towers is becoming more accepted for drug-addicted expectant mothers, but he said he will continue working until the process is recommended.