Chet Guthrie and his friends run Adventures United, a successful YouTube channel with thousands of followers. They chronicle adventures with the historic and paranormal. 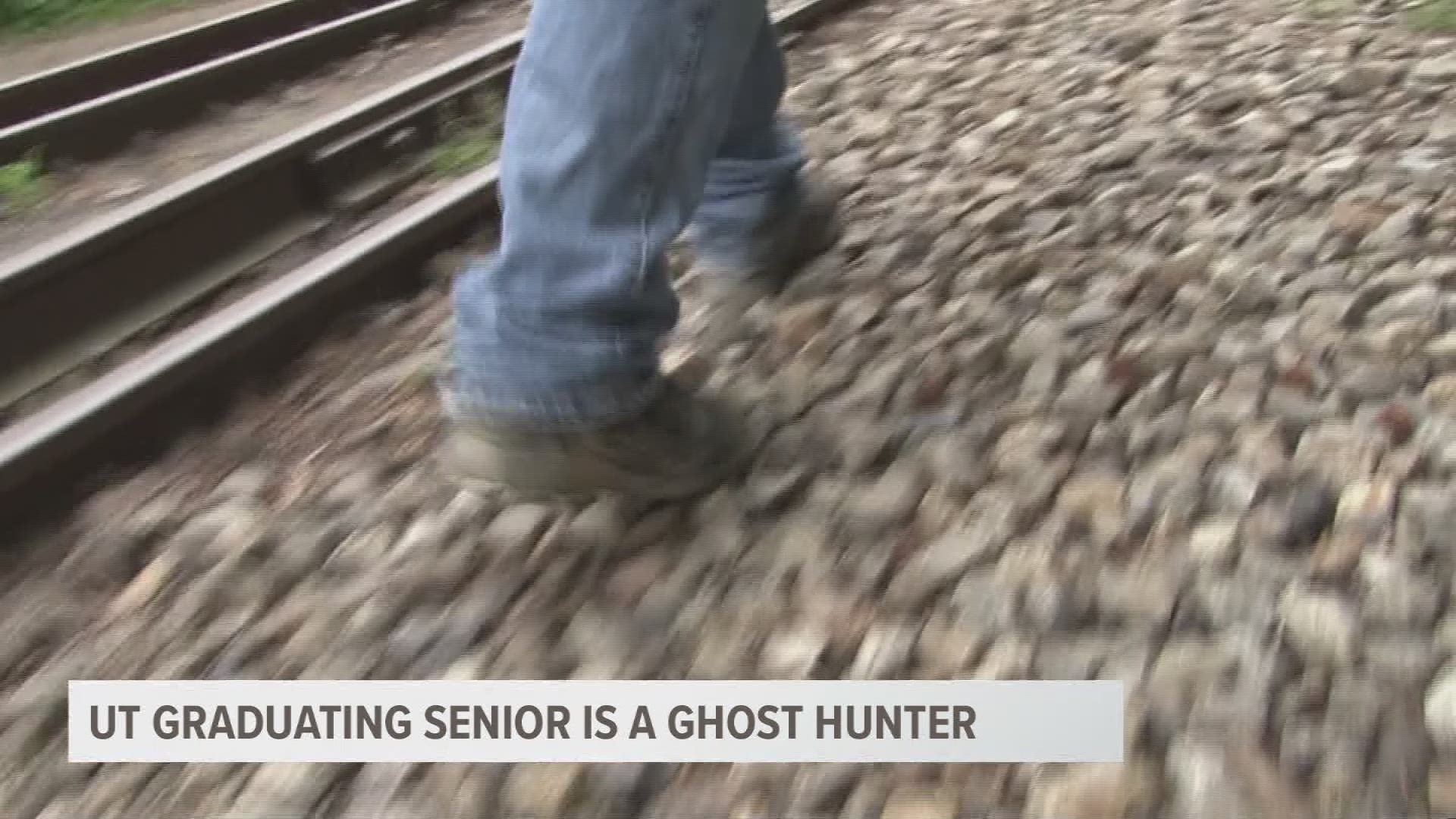 Morgan County — A UT graduate goes hunting for the quirky, the historical, and even the paranormal.

"This is one beautiful locomotive," Chet Guthrie said.

The middle of nowhere, can just as easily be the middle of somewhere, and Guthrie's been there plenty of times.

"Wow this is just incredible," he said, as he looked at his latest project. "When people tell me oh you're going nowhere with this, yeah, there's a lot you can do with it," Guthrie said.

He's had a lot of adventures with Adventures United, a YouTube channel Guthrie and his friends, Nathan King and John Galay, run.

Their latest project is "The Train to the Middle of Nowhere" in Morgan County.

"It's a classic green diesel engine, two rail cars," Guthrie said. "It's out in the middle of nowhere."

They've visited historical, the out of the way, and even some haunted places like the old South Pittsburg hospital.

"I will never go back," Guthrie said. "When I was down there, and I walked past this pentagram that was on the very bottom, I started praying with my cross because I just wasn't sure what was going to happen."

"I was praying, I noticed there was a large numbness going down my arm and down my leg," Guthrie said. "And my heart was beating really funny."

He says it felt like something was grabbing him by the neck.

"If you believe in the paranormal, just be careful," Guthrie said.

Those type of experiences haven't discouraged him from building a career exploring and making videos.

"I would love to work for national geographic," Guthrie said. "That would just be the perfect job--dream job. However, since Discovery Communications is moving their headquarters down to Knoxville, I think that would be a really great opportunity too."

Guthrie hopes finding the middle of nowhere will find him somewhere, with a great career.

He's graduating from UT Saturday with a double major in journalism and forestry.