The Highlander opened its doors in 1932. Now chapters of its story will play out under the theater lights at the Clarence Brown Threatre. 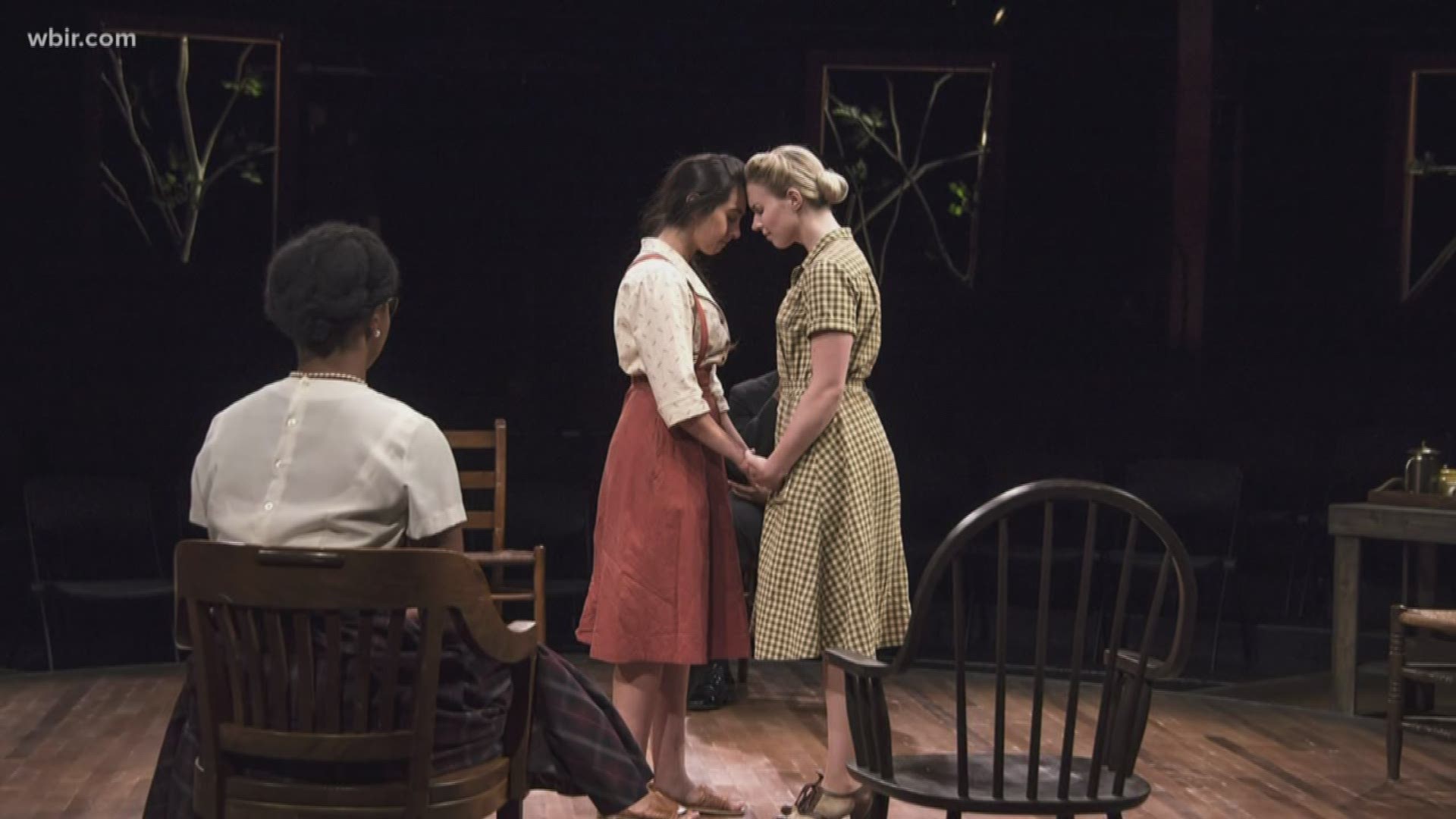 KNOXVILLE, Tenn. — The History of the Highlander dates back to 1932 when founders Michael Horton and Don West established the Folk School, a place that taught literacy and fought for justice and equality.

"We had been doing work to build the labor movement particularly in Grundy County," Highlander director, Ash-Lee Henderson said.

UT grad student Aleah Vassell will portray Clark in the Clarence Brown Theatre's new play "People Where They Are."

"She was actually a teacher at Highlander and watching interviews I would actually think about how she was while she taught," Vassell said.

Vassell and five other actors and actresses will set the stage for what happened at the Folk School in spring of 1955, a time and place they don't take lightly.

"It made me reflect on a lot of the things I value as a person and what's going on here," actress Brenda Orellana said.

While the Highlander would later move the group still visited where the center stands now to take it all in and get inspired.

"To actually be there was really special," Vassell said.

The visit left its mark in a way the group said put it all into perspective.

"A reminder of the sacrifices people made before us," actor Owen Smith said.

It also challenged them to take a walk in other people's shoes.

"People take for granted that so many other people are made to be uncomfortable all the time," Actress Brittany Pirozzoli said.

From the history books to center stage, that history lives on. Even though the play will end later this month, these students believe it changed the way they looked at the world and themselves.

"I think I learned that I'm not doing enough... through Emma," Orellana said.

If they could leave the audience with any bit of advice it would be to listen, learn and challenge yourself to find out.

"Highlander is a great place to go, that's what I would want people to know," Orellanna said.

Opening night for the play is on Friday, October 3. Afterward, people will have a chance to make donations to the current Highlander location.