Scientists say the Deltasuchus motherali, grew to lengths around 20 feet. 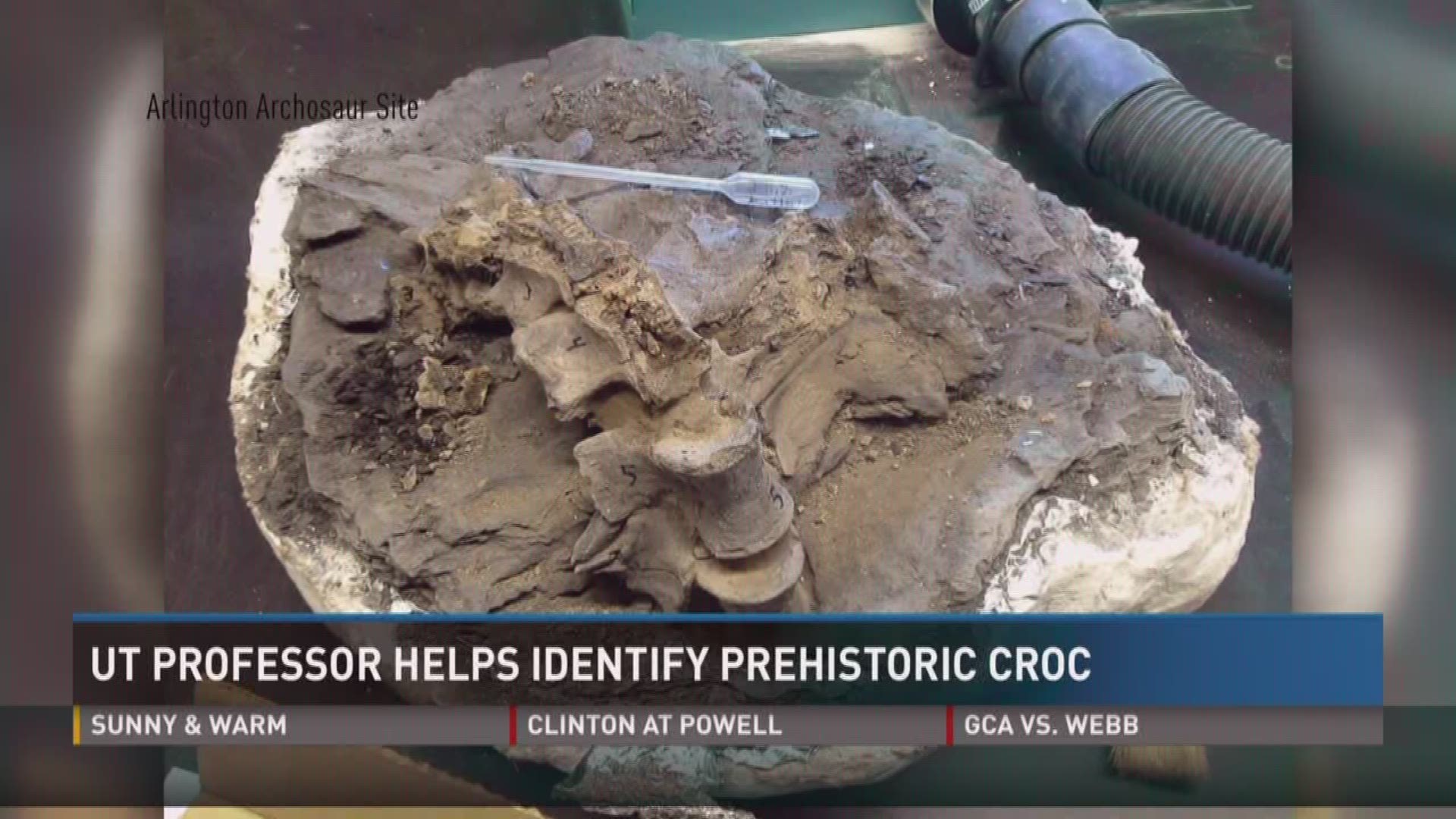 A University of Tennessee professor was part of a team that identified a new species of delta crocodile.

Scientists say the Deltasuchus motherali, grew to lengths around 20 feet. Stephanie Drumheller-Motherali says the animal's head shape indicated it had a generalist diet and could eat about anything it wanted to.

"We can further back that up because we have bite marks that have been associated with this animal," Drumheller-Horton said. "We found this on turtles, some of them quite small, all the way up to dinosaur bones all the way up to things like protohadros."

Drumheller-Horton said the crocodile fossils are from the Cretaceous period, when the Eastern and Western parts of North America were separated by a body of water.

"We just don't know what was living in North America all that well during this chunk of time and especially on the Appalachian continent, we have almost nothing," Drumheller-Horton said. "So this site, starting with this croc, it's really started to fill in this gap in our knowledge."

The fossils were unearthed at the Arlington Archosaur Site in the heart of Dallas-Fort Worth metroplex. Drumheller-Horton said the Deltasuchus motherali was named after Austin Motheral, a volunteer who first unearthed the fossils of the crocodile.

"The fact that it sounds like 'the mother of all delta crocodiles' is fort of a fun, punny bonus," Drumheller-Horton said.

Though the Deltasuchus is likely the largest creature found at the site, Drumheller-Horton said they have found at least five new species of crocodiles, though the team has yet to publish their research on them.

Drumheller-Horton worked with Thomas Adams, curator of paleontology and geology at the Witte Musuem in San Antonion, Texas and Christopher Noto of the University of Wisconsin-Parkside.

Their finding on the partial skull were recently published in the Journal of Vertebrate Paleontology.

Drummheller-Horton says that the fossils will be soon displayed at the Witte Musuem.