UT sophomore Isaiah Lay wishes it were for a different reason, but he's hopeful for the rest of the season. 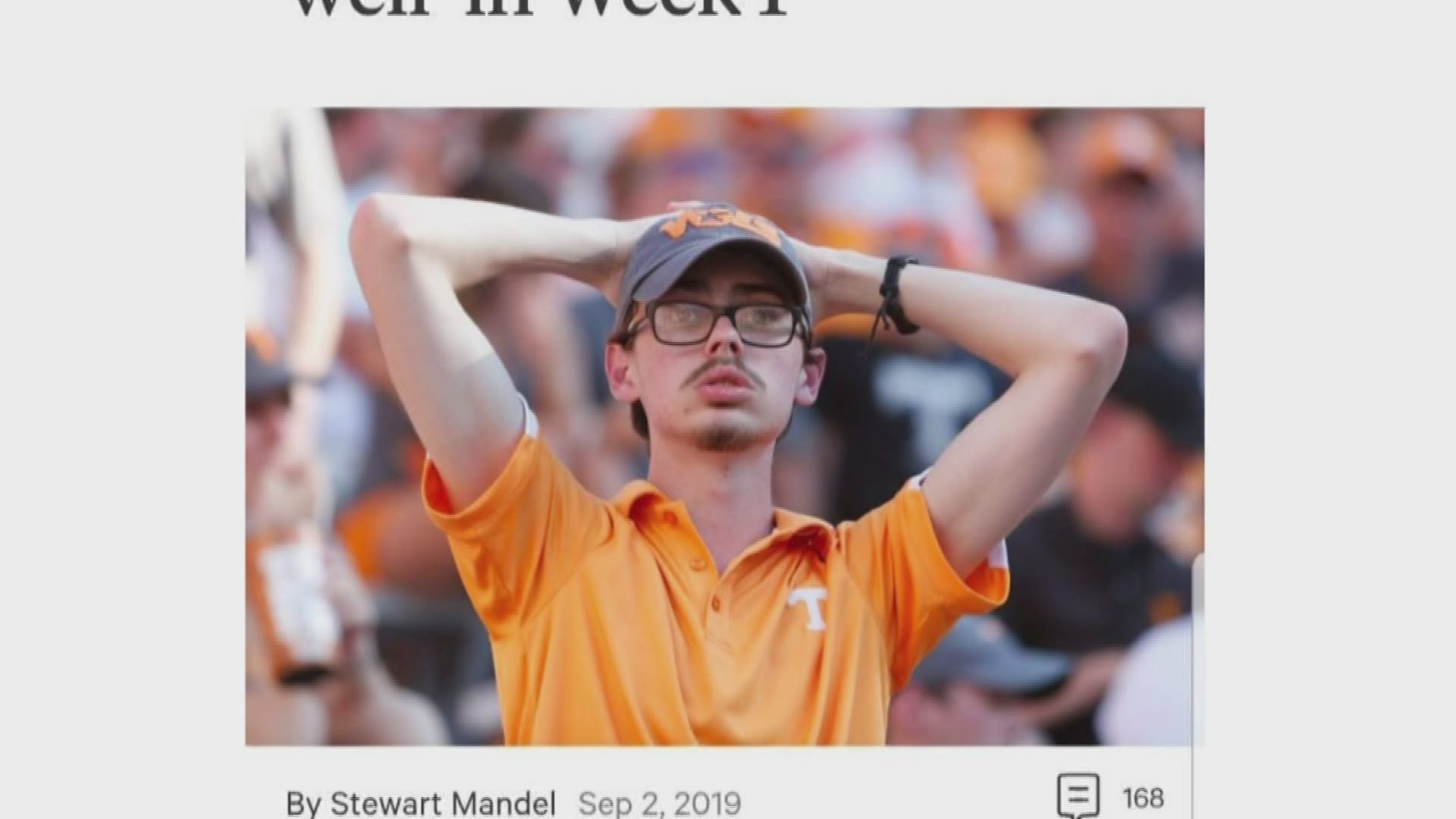 KNOXVILLE, Tenn. — The usual sea of orange greeted another game day crowd Saturday for the game against Chattanooga.

But it's been an unusual start to the season.

The BYU game was a total heart breaker, but Georgia State might've been worse for UT sophomore Isaiah Lay.

"It was kind of heartbreak the first game, because Tennessee football is my first love," Lay said.

Lay's love affair with the Vols goes way back.

"I'm a third generation student here, so I've been a Vol fan as long as I can remember," Lay said.

But he can't remember a time when he's been so well known for his fandom.

"Honestly it's kind of weird--this is one of those moments where someone takes a picture of this, sad fans, and it goes everywhere," Lay said.

Lay's photo after the Georgia State game was all over the national media.

It was on ESPN, The Athletic, and Sports Illustrated, among others.

"We all just kind of freaked out about it," Lay said.

The problem is, he isn't celebrating a win.

He's in the "Surrender Cobra" pose.

It requires both hands behind your head, with your elbows out and a look of disbelief on your face.

"I get very into all the games," Lay said.

He single-handedly illustrated what the hundreds of thousands of Vol fans have felt leading up to the Chattanooga game Saturday--a season that hasn't gone as planned.

But Lay is keeping a positive outlook.

"You can't go 10 and 2 without losing two," he said, jokingly. "It's been a little disappointing, I can't lie. But I truly believe in Pruitt and what he's got going on. I think all his players he's been bringing in they've been playing great."