Eight years after the disaster began at Japan's Fukushima nuclear power plant, UT students are among those touring the facility. 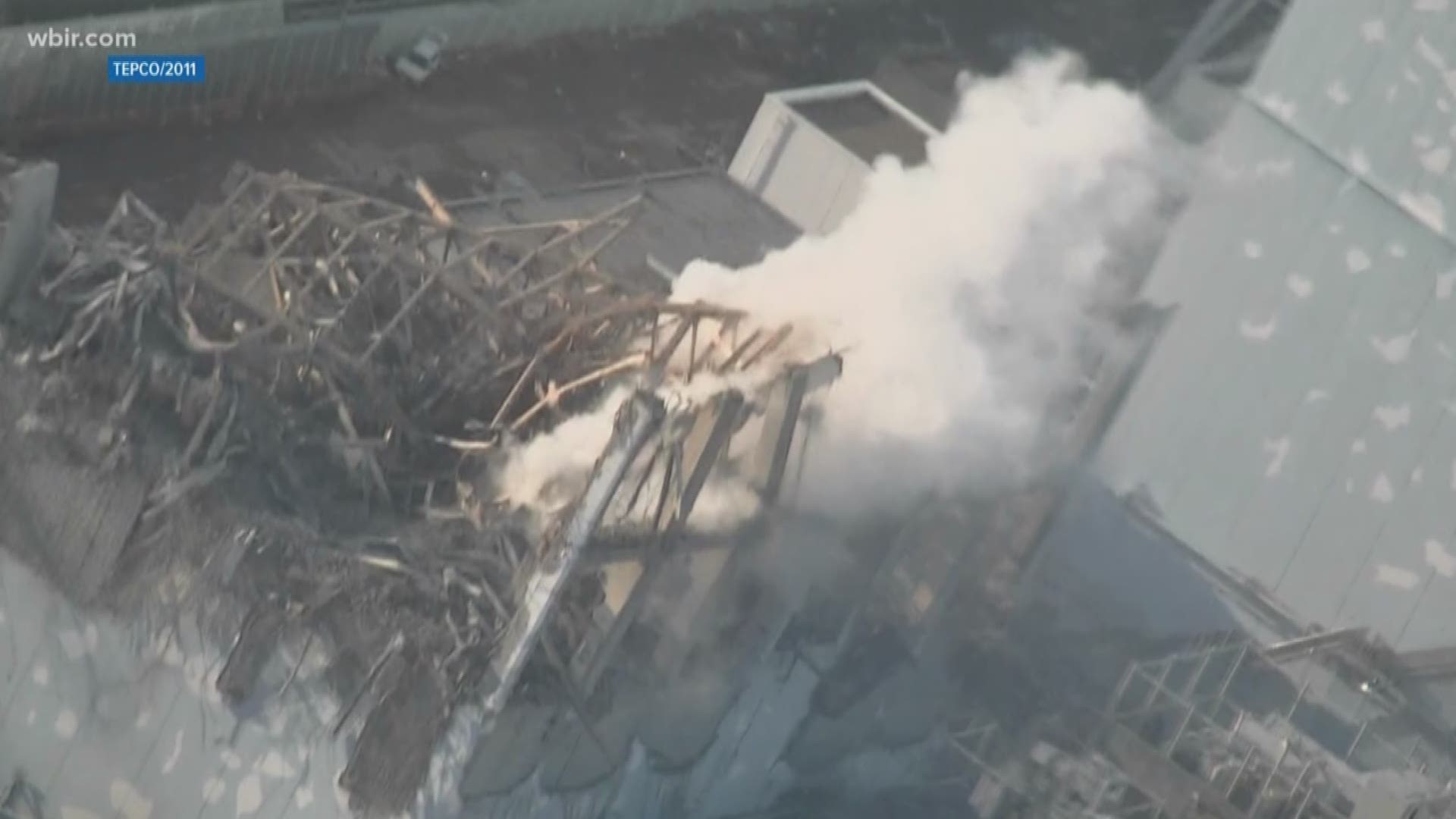 KNOXVILLE, Tennessee — Two University of Tennessee students are among the first to be allowed on the site of the world's worst nuclear disaster since Chernobyl.

The PhD students and a professor visited Japan's Fukushima power plant last week as part of a conference, which melted down eight years ago following the devastating 2011 Tōhoku earthquake and tsunami.

The disaster led to the nuclear emergency when three reactors suffered meltdowns and the cooling system failed, leading to dangerously high levels of radiation spreading to the area -- which is still a threat to this day.

"It reminds me in some sense of the pictures you see of war zones," Professor Bill Hamel said.

The goal of their visit is to help with and learn from cleanup efforts which are likely to take decades.

In some areas of the site, radiation can kill a human in seconds.

He says cleanup teams have to use robots, but even those can't take the high radiation.

"They'll last 30 minutes to an hour or something, and then they'll just break," he said.

The engineering students worked with Japanese colleagues on technology to safely take apart and decommission the plant and design robots that can handle the dangerous conditions.

"It's very tedious work," Hamel said. "It's all done with humans in safe locations, sort of flying these remote robots the way drones are flown"

It's also a chance for these students to understand how the disaster happened up close.

"I wouldn't say scary, but you're like 'Whoa, I don't know what I'm getting myself into,'" Logan McNeil, a mechanical engineering student, said.

Hamel says this is a chance to stop something like a disaster like Fukushima from happening again -- and an opportunity to develop technology to better clean up nuclear sites if it does.

"I really believed Fukushima has caused reactor operations around the world to be much, much safer after this event," he said.

UT has also recently developed a nuclear decommissioning minor, a release from the university said.