UT study shows many Tennesseans are misinformed about tornadoes

Researchers note out of all respondents, 90% of East Tennesseans believe the Great Smoky Mountains protect them. 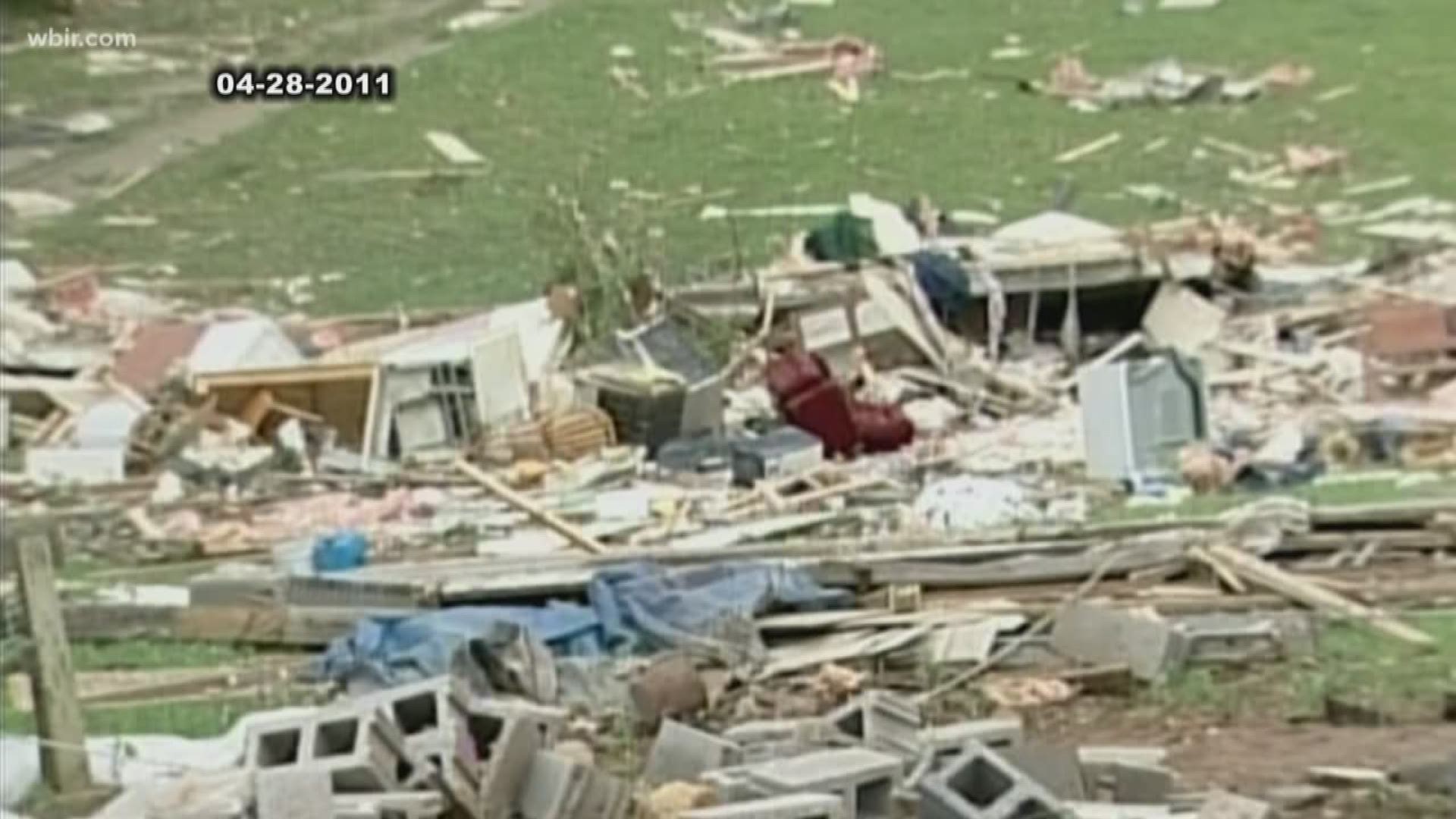 KNOXVILLE, Tenn. — Autumn weather patterns are finally starting to settle in, and in the Southeast -- the shifting patterns of cool and warm weather in October and November signal an elevated risk for instability that can create storms capable of spawning tornadoes.

NOAA data shows Tennessee typically sees a slight uptick in tornado reports on average during this time of year, though the state is lower risk during the season compared to states in the heart of the 'Dixie Alley' along the Gulf such as Louisiana, Alabama and Mississippi.

East Tennessee in particular is not as likely to see tornadoes as other parts of the state because of the topography, but it is still a possibility -- such as when an EF2 tornado touched down and left destruction in McMinn County in late November 2016.

Even though these autumn tornadoes are rare occurrences in our area, people should still be prepared. UT associate professor Kelsey Ellis said in order to understand tornado preparedness, she needed some insight from Tennesseans.

"I needed their perception of tornadoes, how often they think they are going to get hit, if they think they happen at night and in the winter, things like that," she said.

She conducted a survey of almost 2,000 Tennesseans from across the state.

"We asked people if they think they are protected by cities, rivers or mountains," she said.

The results, she said, made her think people in the state needed a little more information.

"Part of that is right because we get less tornadoes here because of the topography, but once a tornado is on the ground it's not going to be stopped by a hill or a large hill -- so people think they are going to be protected when they are not," Ellis said.

The mountainous topography gives us an advantage when it comes to seeing fewer tornadoes because the air tends to be more stable and dry at higher elevations, but also works against us when it comes to literally seeing one if a tornado were to touch down, as the hilly, forested terrain makes them difficult to spot.

During a particularly deadly season in 2011 when 53 tornadoes were reported across the state and took 35 lives, eight of those happened in Greene County. For this reason, Rural Metro's Jeff Bagwell said people have to be prepared.

"They need to be wise and heed the warnings," Bagwell said

His advice is to have a plan ahead of time and always be indoors.

"We need to identify what room is the safe room, what room do we go to," he said.

Regardless of where you live, both Ellis and Bagwell agree you just need to be aware and take it seriously if it ever happens to you.

"Just be prepared and heed the warnings... that's the biggest thing," Bagwell said.