Laurel Hall's 586 residents will be relocated over the next few weeks for the remainder of the fall and spring semesters. 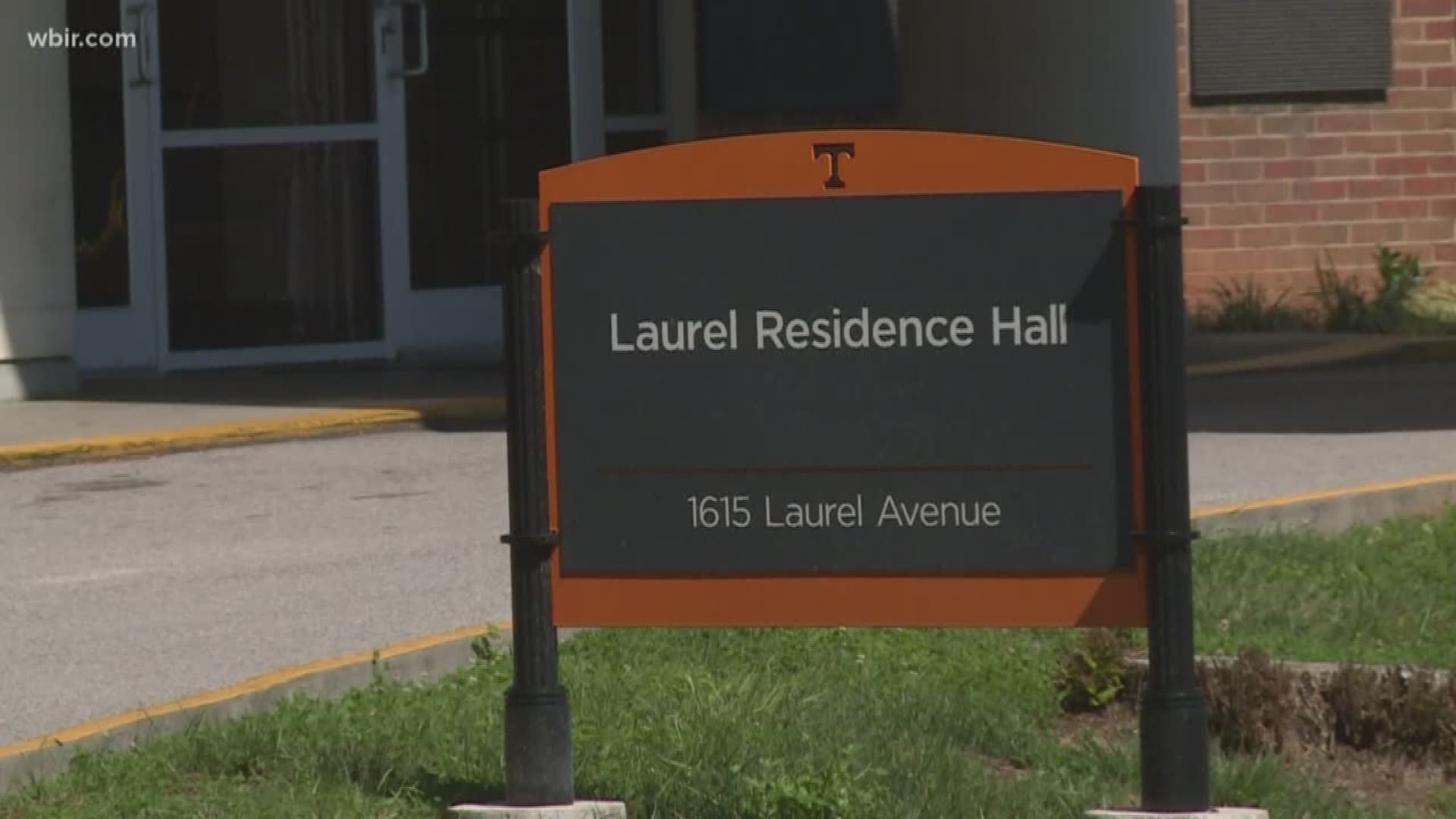 The University of Tennessee, Knoxville, will test all residence halls for mold as a proactive measure, a spokesperson told 10News Thursday. 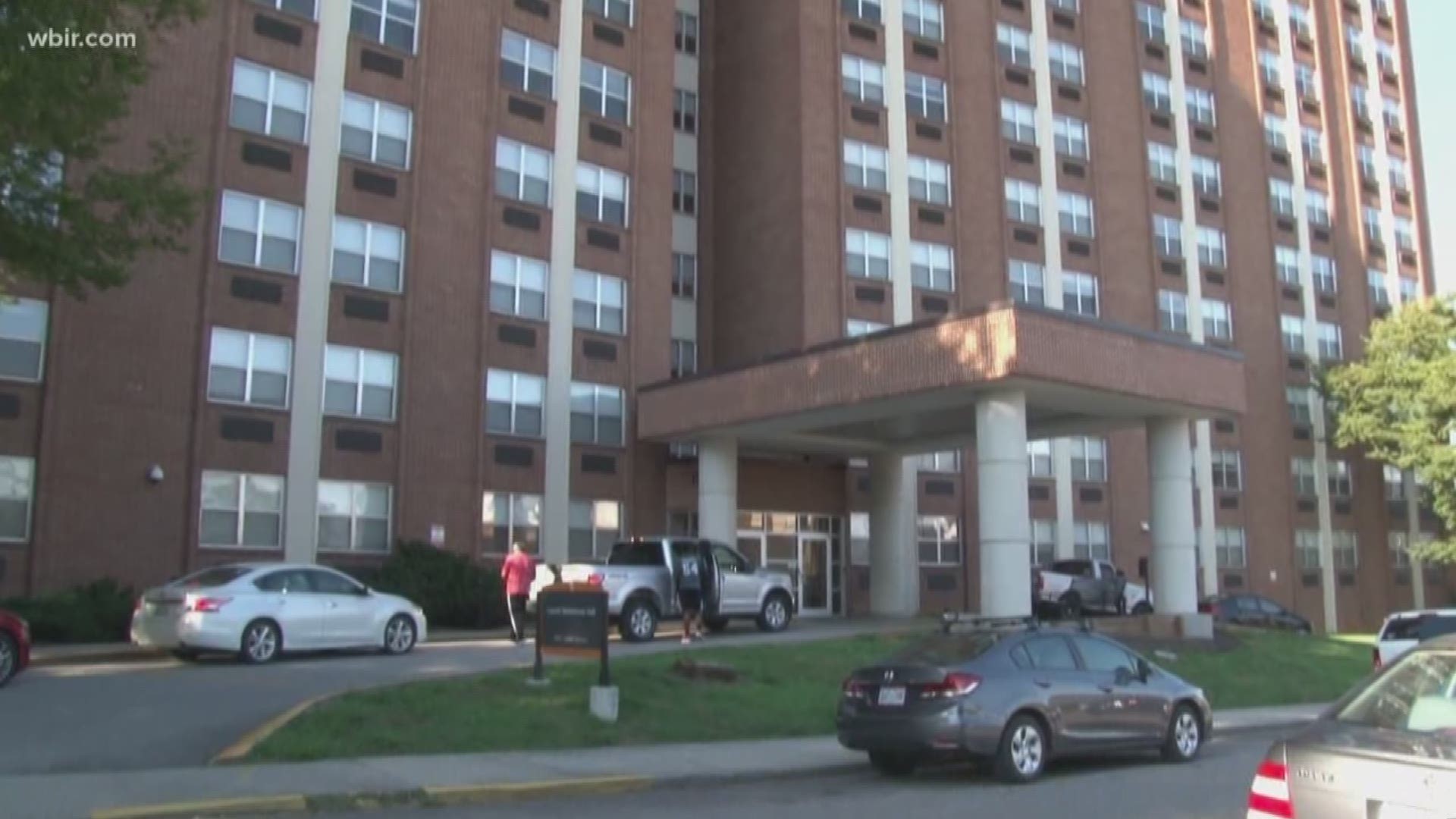 This comes after the university announced Wednesday it will close Laurel Hall for the rest of the year to clean mold.

The university is still working out the details to move 586 students into new housing for the rest of the year.

A university spokesperson says it's working with a number of apartment complexes that offer comparable or better amenities as Laurel Hall, as officials say most students will have to live off campus.

Officials say proximity to campus and providing the least disruption as possible are their top priorities, and administrators will work with students who don't have cars to help best place them.

As of Thursday, the building remained open and students were told they didn't have to move immediately -- saying the process could days or weeks to fully clear the building.

You can read the full relocation options here.

A spokesperson says cleaning crews are also working in South Carrick Hall, but testing did not indicate elevated levels of mold.

It's not clear what kind of mold was found found but the university says it expects a full report on it next week.

The University of Tennessee, Knoxville, will close one of its residence halls for the rest of the academic year to remove mold from some of the rooms.

Laurel Hall's 586 residents will be relocated over the next few weeks for the remainder of the fall and spring semesters.

"Preliminary air sample results show elevated levels of mold in several rooms and common areas in the building. At this time, the university has no reason to believe that there are major health and safety risks that necessitate immediate relocation," according to a release from UT Wednesday.

According to the university, Laurel Hall residents have been advised to contact University Housing if they have chronic health conditions that may be exacerbated by the presence of mold.

Last week, students living in South Carrick Hall at the University of Tennessee were notified that they will have to have to study in common areas during the day while crews remove mold in rooms there.

UT Housing told 10News that dorms in Laurel Hall have hotel-style units where the residents have total control of the units which has led to a variety of humidity levels. For example, a resident could have the windows open in one room with the air condition also going, the air condition could be on high in another room, and the heat could be on in another.

Remediation is expected to take 18 weeks, according to UT Housing.

“First and foremost, our concern is for our students’ health and safety,” said Chandra Myrick, executive director of University Housing. “In this instance, we know moving will be disruptive to their semester, so we are providing as many resources and as much support as we can to help through this process.”

University Housing has been communicating with affected residents and will provide a moving timeline and offer accommodation options to Laurel Hall residents.

"As you know from recent communications, University Housing has seen an increase in maintenance requests for issues related to humidity and mold or allergens. After further inspection and air-quality testing, we have found elevated levels of mold in Laurel Hall," the university wrote in a letter to students.

University Housing said it is still lining up on-campus and nearby off-campus housing options and said the university will work closely with affected students to ensure they receive any needed assistance during the transition.

The students won't be moving out Wednesday and it's unclear how long it will take to move everyone out. The university said it hopes the move-out will not take a month.

Belfor Property Restoration, a certified microbial remediation company that has a contract to work with the state of Tennessee, will lead the cleaning project. The company has indicated that full remediation of the building will take at least 14 weeks.

A building inspection revealed last week visible mold in several locations. After that, staff met with Belfor, UT’s Office of Environmental Health and Safety, and Facilities Services to develop a plan, which included placing 42 dehumidifiers throughout the building to stabilize the environment and reduce further mold growth.

Staff sent emails to Laurel Hall residents the same day and alerted them to the issues, the university said in a release. The following day, a certified industrial hygienist conducted a building-wide inspection.

Full air quality test results for Laurel Hall are still pending, the release said. The university expects to receive a full report from the certified industrial hygienist next week.

"The industrial hygienist said significant rain and above-average humidity coupled with certain aspects of the building—individually controlled air conditioning units within each suite and the ability to open room windows—likely contributed to escalated mold growth," the release said.

According to the university, all residence halls were inspected before the start of the academic year.