A raccoon knocked out power to more than 42,000 customers early Thursday morning in West Knoxville. The outage was unusual due to its size, but KUB said animals account for around 10 percent of its outages. 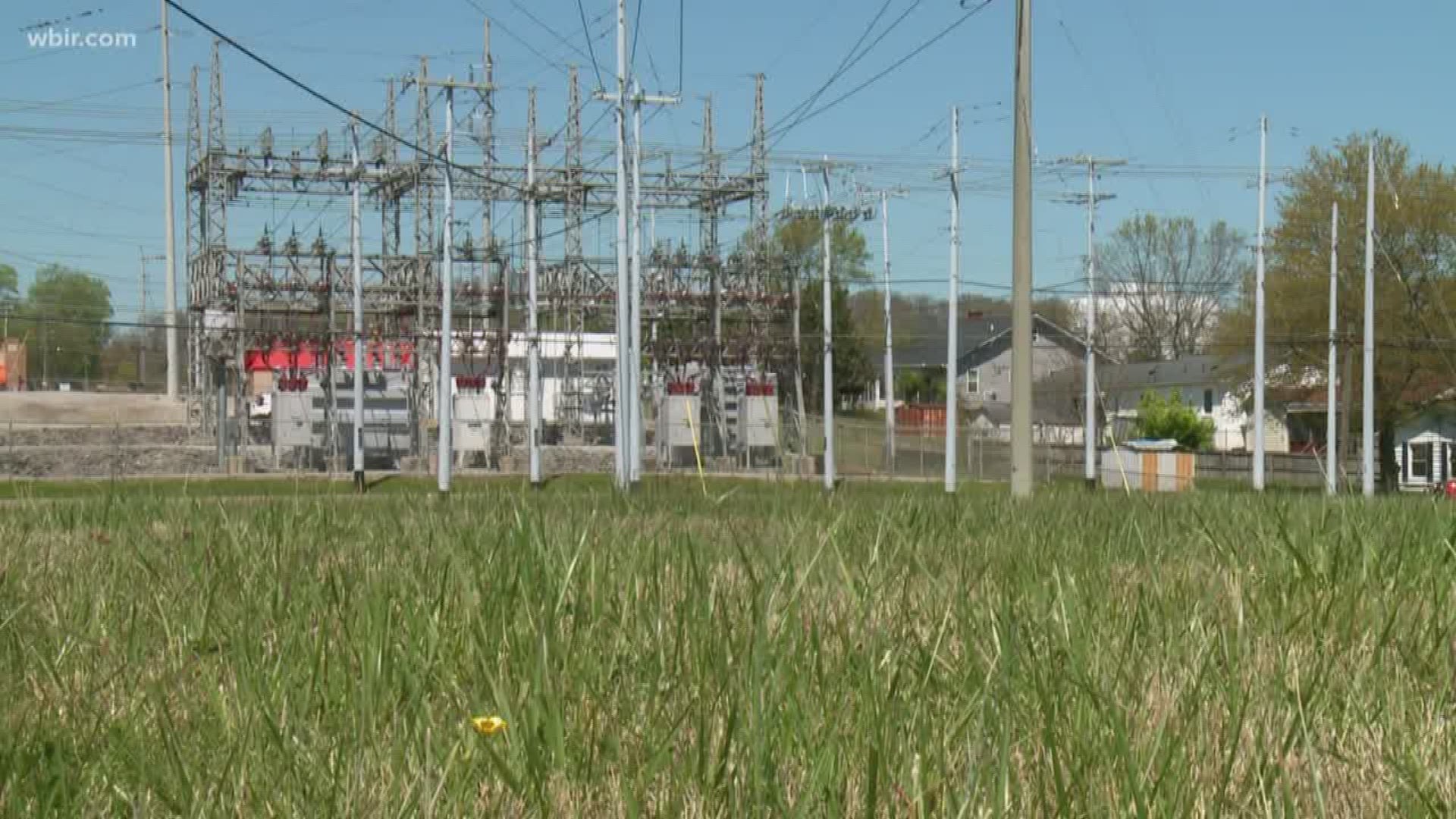 Knoxville — Knoxville Utilities Board (KUB) blames a raccoon for knocking out electricity to 42,900 customers in West Knoxville early Thursday morning.

KUB surveillance cameras captured video of the explosion at around 4:30 a.m. at its West Hills substation. As you would expect, the animal did not survive.

Credit: WBIR
The explosion at KUB&#39;s West Hills substation killed a raccoon and knocked out power to more than 42,000 customers.&nbsp;

While this outage was unusual due to the large number of customers impacted, electrical problems caused by animals is nothing new for utility companies across East Tennessee.

"Wildlife outages were about 10 percent of KUB outages in 2017," said KUB spokesperson Stephanie Midgett. "The problem is when an animal touches two lines and completes a circuit. The animal becomes the link between the lines and they almost never survive."

KUB said curiosity likely killed the raccoon and the power Thursday morning. There is no food or other attraction for raccoons at the barren substations.

Credit: WBIR
A bird takes off from a powerline in Knoxville.

Birds and squirrels are frequently found at substations, which can attract snakes in search of prey. In 2012, a snake slithered into a substation in Athens and knocked out power to thousands of customers in McMinn County.

Birds have a knack for running afoul of utility companies as their wingspans can complete a circuit.

"Usually, it is birds [that cause outages] and squirrels are extremely common. Nationwide, squirrels are one of the top animal causes of power outages," said Midgett.

Credit: WBIR
Wildlife protection devices at a KUB substation act as a barrier between electrical lines.

KUB has installed wildlife protection devices at around half of its substations. It costs around $100,000 to retrofit one substation with the equipment. KUB plans to eventually have the devices installed at every substation.

"The devices you see that look like red fans, those are our wildlife protection devices. What those do is make it difficult or impossible to reach two touch-points at the same time," said Midgett.

On some occasions, utility crews have located potential problem-animals and removed them before an accident occurs. In 2006, the Knoxville animal control unit worked with KUB to coax a raccoon down from a utility pole in North Knoxville.

Credit: WBIR
In 2006, KUB removed a raccon from powerlines in Knoxville before an accident could occur.

There is no foolproof solution to prevent animals from causing electrical outages. As long as we coexist with wildlife, a few fatal shocks and inconvenient outages will come with the territory.

Some memorable animal-related power outages in Tennessee include:

Animals are an obvious issue, but so are plants. Midgett said the overwhelming majority of KUB power outages are caused by trees.