UTPD will amp up security around The Rock after hate messages

UTPD is responding after another incident of hate speech on UT's Rock occurred Saturday night. 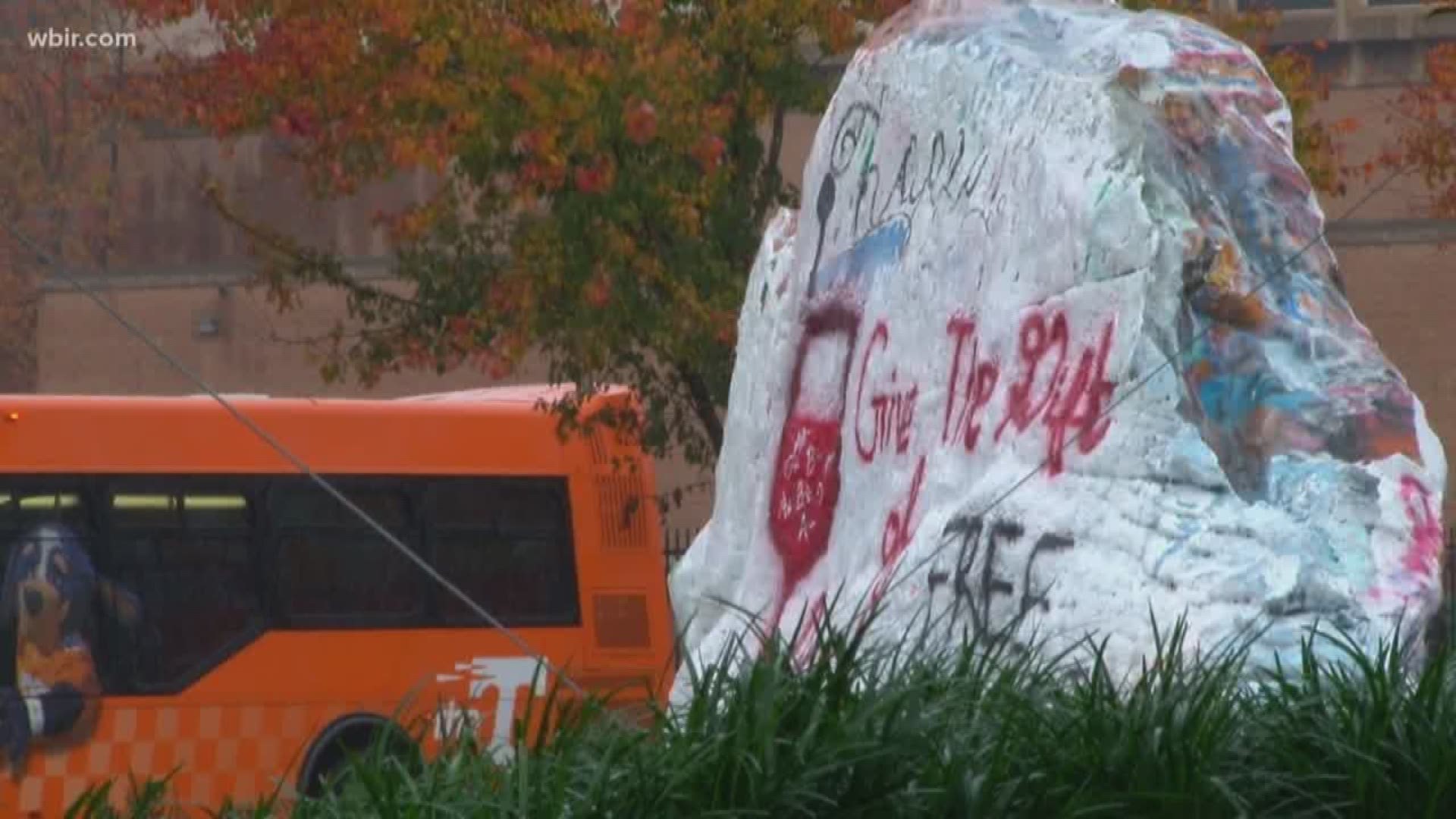 Knoxville — Police on UT's campus are ramping up patrols.

Symbols of hate were spray painted on a campus landmark Saturday night.

It's the second time in two years it has happened.

Since then, they've been painted over with messages of unity.

UT released a statement, saying the messages do not represent its Volunteer values.

Student Leah McCord says she saw a group of people in masks spray painting hateful messages and swastikas across the rock.

"It's important that people have access to freedom of speech," McCord said. "But when you're inciting violence, it kind of trips over into another territory."

UT student Mitch Moskowitz is the vice president of the Jewish student group on campus--Hillel.

He says the hateful messages actually united people in their stance against hate.

"Whether you are a Jew, a Muslim, black, white, gay straight, trans--it doesn't matter," Moskowitz said. "Be confident in who you are...Just by being here, we as Jewish students are helping people to learn what Jews are like."

Some people commented, asking what free speech is on a college campus.

It says the campus community "may not substantially obstruct or otherwise substantially interfere with the freedom of others to express views they reject or even loathe."

So the university can't stop it, but UT Police Chief Troy Lane says UTPD is adding security to the area.

"Even at times, we'll have visible presence there," Lane said. "Certainly, we'll check the area much more than we have."

Many of you also asked about adding cameras.

He says they're a possibility.

"We still have to weigh free speech constitutional concerns with safety, so there's really a lot of things to consider when we talk about adding cameras," Lane said. "Does that inadvertently keep someone else from expressing themselves?"

Chief Lane says Monday morning, he encouraged his officers to be open to free speech concerns, especially if anyone feels unsafe after a situation like this.