If you have been on social media recently, you probably have seen posts claiming apple cider vinegar will help you lose weight. But is it true? 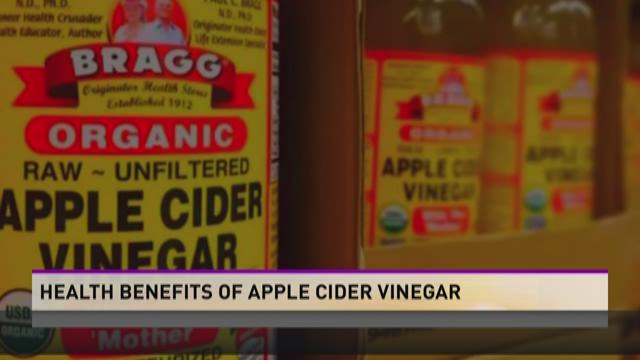 If you have been on social media recently, you probably have seen posts claiming apple cider vinegar will help you lose weight. But is it true?

That study was conducted in Japan in 2009. It took obese but otherwise healthy subjects and gave them two tablespoons a day for 12 weeks. During that time, subjects in the high-dose treatment group did lose about four lbs. Four weeks after the study, though, most gained that weight back, but that does not account for lifestyle changes.

The conclusion was that vinegar did help reduce body weight and was also found to help patients with diabetes control blood sugar levels.

Multiple studies showed it helped block the digestion of starch, preventing some of that starch from raising your blood sugar.

Dr. Bell recommends people to stay away from the vinegar tablets -- saying they aren't as effective as the real thing.

So, we can verify there is some truth to apple cider vinegar being useful weight loss -- but it should go without saying that it needs to go hand-in-hand with keeping up a balanced diet and exercise routine if you truly want to form habits that keep the weight off. As always, there are no sure-fire quick fixes for weight loss, but the vinegar does have some promising health benefits.