Verify: No homeless deaths because of the cold in Knoxville

Last week, rumors started circulating about a local homeless death because of the cold. 10News sought to verify this. 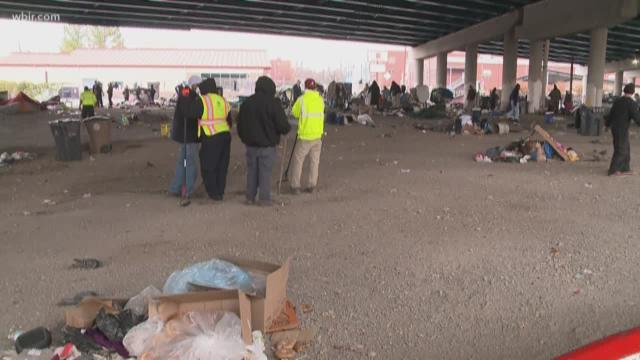 Many of you are concerned about these low temperatures and how the homeless are surviving in them.

Last week, rumors started circulating about a local homeless death because of the cold.

She now says she had wrong information.

In the post, she wrote, "two homeless folks died last week in the cold," and that she was headed downtown to ask churches to open their doors.

Knoxville City Councilmember Seema Singh Perez posted on Facebook that two homeless people had died from the cold. She later said she had received wrong information. No deaths from the cold have been reported in Knoxville.

When 10News reached out to Singh-Perez about the post, she said she heard it from other people, but that information is not correct. She later posted on Facebook explaining her information was wrong.

"So when I heard the two deaths, I didn't know any information about it, but it was very alarming," Singh-Perez said.

She then said she met with some church leaders and shelter workers who told her the rumor could have been confused with other possible deaths unrelated to the cold.

10News also reached out to Knoxville Police, and they said they have not received any reports of people dying from the cold.

"It's not true that two people died in the cold last week, but it could happen tonight," Singh-Perez said.

She said she went to the bridge area on Broadway and asked the people there what they needed, and says she's doing the same Thursday night. She also spoke with some local churches about possibly opening their doors as warming or overnight shelters.

Singh Perez says she knows it's a complicated issue, but she's is passionate about helping.

"Just whatever we can do," Singh-Perez said. "These are humans."

10News also reached out to KARM about homeless deaths, and they said they do not keep track of what may happen outside their shelter.

The city's Office on Homelessness told 10News they do not get alerts about homeless deaths and said it's a difficult number to track. The office said many groups and agencies are working hard to ensure those in need have a warm place to stay at night.