Veteran bear hunter: 'Bears are getting into more and more places where they've never been' 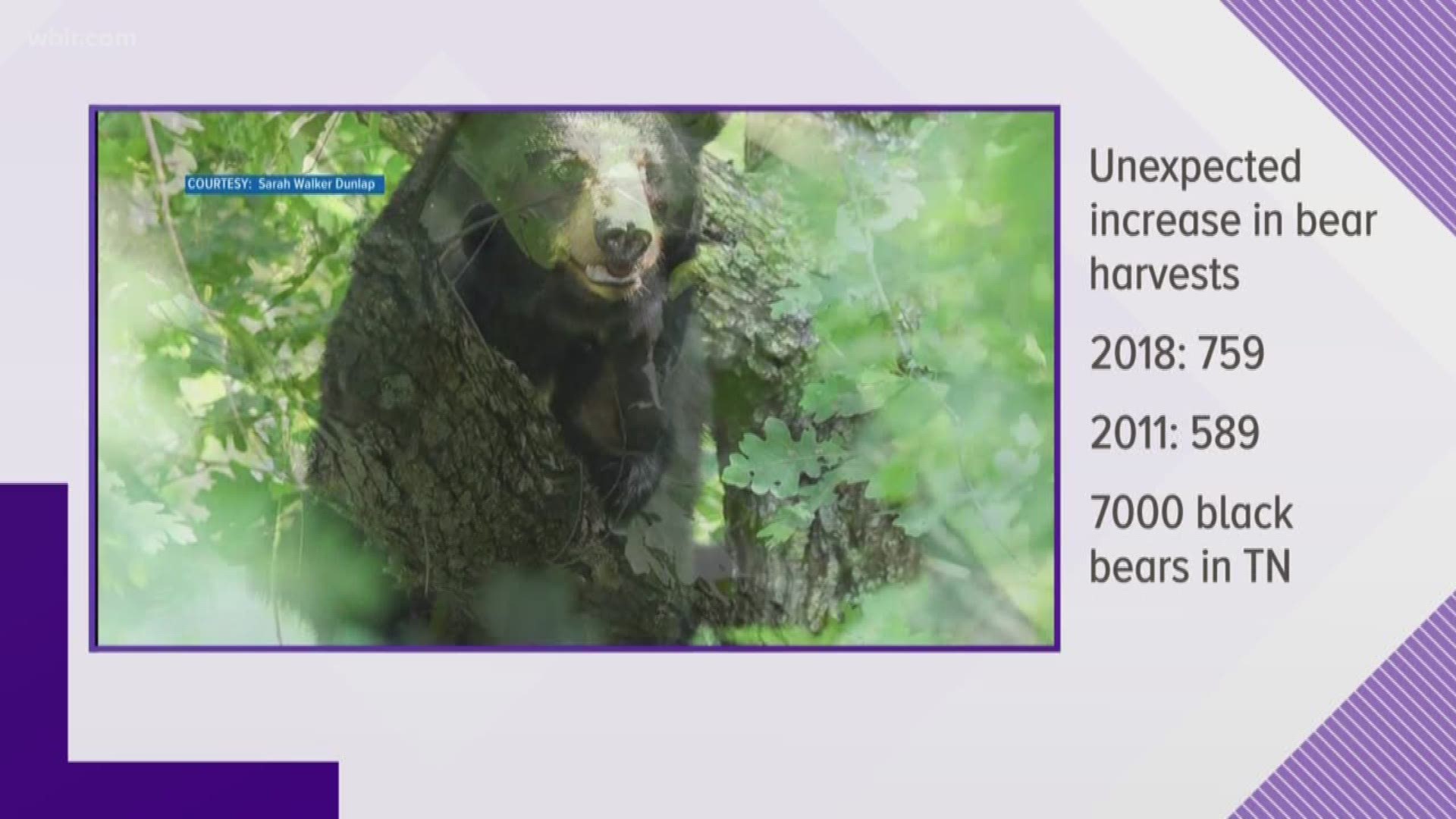 KNOXVILLE, Tenn. — TWRA says the record-breaking year for bear harvesting in 2018 was unexpected.

TWRA now estimates there are about 7000 black bears in Tennessee.

"Yeah, this here's Cove Mountain over here," veteran bear hunter Harold Robertson said, as he pointed to the mountain towering over Wears Valley.

Cove Mountain is one of his favorite spots to hunt bears.

"There's a lot of people that hunt this area," Robertson said.

He was hunting in 1988 when TWRA said hunters harvested 76 black bears in the state.

"There's more bears now than there was in '88, in my opinion," Robertson said.

TWRA would agree -- a lot more.

"Back then, you might walk a week, hunt a week and not find a track," Robertson said. "Now, you usually find a track within the first day or two."

Robertson says a bad season for acorns pushed bears from the Smokies into the areas surrounding the park.

"The bears are getting into more and more places where they've never been," Robertson said. "They're staying there... I think we're having more and more bears because in the park, the bigger bears are pushing the smaller bears out."

RELATED: Bears struggle to find food ahead of hibernation, move in to mountain towns

TWRA spokesman Matt Cameron says the increase in bear population shouldn't have too much of an effect on other animals.

"Bears are competitors with several different other species for the different hard mass and soft mass food sources out there, such as the different berries, and different nuts that all different types of animals eat," Cameron said. "So there may be a little bit of benefit to other animals, but by and large, it probably won't have that much of an effect."

"The hunters--we owe a big debt of gratitude to them because they've done a good job at following the law and helping us with our conservation efforts," Cameron said.

Robertson says it's important for people to always be careful around bears.

He says the growing awareness of the population increase has helped both people and the bears.