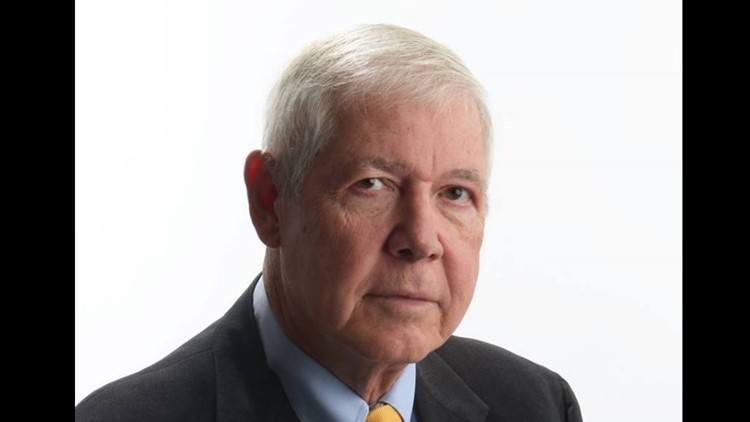 Crabtree retired in 2016, having worked in the Knox County District Attorney General's Office since 1976. His title at retirement was deputy district attorney general.

District Attorney General Charme Allen, who worked with him more than 25 years, praised him as "an unwavering champion of justice who served the citizens of Knox County through four separate administrations."

He was a mentor to all, a source of legal institutional knowledge and an ever-steady presence in the DA's Office, Allen noted.

"Bill Crabtree’s passing leaves a great void in the legal community," the chief prosecutor said Tuesday. "His legacy reaches far beyond Knox County. Personally, he was like a father to me and I will miss him dearly."

Around the office, and sometimes to members of the defense bar, he was known as "Crabby."

Reporters did not call him that.

Sometimes gruff, sometimes a contrarian, Crabtree also was wise, thoughtful and courtly, at least around women. When he found something funny, he'd usually just chuckle in a quiet, deep way.

His full name was William Harrison Crabtree, but he said only his mother called him that, usually just shortening it to "Harrison" if he was in trouble.

A former U.S. Marine, Crabtree was a native of Loudon County.

He received his law degree from the University of Tennessee College of Law.

He was recognized for his contributions to the profession.

He also had been honored with the B. Rex McGee Award for Pursuit of Legal Excellence and the Tennessee District Attorneys General Conference President’s Award in recognition of outstanding public service in support of Tennessee’s prosecutors.

Crabtree also was a champion of professional training for his peers. He was a faculty member of the National College of District Attorneys, receiving their Distinguished Faculty Award in 2010.

Crabtree worked with the late Jo Helm in 1996 to prosecute Pike for the torture and killing of Colleen Slemmer in January 1995. Pike is the only woman on Tennessee's death row.

Frazier, a journalist and Knoxville area choir organist, conspired with lover Lisa Whedbee to kill her husband, Rob, in 1994. The case was covered by Court TV and represented one of the first nationally broadcast trials from a Knox County courtroom.

In 2008, a Knox County jury convicted Eric McLean of reckless homicide in the March 2007 killing of an 18-year-old former student of McLean's wife, Erin. Sean Powell was parked outside the McLean home on Coker Avenue in North Knoxville when McLean shot him with a rifle, court testimony showed.