Gavin Grimm, the Gloucester County transgender student who took a bathroom case to the United States Supreme Court, dropped his case Friday, after years of high-profile litigation that could have marked the first transgender case to be heard by the high court. 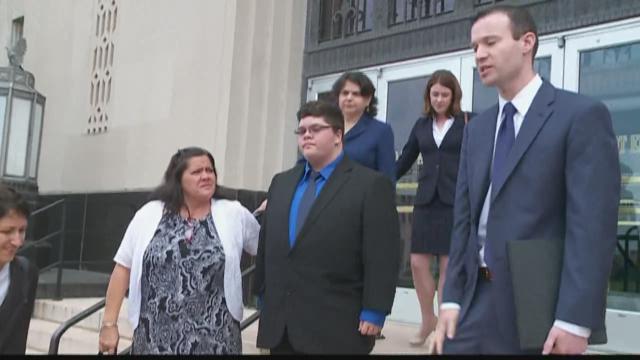 Gavin Grimm, the Gloucester County transgender student who took a bathroom case to the United States Supreme Court, dropped his case Friday, after years of high-profile litigation that could have marked the first transgender case to be heard by the high court.

Papers were filed in Richmond just before 4 p.m. to drop the appeal, because of concerns raised that Grimm no longer had standing in the case.

Judges with the Fourth Circuit Court of Appeals in Richmond ruled that Grimm may not be able to pursue the litigation, because the student graduated high school earlier this summer. Grimm hoped to change his Eastern Shore school’s bathroom policy, which prevented Grimm from using the men’s room.

Grimm was born a female but identified as male from his freshman year, and has since been taking hormone therapy. His case went to the U.S. Supreme Court for consideration, but was removed from the calendar March 6.

The justices said in an opinion without dissent that the case should return to a lower court in Virginia, after the Trump Administration changed the U.S. Department of Education’s policy on transgender bathrooms.

The Obama White House sent a letter to public school systems nation-wide, saying they could lose federal funding if students were not allowed to use the bathrooms corresponding to the gender with which they identify.

The ACLU released the following statement that Grimm's case will move forward at a district level:

The American Civil Liberties Union today filed papers ending Gavin Grimm’s request for an immediate halt to the Gloucester County School Board’s policy prohibiting him and other transgender students from using the common restrooms at school. The new filings clear the way for the ACLU to proceed with litigating Grimm’s case in district court.

“We believe that today’s filing represents the most efficient path forward to ensuring that justice is served for Gavin,” said Josh Block, senior staff attorney with the ACLU’s LGBT & HIV Project. “Gavin graduated from high school before his simple request to his school board to treat him like every other boy could be validated, but this case is far from over. We’ll continue to move forward so that Gavin’s rights are vindicated and so that we can ensure that no other transgender students in Gloucester County have to go through what Gavin went through.”

For the past three years, the ACLU has represented Grimm in a lawsuit challenging the school board’s discriminatory policy prohibiting boys and girls who are transgender from using the common student restrooms and forcing them to use separate facilities. Grimm had sought an immediate preliminary injunction ordering the school board to stop enforcing its policy against him while his case proceeded.

The landmark transgender rights case briefly made its way to the Supreme Court earlier this year before eventually being sent back down to lower courts for reconsideration following the Trump administration’s withdrawal of a Title IX guidance clarifying protections for transgender students.

Arguments at the Fourth Circuit Court of Appeals, which had previously ruled in Grimm’s favor, were originally scheduled for September. But the Fourth Circuit recently cancelled those arguments and asked the trial court to hold additional hearings to determine whether Grimm still needs an immediate injunction now that he has graduated from high school.

The ACLU has now withdrawn that request for an immediate injunction. The filing today instead continues to seek a more permanent injunction halting the school board’s implementation of their anti-trans restroom policy, as well as continuing to seek nominal damage claims on behalf of Grimm.

“Our fight to have our rights and dignity respected as trans people didn’t end just because I graduated from high school. I am in this for the long haul, and I remain hopeful that my case will help make sure that other transgender students are able to attend school safely and without discrimination,” said Grimm.