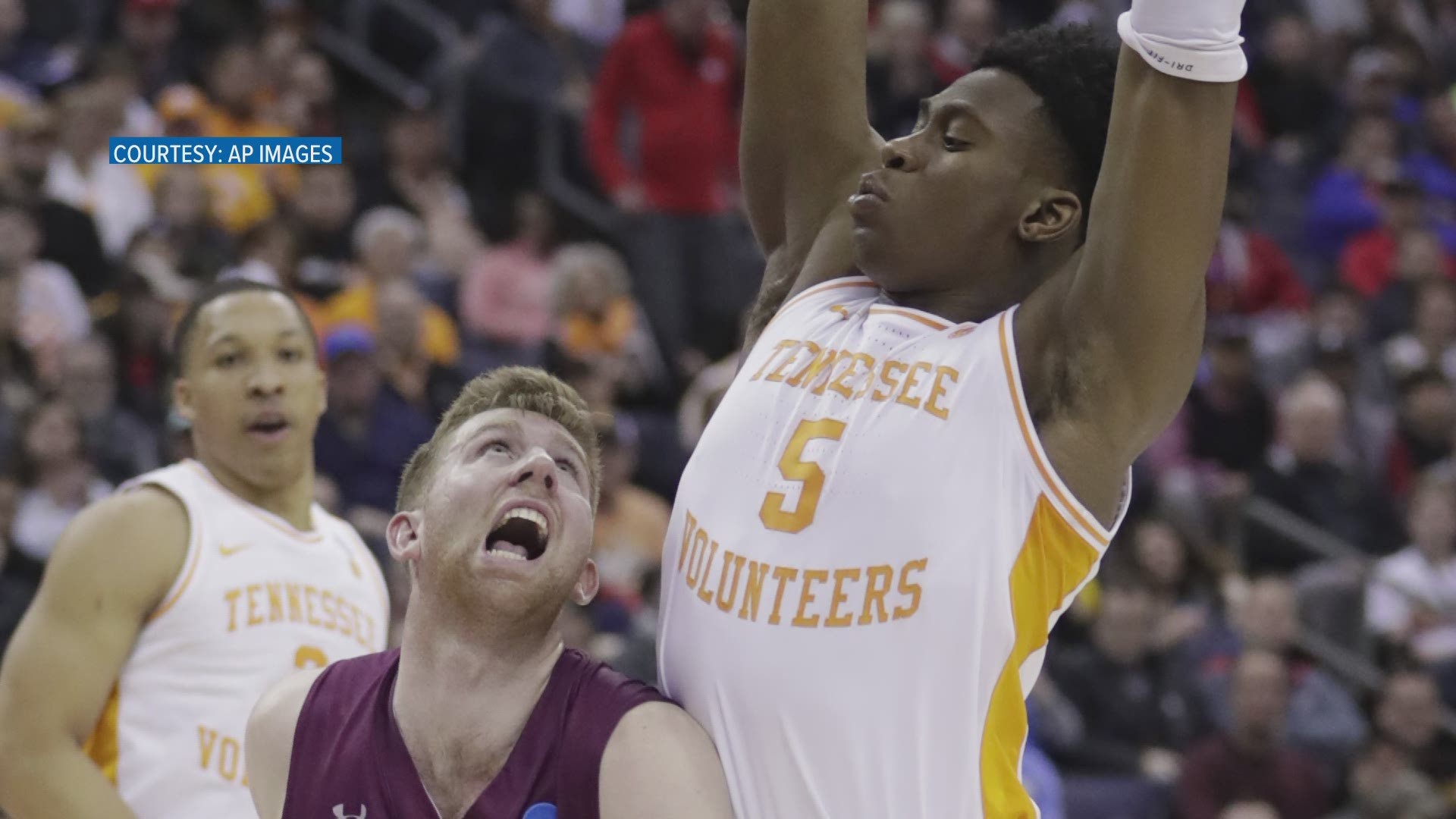 KNOXVILLE, Tenn. — Rocky Top is hyped on Big Orange fever as the Vols continue their ride in the Big Dance.

All season, one man has worked to pump up fans, whether they're at the game or not, through social media.

Now, the Vols are headed to the Sweet Sixteen.

RELATED: Sweet 16: Purdue is a dangerous opponent for the Vols

"It's a lot of fun," Associate Director for Social Media Strategy at UT Kellen Hiser said.

"(We're) really trying to give something that is going to be of value," Hiser said.

And it's doing a pretty good job highlighting the Sweet Sixteen-bound Vols.

Hiser said the One Fly, We All Fly tweet is the most interacted with tweet in all of college basketball this year.

"We really had no inclination that it was going to explode the way that it did," Hiser said.

He runs the account and said the tweet's popularity took him by surprise.

"It had been out before," Hiser said. "We thought that people had seen it."

So the tweets kept rolling through the season.

RELATED: So you want to follow the Vols to the Sweet 16?

That included one about Rick Barnes haters who said he just came to Tennessee to retire.

"They said the magic was dead, he hung a banner instead, a funny way to cruise into retirement," the tweet read.

Another memorable tweet came after a victory over Florida.

"A victory mammals everywhere can enjoy," the tweet read.

And there was another before the game against Alabama.

"Dixieland Delight is a song about Tennessee," the tweet read.

RELATED: These are the 10 most relatable reactions from the Vols' big win

"We are aware that that national audience is there, and it would get there when the team's on a national stage like the Sweet Sixteen," Hiser said. "But our focus has always been our die-hard fans."

There are many die-hard fans of a team primed to be one of the best in Tennessee history.

"We've gained almost 25,000 followers on Twitter since the start of the season," Hiser said. "Which is crazy--it's the fastest growing account in college basketball and a lot of that has to do with just the level of play."

Hiser said for a week like this, they have to plan way in advance to make sure they capture the experience of the Sweet Sixteen and take fans along for the ride.

RELATED: Let's talk about this board game the Vols are so obsessed with

RELATED: The top 10 most relatable reactions to the Vols SEC title game loss