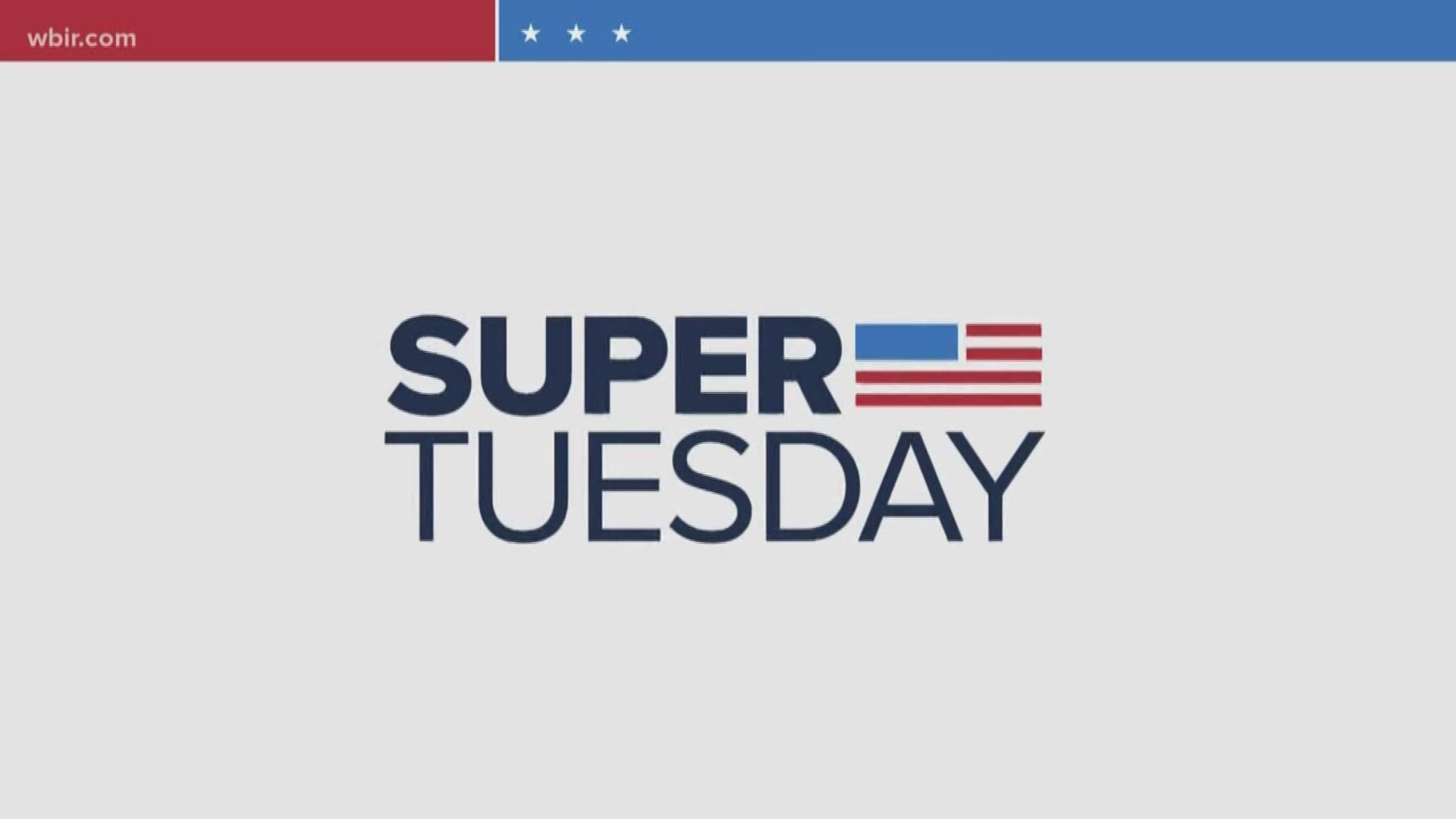 KNOXVILLE, Tenn. — Super Tuesday is upon us.

It's also known as the presidential primary. Tennesseans will cast their ballot Tuesday for a presidential nominee as well as several other county-held positions.

The presidential primary is traditionally held on the first Tuesday in March every four years.

Nationally, it's a big day for the candidates vying to become the country's leader. What happens on Super Tuesday will paint a clearer picture of which democratic nominee will go up against President Donald Trump in November's general election.

Unlike the non-partisan city election we just saw in November, when you go to vote you will have two ballots to choose from Democrat or Republican.

Primaries in Tennessee are "open" and that means a voter will have to register with a specific political party or declare an affiliation before they vote. This also means for local races, you will only get to choose between nominees in those parties.

For example, you cannot vote for both a democratic presidential nominee and a republican for a local office position.

After choosing your party, you'll choose a nominee for president. On the Republican ballot, there is also a long list of delegates to choose from. The Democratic ballot is a little shorter and does not include a list of delegates.

In Knox County, several county commission spots and school board representative spots are up for grabs, as well as criminal court judge, public defender, property assessor, and county law director.

RELATED: Candidates answer WBIR's questions about their positions on issues

Last week's early voting showed some promising numbers. The election commission says more people under the age of 30 are voting and city-county polling saw college students by the buses.

RELATED: Thousands of more ballots cast in 2020 early voting, compared to 2016 so far

If you are voting on Super Tuesday you will need: A photo ID, either a driver's license, passport or military ID, college IDs are not accepted.

An important note if you are in precinct 68e, your polling place has changed and is now at the Cedar Bluff Branch Library.

If you need to double-check to see if you are registered to vote or find your polling location you can visit govotetn.com or download the app