According to the Secretary of State's Office, some 2.28 million Tennesseans voted early. 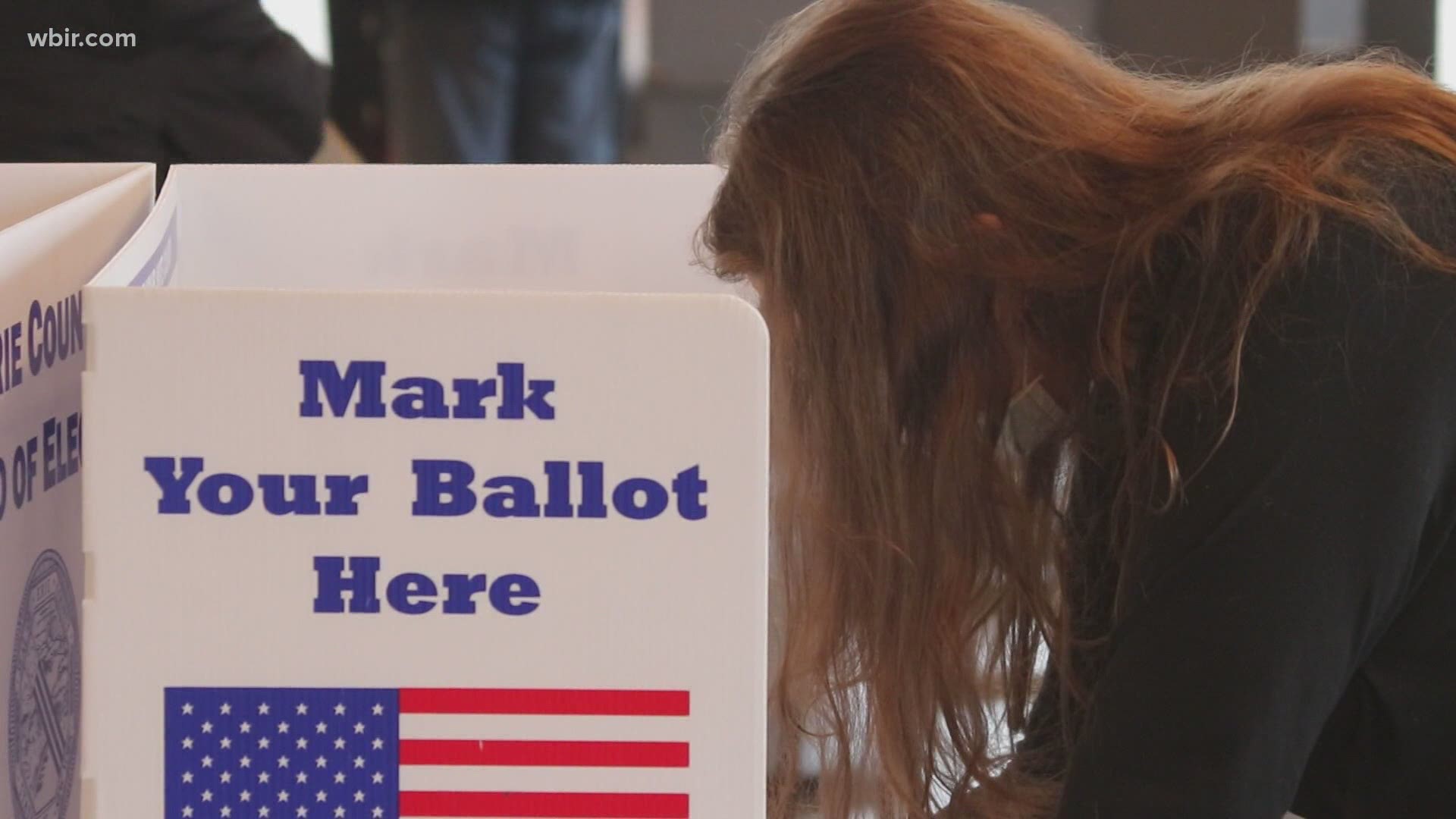 TENNESSEE, USA — Early voting ended in Tennessee with more than 2.28 million people casting a ballot, representing more than half of all those who qualify to vote in the state.

The Secretary of State's Office also states in total, 2.5 million votes were cast in Tennessee for the 2016 election.

There are about 290,000 registered voters in Knox County.

If you didn't vote during the 14-day early voting period, you can vote in-person on Election Day, Nov. 3.

Also, if you haven't yet turned in your mail-in ballot, you can take it Tuesday to the Downtown Knoxville post office on Main Street. It must have proper postage and it must be turned in for mailing by 3 p.m. Tuesday.

The Downtown Knoxville post office is the only branch in Knox County accepting drop-off, mail-in ballots.

Another sign of strong interest by the public in Tennessee to vote before Nov. 3: Turnout in six counties -- Cheatham, Davidson, Loudon, Rutherford, Williamson and Wilson -- from early and absentee voting has already surpassed the early, absentee and Election Day turnout totals from 2016, according to the Secretary of State's Office.

The total number of people who voted in the presidential contest here in KC was 180,697.

Figures for earlier presidential races weren't immediately available. Trends, however, have shown early voting increasing in the county from the past to the present.