Reba Williams and her husband said what they thought were their final words during the Gatlinburg wildfire in 2016. 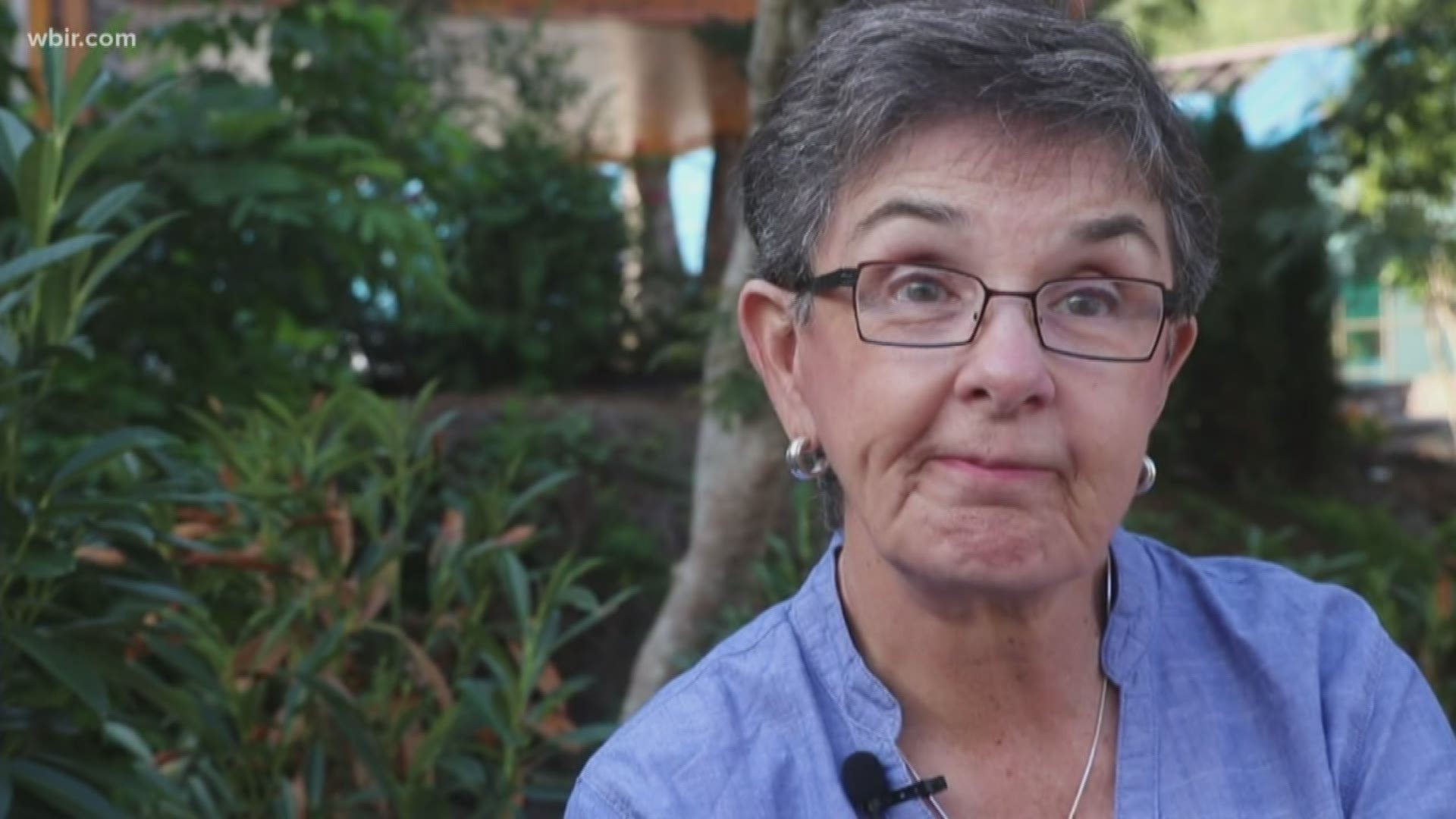 GATLINBURG, Tenn. — Reba's story is featured in "If We Make It", Episode 1 of Inferno: The Gatlinburg Disaster. To hear her story of survival from Reba herself, head to iTunes, WBIR.com, or wherever you get your podcasts.

Through the ups and downs of the year, a high point for Reba Williams of Alabama is her traditional trip to Westgate Resort in Gatlinburg.

"It is a pleasure. Every year, I get my calendar and say, 'Now when am I going to Gatlinburg?' I love it," said Williams.

Williams and her husband made the trip in November 2016. Someone knocked on their door on the fourth floor and told them there was a mandatory evacuation.

►LISTEN: "I saw Jesus in the white light. The white tunnel."

"We didn't know it was an emergency and just got on the elevator," said Williams.  "It went down half a floor and then the power went out."

Credit: WBIR
Smoke fills Gatlinburg on the afternoon of Nov. 28, 2016, as a strong storm moves in and fans flames of a deadly wildfire.

Williams pressed the emergency buttons and called 911 at around 8:00 p.m.  The dispatcher said help was on the way.

Reba and her husband waited. And waited. She called 911 a few more times. Despite assurances crews were on the way, nobody showed up.

RELATED: WBIR launches Inferno | The Gatlinburg Disaster, a podcast on the 2016 wildfires

"We were isolated in this box and did not know what was going on outside. The roads were blocked," said Williams. "About 3:30 a.m., we saw a red glow at the bottom of the elevator. My husband, who is an engineer, said we are trapped in this box and we're not going to make it out. So, then I tried 911 one more time."

When a dispatcher answered, Reba exclaimed, "The elevator is on fire. We're burning!"

Credit: WBIR
911 transcript of the call from Reba Williams trapped inside a burning elevator at Westgate Resort during the Nov. 2016 Sevier County wildfire.

After telling the dispatcher her location, he instructed her to get to the lowest point in the elevator and cover her face with clothing.

The lowest point for the dispatcher was when he learned crews tried and failed to reach them through a tangle of burning trees and power lines for eight hours.

The dispatcher tried to keep Reba calm, telling her, "They're getting closer, Reba. I'm still here with you. Okay?"

The elevator was filled with smoke. Reba prayed to die from smoke rather than fire. Embers were already starting to burn her clothes.

With a fiery hell creeping up from below, Reba and her husband made plans for up above.

"We said our goodbyes to each other and said, 'See you in heaven.' We just, we knew that was the end," said Williams.  "I passed out. I saw Jesus in the white light in a tunnel. And I remember his arms were not extended out, so maybe he's not ready for me yet.  And about that time I heard someone say, 'Ma'am, you've got to stand up.'"

Fire crews finally reached the elevator and pried it open. Reba severely burned her hand when she grabbed the metal railing inside the elevator to pull herself up. She passed out again.

Credit: WBIR
Only the elevator shaft remained after the 2016 Gatlinburg wildfire burned the building where Reba and Joe Williams were trapped in the elevator.

Crews rescued her husband and carried an unconscious Reba down three flights of fiery stairs.  The heat was so intense, it melted a firefighter's helmet.

"The next thing I remember, I was in the ambulance with an oxygen mask and we were on the way to Knoxville to the trauma unit," said Williams.

Williams and her husband were treated for burns and smoke inhalation.

After the fire, the only thing left standing of the building where she was trapped was the elevator shaft.

911 dispatcher Timothy Fisher meets Reba and Joe Williams, of Alabama, for the first time one year after he answered their 911 call while they were trapped inside an elevator in the Westgate Resort during the Sevier County wildfires. Nov. 28, 2017.

The Williams family is forever grateful to the dispatchers, firefighters, and the Westgate Resort staff who took care of them.

"It is people and relationships that count," said Williams.

Williams has returned to Gatlinburg several times and she'll keep coming back.  After a night when they would not go down, the highs of the Smokies feel even closer to heaven.

"I'm a walking talking miracle.  I should not have come out of that thing alive.  But I did," said Williams.