Preschool Genius: Meet the Farragut 5-year-old that has a higher IQ than most people

Aayush Sen, 5, is the newest member of an elite international high IQ society. 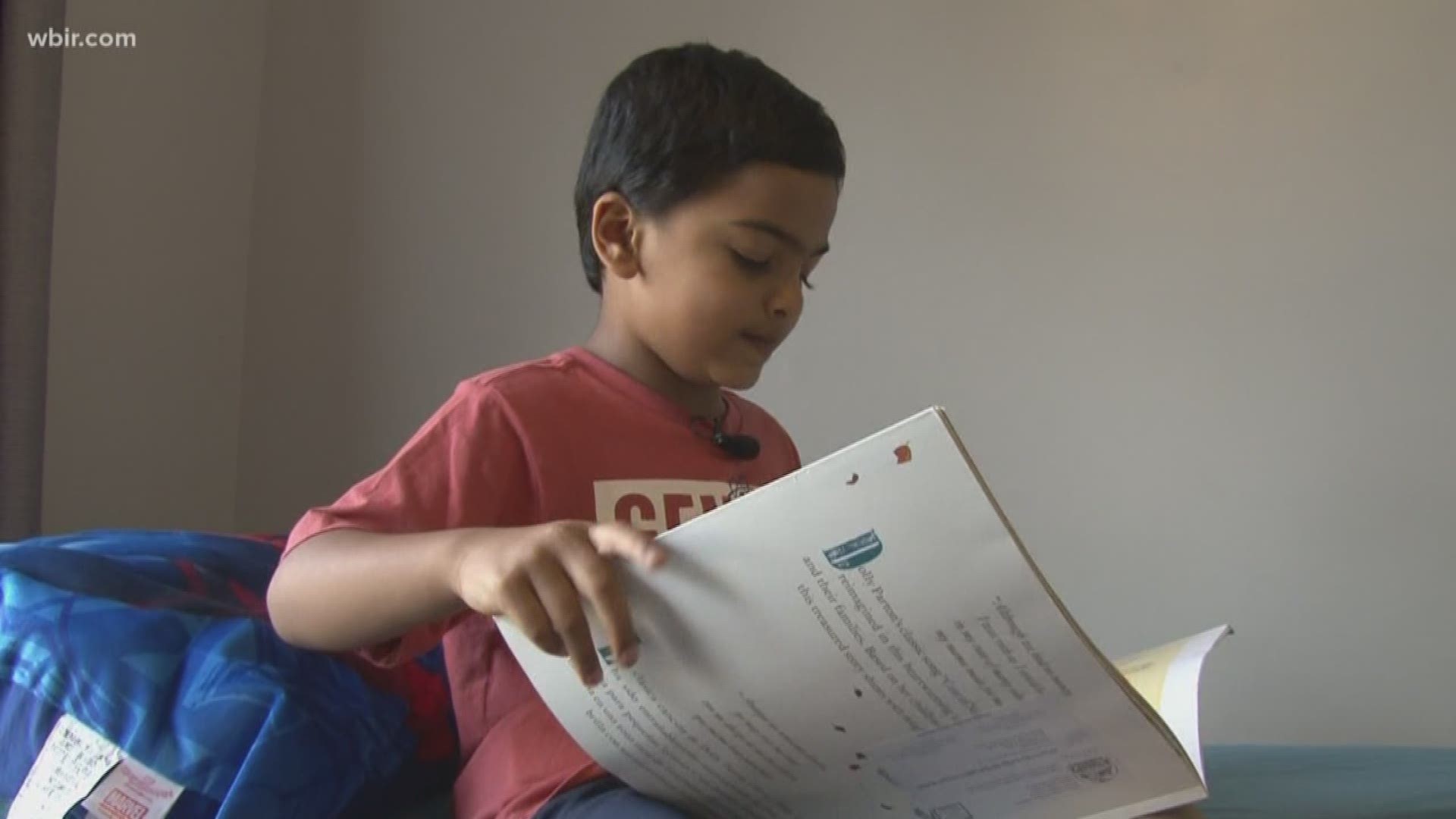 Aayush Sen is your average 5-year-old kid in every way -- except his IQ score.

While he focuses on playing with his superhero toys, his parents are hoping they can keep up with his brain.

Aayush was recently certified a genius, but being a young prodigy isn't a top priority for Aayush.

Like most in East Tennessee, he can belt out a hit by Dolly Parton. The difference is the preschooler has been able to read the lyrics for "Coat of Many Colors" for quite some time.

He's not just all brains, either. Aayush loves playing soccer and basketball.

His parents didn't think too much about their son's advanced reading and math skills until last fall.

"He actually recited a four and a half minute-long recitation by a Bengali Nobel laureate," said Paulomi Sen, Aayush's mom.

So Aayush's parents took him to UT to take an IQ test for kids his age.

He scored a 138, putting him in the 99th percentile of kids his age.

The average IQ score for any human is 100, so he's pretty smart.

For them, that was apply Aayush to be a member of Mensa. That's an international high IQ society that only accepts people with scores in the top 2 percentile of the world's population.

Aayush was accepted into the American Mensa at just five years old.

The group has around 50,000 members, but only 62 of those people are ages five and under.

"They provide lots of resources to build and nourish the IQ," said Sen.

The Sens applied Aayush for membership to Mensa to get all the help they can keeping up with rapid learning speed.

As their son prepares for kindergarten, the Sens hope he'll be challenged. But above all, they just want him to be a happy kid.

Aayush's parents credit a lot of his intelligence to Dolly Parton's Imagination Library. They've been reading those monthly books to him since he was just a few days old.

Aayush will start kindergarten in Farragut in the fall.