Bean still says he was lucky, saying he's thankful for the help from strangers he's received so far. 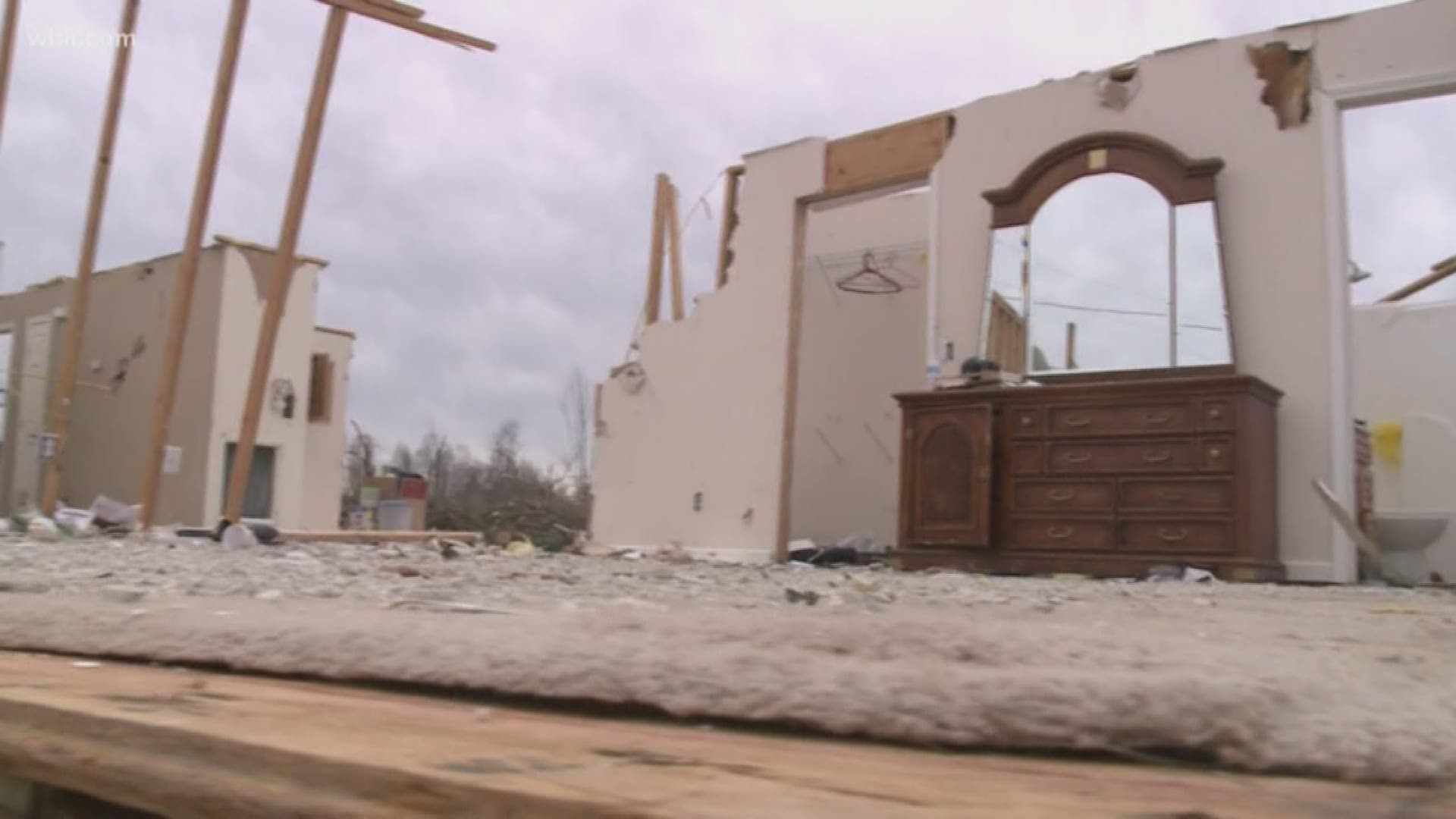 PUTNAM COUNTY, Tenn. — A man living on the outskirts of Cookeville is thankful he and his family are still alive after an EF-4 tornado tore through his house in the late hours of the night Tuesday.

Still wearing the same clothes he had on when the storm hit, Gary Bean walked us through the moments the storm hit.

"I had been sitting here watching television, and all of the sudden the tornado warnings went out," he said. "It wasn't three minutes later and we heard it coming."

Bean, his son and his son's girlfriend rushed down to the basement.

"Just as soon as we hit that concrete floor... the house blew away. All of the sudden, it just kept getting louder, and louder and louder -- it sounded like a giant freight train coming," Bean said.

He said once he heard it hitting the house, he knew the roof was gone.

In the aftermath, his home had been destroyed. The room he had been sitting in was ripped apart. Chunks of the home were missing and exterior walls were blown away with the roof.

Homes in the line of the tornado were similarly lost.

However, just a few yards away across the street from Bean, some of his neighbors' homes remained standing and suffered comparatively minor damage such as a few broken windows.

Bean still says he was lucky, saying he's thankful for the help of strangers he's received so far.

"We would have died if it hadn't of been for the basement. It would've sucked us out," Bean said.