For a couple that loved Game of Thrones, adding wolves to the wedding was one way to make the special day even more memorable. 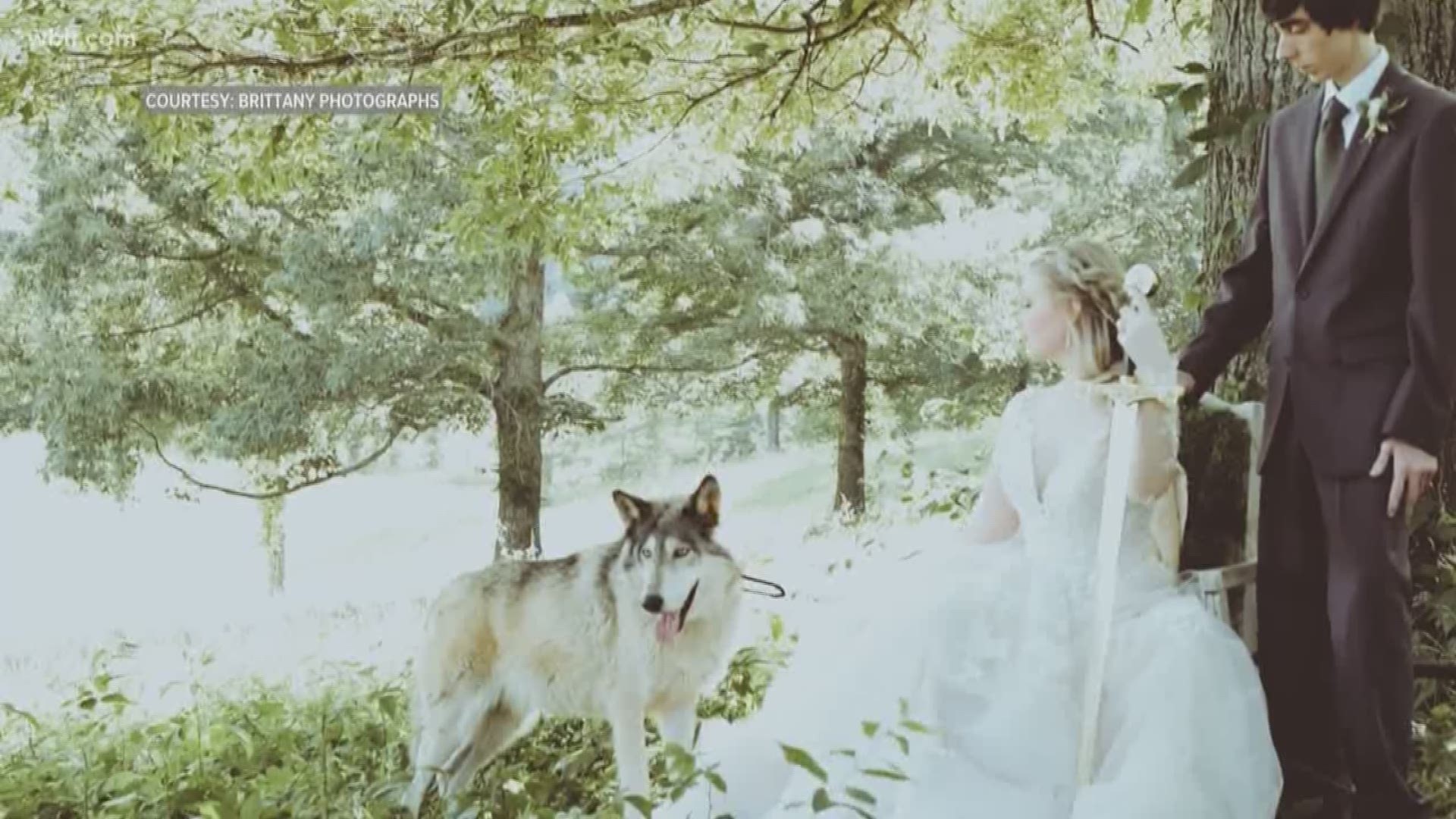 Knoxville — Since their relationship started in 2009, Dylan and Alyssa Richardson have bonded over their love of fantasy literature and entertainment.

When the couple was married, they poured their passion into every element of the wedding day, and even a year after the event, national media outlets are spotlighting their fantasy theme.

"A Game of Thrones" was the first book the couple read together, and their wedding was heavily influenced by the work.

"Wolves are such a huge part of 'Game of Thrones' for me it was like, 'Oh my gosh, if I can do this than that would be awesome,'" Alyssa Richardson said. "But the reality side was telling me this was going to be like insanely expensive."

Dylan proposed in 2015, but the wedding wouldn't be for another two years. The long engagement gave Alyssa time to save and browse Pinterest for the inspiration for her perfect wedding.

After Richardson found Wildefell Wolves in Harriman to provide the animals, the couple had to find other vendors that would agree to work with wolves.

"I have like a vivid memory of me holding the sword and looking down, being directed by the photographer, then looking up and just seeing people stop in their tracks and just jaw drop," Richardson said.

Only guests with small children were told there would be wolves at the wedding. Everyone in the wedding party taking photos with the animals had to sign a waiver.

"It was beautiful, but simultaneously a way to get everyone involved," Richardson said.

Though the wedding took place in May of 2017, the themed event has garnered national attention recently. Just this month the Wall Street Journal featured the event. Previously, Brides Magazine and The Pink Bride featured details of the occasion as well.

"It was just so bizarre to think that one crazy idea that I had would turn into something that people were inspired by," Richardson said.