Weigel's will only sell milk that's produced in Tennessee

Weigel's sells more than 2.5 million gallons of milk each year, and now it will all be produced on Tennessee dairy farms. 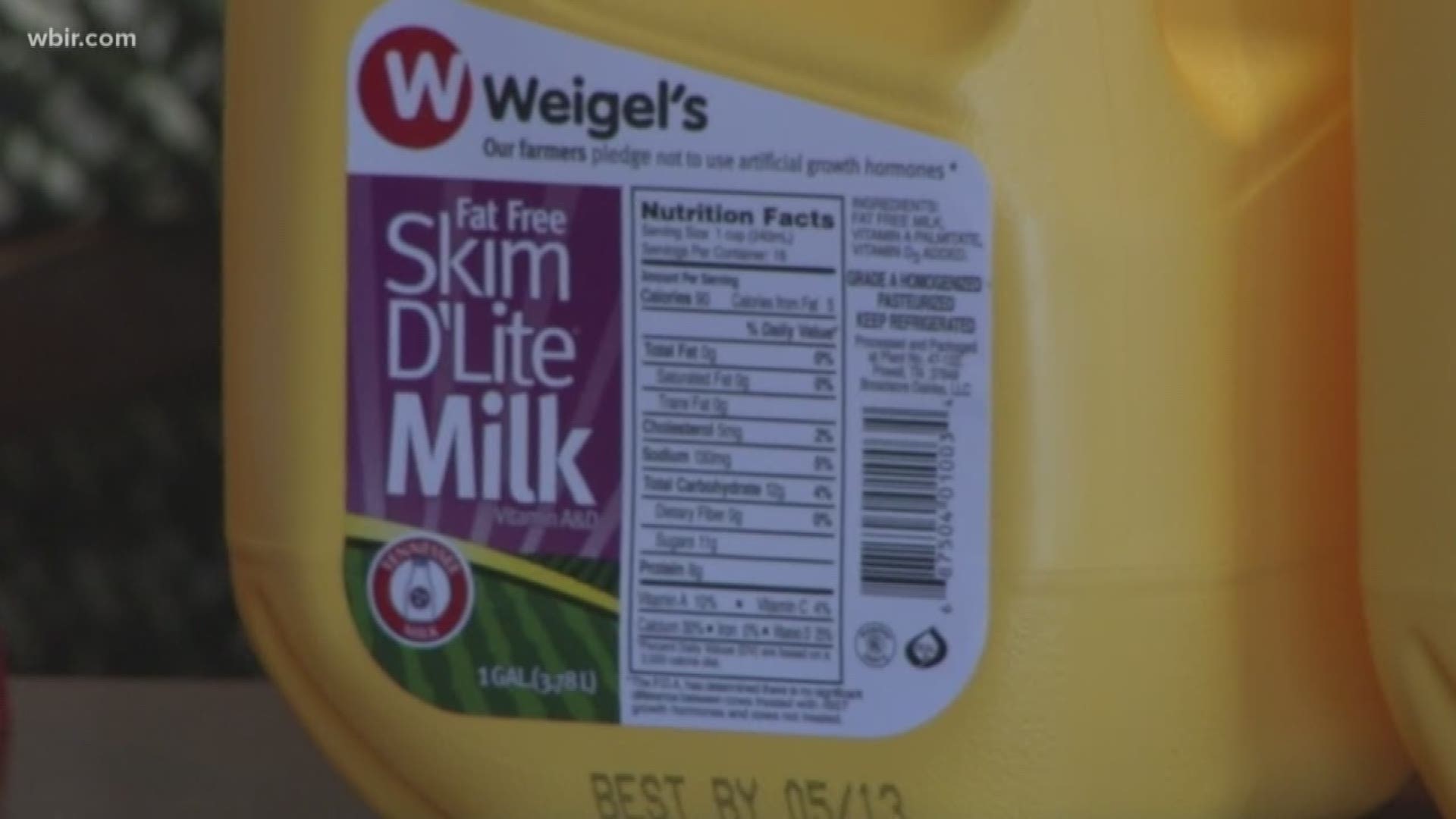 KNOXVILLE, Tenn. — If you get milk at Weigel's you can by sure you are supporting local farmers.

Last year, state legislators passed a bill enacting the Tennessee Milk logo, which shows that the milk was entirely sourced, processed, and bottled in Tennessee. It was an effort to support struggling Tennessee dairy farms.

Now, Weigel's, which is one of the state's largest milk processors, has committed to using milk produced exclusively in Tennessee.

"Weigel’s has a history of being innovative with industry-leading decisions, and their choice to use only Tennessee-produced milk is a great example of that,” Agriculture Commissioner Charlie Hatcher, D.V.M. said. “We are thankful that Weigel’s is choosing to support Tennessee agriculture. This commitment will truly impact and benefit the bottom line for dairy farmers.”

Weigel’s has 67 locations across East Tennessee and sells more than 2.5 million gallons of Tennessee milk each year. The company was among the first in the region to distribute pasteurized milk.

“Milk has been an important part of our heritage for more than 85 years,” Weigel’s chairman Bill Weigel said. “This new logo represents the pride and dedication of our Tennessee farmers, and we are proud to announce that Weigel’s will process and distribute milk only from Tennessee dairy farms.”

All of the milk processed by Weigel’s will feature the Tennessee Milk logo. The logo was created to help consumers identify milk that has been entirely produced, processed, and bottled in Tennessee.